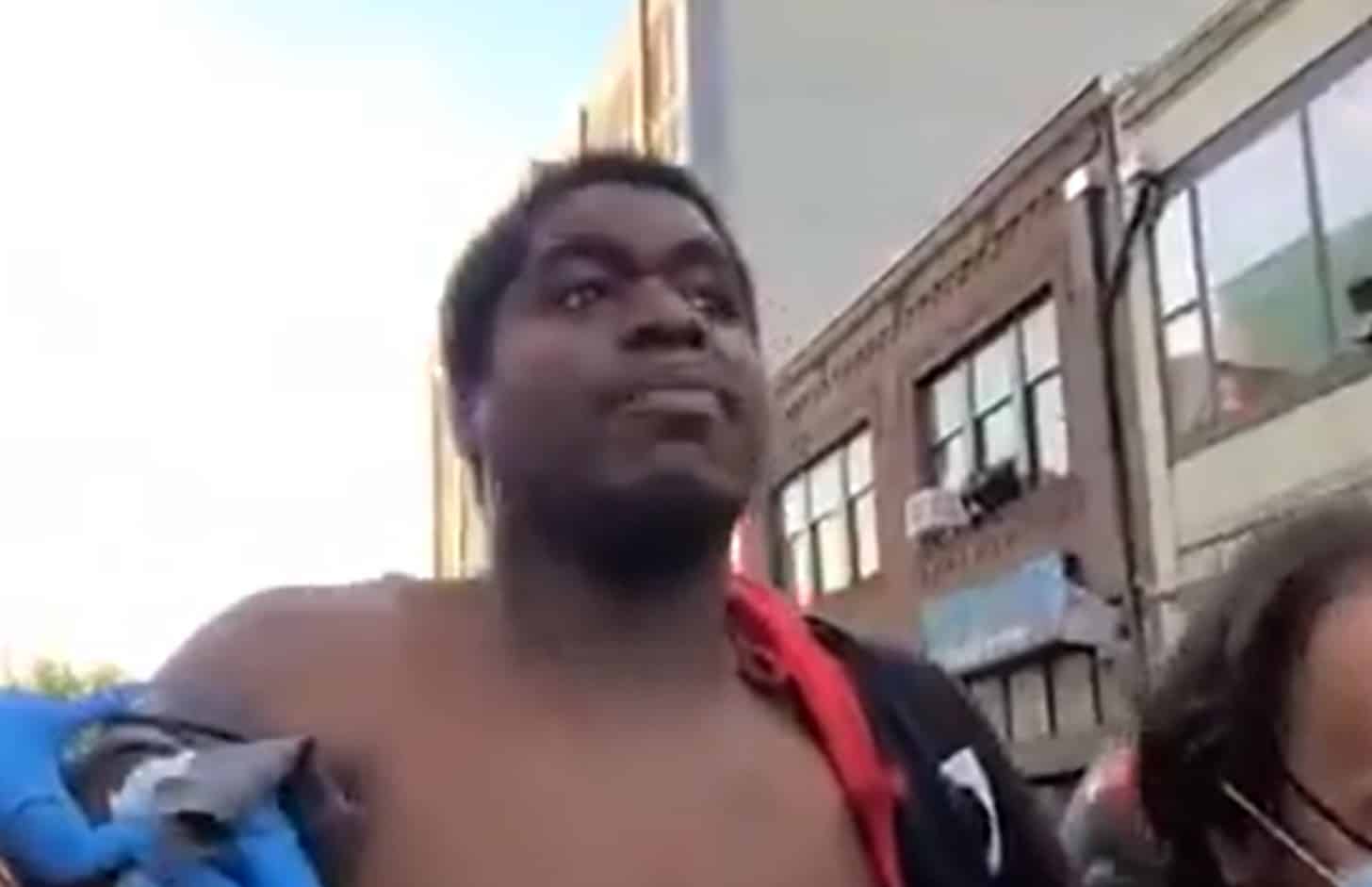 Daily Beast: A man who drove his car into a crowd of protesters in Seattle on Sunday evening and shot someone as he fled the scene is reportedly in custody.

Here's an interview of the man who was shot.

The sickening moment in which the man rammed a crowd of protesters before leaving the car waving a gun was captured on video that has been shared widely online.

A right-wing terrorist drove into a crowd and shot at least one protestor in Seattle. (📹@SpookeeACAB) #BlackLivesMatter pic.twitter.com/fJUsi7VW3S

Seattle Fire officials say they transported a 27-year-old male with a gunshot wound from the scene and he is in a stable condition. People in the crowd said the victim, named online by a local journalist as “Daniel,” was a hero who was protecting others when he got shot. Police said they recovered the gun and don’t believe there were any other victims.

The incident came as authorities sought to calm protesters by vowing greater scrutiny of police with Seattle Mayor Jenny Durkan announcing an emergency order to require that police turn on their body cameras during demonstrations.

As other parts of the country start to withdraw cops because they clearly have zero self control, Seattle is doing this: pic.twitter.com/4ZM8z1A8cR

And in Milwaukee, a prominent local attorney and leader of the Jewish community is perp walked for assaulting (spitting on) a demonstrator:

STEPHANIE RAPKIN IS A WHITE WOMAN WHO INTENTIONALLY USED HER CAR TO BLOCK A PEACEFUL PROTEST IN MILWAUKEE, WI AND THEN DECIDED TO SPIT ON A YOUNG BLACK PROTESTOR. SHE STARTS TO FAKE A HEART ATTACK NEAR THE END. pic.twitter.com/V7CMwM0UtF

Stephanie Rapkin was then arrested and forcibly removed from her home: pic.twitter.com/hb3PufU1xc

okay. owner of vehicle is Stephanie G Rapkin, who owns a law firm.