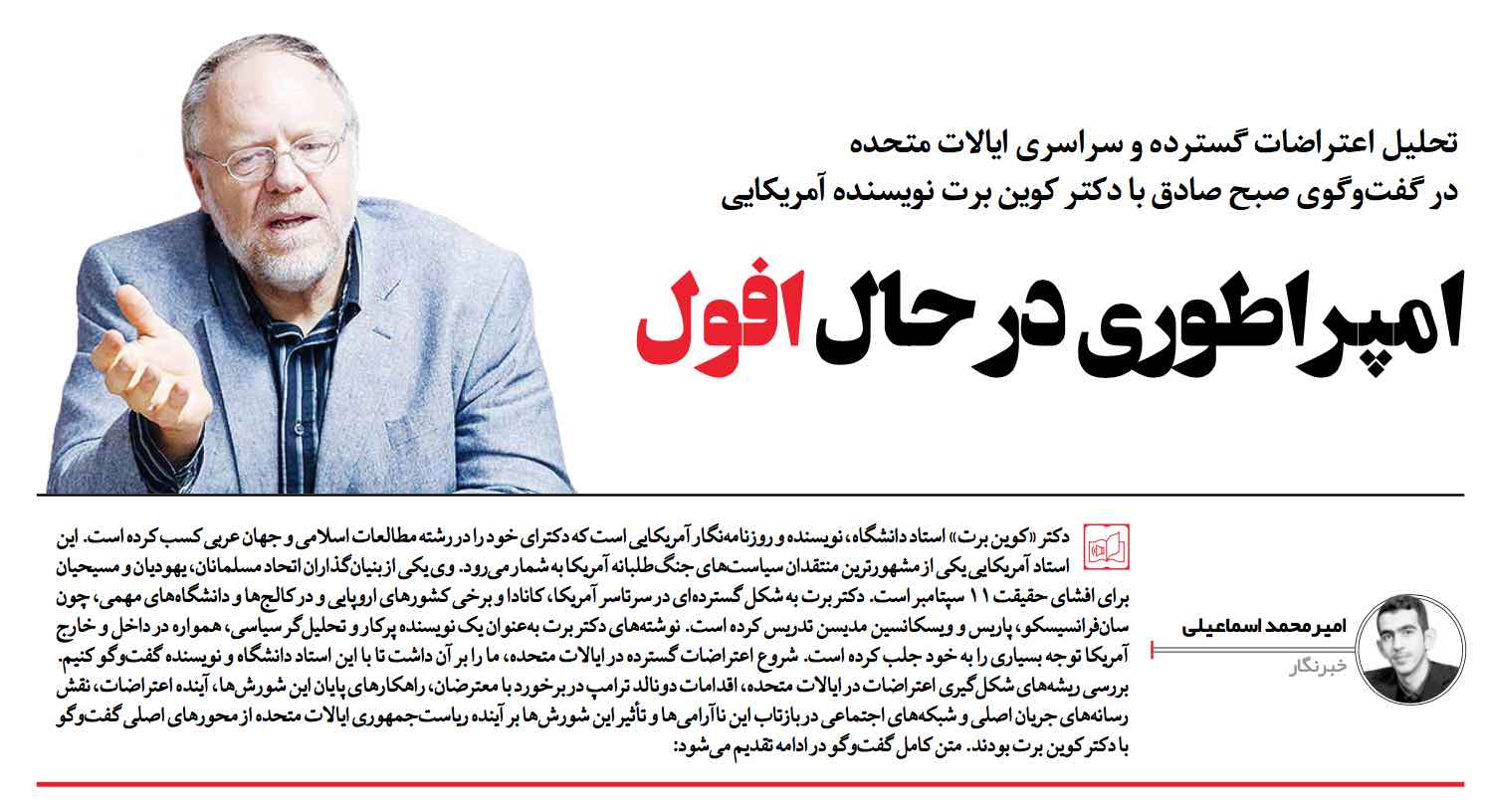 Question: Protests over police brutality and the death of George Floyd continue to rage across the US. What do you think about the protests?


I sympathize with people who are angry about the murder of George Floyd and other abuses by American police. Abusive police are a serious problem here in the USA, epecially in black communities. The police abuse problem is one aspect of the larger problem of rampant injustices and inequalities. There is also the related problem of the moral, ethical, and spiritual vacuum left by the decline of religion. The US empire is in a decadent phase and the police violence and protests are a symptom of impending collapse.

Question: US President Donald Trump, in a tweet after midnight on Friday, called the protesters in Minneapolis “thugs” and said, “When the looting starts, the shooting starts.” His tweet was widely criticized for inciting violence. What is your take on his stance?

Trump is trying to capitalize on the chaos by posing as a defender of law and order. He apparently thinks that if the protests and violence continue, they will distract from the economic crisis and people will vote for him in hopes of restoring order. So he is throwing gasoline on the fire.

Question: The United States is a contradiction. Its founding principles embrace the ideals of freedom and equality, but it is a nation built on the systematic exclusion and suppression of communities of color. From the start, so many of this country’s laws and public policies, which should serve as the scaffolding that guides progress, were instead designed explicitly to prevent people of color from fully participating. What are the reasons behind this?

Black people were brought to the Americas in chains. They were viciously exploited and treated like cattle. Their religions and cultures were annihilated. Institutionalized racism kept them as second class citizens through the 1960s, after which misguided secularist cultural engineers destroyed the twin pillars of the black community, religion and family, producing the dysfunctional fatherless families associated with the drug plagues and high crime rates in many black communities since then. Today almost 70 percent of black children are born to unmarried parents. For that reason, crime rates are vastly higher in black communities than in other American ethnic communities, even when adjusted for income. There is only one solution: The black community should revolt against the secularist cultural engineers and return to religion. The Nation of Islam and similar religiously based groups, not racist white police, should be running security, and enforcing family values, in African American communities.

Question: What will be the future of this protest?

I would not be surprised if the protests and riots continue, on-again off-again, throughout the summer. Police will likely brutalize more black people, fueling new grievances and further protests. Whether this re-elects Donald “law and order” Trump, or leads to his defeat, remains to be seen.

Question: How can these developments affect the upcoming Presidential election in the US?

There are several possible scenarios. Most likely the protests will bring more people out to vote. Black voters in particular, and those who sympathize with the black community, may come out to vote against Trump in greater numbers than would have happened without the protests. Black turnout could turn out to be the key factor deciding the presidential race. Many analysts believe Trump won in 2016 because his operatives succeeded in suppressing the black vote. If black people, and others who don’t like Trump, are outraged enough, they may come to the polls in great numbers, which could ensure Trump’s downfall.

Keep in mind that only a little over 50% of eligible voters actually bother to vote in US presidential elections, so the deciding factor is which side’s voters turn out to vote in greater numbers. The Democrats have to work the hardest to bring their voters to the polls, since Democratic voters (including blacks, 90% of whom vote Democratic) tend to be poorer and more marginalized. Obama’s recipe for victory was to generate huge black turnout. Hillary Clinton’s recipe for defeat was to fail to excite marginal voters, especially blacks. Biden, like Hillary, isn’t very exciting. But he could profit from black anger at Trump. If enough potential Democratic voters are angry enough at Trump to actually vote, Trump will lose.

Another scenario: If the chaos becomes too great, Trump’s calls for law and order could resonate with a broad cross section of ordinary Americans. The worst case would be Trump declaring martial law and postponing the election. But US military leaders are signaling that they wouldn’t go along with that.

The mainstream media, aside from a few conservative outlets like Fox and Breitbart, is dominated by Jewish Zionist liberals. (Fox and Breitbart are run by Zionist-extremist conservatives.) The liberal media has been hammering Trump from the day he announced he was running for president, while conservative media supports him. Social media, especially Facebook, helped elect Trump by taking large sums of money from psychological operations specialists who succeeded in stimulating turnout for Trump, and suppressing anti-Trump turnout, in key swing states. So overall the mainstream media is a mixed bag. The liberal media has offered sympathetic coverage of African-American protestors, and Twitter is starting to restrict Trump’s tweets. But Trump was elected because so many Americans no longer trust mainstream media. Many people react agaist the positions taken by the media. The media are finding it more difficult to play their gatekeeper role, which is why internet censorship is accelerating.

Question: Do you see any hope for a change of behavior towards African Americans?

I agree with Malcolm X, who said Islam was the only solution to American racism. But what he didn’t say is that part of the reason for that is that Islam can help the black community reform itself and become healthier, more disciplined, more productive, more capable of self-governance, and better able to win the battle against racism. (White people, for their part, do tend to lose their racism when they come to Islam, which is of course what Malcolm meant.)