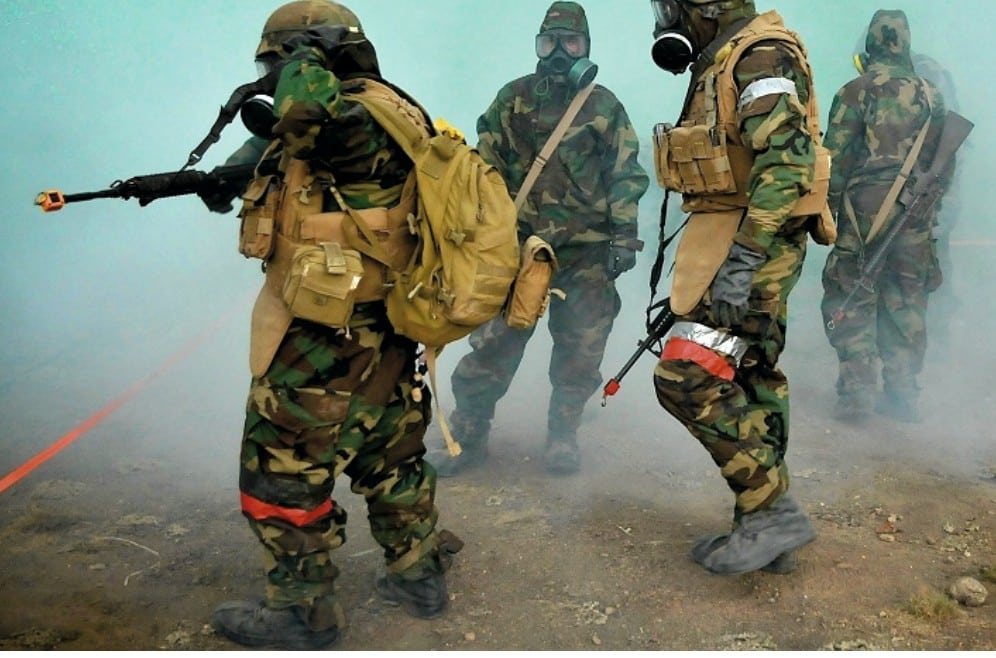 As the Coronavirus pandemic continues to devastate many nations of the world, the global community and media outlets have been increasingly focusing on questionable activities being carried out at biolabs financed by funds from the US Department of Defense budget.

There have already been a number of publications expressing concern about the collection of human specimens for research from members of various ethnic groups by the Pentagon. The total budget for this program is supposedly $2 billion. The key long-term aims of USA’s biological defense program are to “counter and reduce the risk of biological threats and to prepare, respond to, and recover from them if they happen” in any given region.

These goals include monitoring all the research conducted on pathogens; collecting biological specimens in countries of interest (and then handing them over to the United States); studying how susceptible certain ethnic groups are to various diseases and their responses to appropriate treatments, and conducting clinical trials of drugs in regions with ethnically diverse populations.

In order to reach these objectives, the United States has ensured the establishment of partner alert and response systems for epidemics in the aforementioned countries, which encompass national, regional and local research laboratories, institutes of veterinary medicine as well as medical facilities.

USA’s National Security Strategy, unveiled in 2017, stated that “China and Russia challenge American power, influence, and interests, attempting to erode American security and prosperity”. Hence, it is not surprising that research on bio-threats is being actively conducted in partnership with the United States in the CIS (Commonwealth of Independent States) region.

In addition, a network of US partner biolabs is being established on the borders of Russia and China. In this regard, the USA seems to be particularly interested in Central Asian nations, Ukraine and Eastern European countries. It is particularly frightening that, in recent years, new US partner biological laboratories have reportedly been established in Kazakhstan, Azerbaijan, Armenia, Uzbekistan, Moldova and Ukraine (altogether, there are several dozen facilities of this nature in 25 countries).

For example, in Ukraine, which appears to be under Washington’s direct influence after the Maidan Revolution, the USA has purportedly opened a network of 15 secret biolabs. Recently, Oleksandr Lazarev, a Ukrainian political scientist, told Ukrainian TV channel ZIK that these laboratories were conducting research on weaponizing viruses and could therefore jeopardize national security.

He added that 15 laboratories had been established in Ukraine since the so-called Orange Revolution in 2005. The political scientist pointed out that these facilities were funded by the US Department of Defense, which meant that their presence in the region was in line with USA’s military objectives. Oleksandr Lazarev used biolabs in Georgia as an example of facilities where questionable research was being carried out.

According to the Ukrainian expert, in 2008, when the Georgian–Ossetian conflict occurred and there was a flare-up in tensions between the United States and Russia, the African swine fever virus (ASFV) spread from Georgia to Russia. The political scientist said that numerous factors suggested that the pathogen came from the aforementioned biolabs in Georgia.

He also reminded the audience that ASFV then reached the territory of Ukraine, where it indiscriminately killed livestock. Oleksandr Lazarev also opined that outbreaks of various dangerous diseases, which had occurred in different regions of Ukraine, were directly linked to the US partner biolabs in the country.

Many media outlets have reported about the work carried out at the Richard Lugar Public Health Research Center (a US partner biolab in Alekseyevka, Tbilisi). These news items have expressed concern about the legitimacy of US-funded activities in Georgia. Secret experiments are being conducted at the facility. Some research is even done on people, who are isolated in special units and subsequently infected with the most dangerous diseases.

Another region that the US Department of Defense is particularly interested in is Central Asia, where the US military and political leadership has decided to establish partner laboratories in Soviet-era facilities, called the “anti-plague system”. In Kazakhstan, four out of nine regional research centers (in Nur-Sultan, Otar and Oral) have already been repaired and equipped with necessary instruments as part of Defense Advanced Research Projects Agency’s (DARPA) program.

In recent years, the United States has continued to ramp up its activities in partner biolabs in Uzbekistan, a country not far from Russia, China and Iran. The Pentagon started increasing the reach of its secret biolabs within Uzbekistan since the end of 1990s, during the upheavals that followed the collapse of the USSR.

Hence, US experts from the Defense Threat Reduction Agency (DTRA, a body within the US Department of Defense) could have gained access to previously secret biological and chemical facilities in this nation. The first National Reference Laboratory opened in 2007 in Tashkent, Uzbekistan, with support from the US Agency for International Development (USAID).

In 2013, two more began operations in Andijan and Fergana, and in 2016, another laboratory opened in Urgench (the Khorezm Regional Diagnostic Laboratory). These facilities, as others in countries of the region, were built with the support of the DTRA of the US Department of Defense.

Currently, there are more than 10 laboratories aside from the one in Tashkent: in Andijan, Bukhara, Denau, Qarshi, Nukus (the capital of the Republic of Karakalpakstan), Urgench, Samarkand and Fergana. As this network of US partner biolabs continues to expand in Uzbekistan (the most highly-populated Central Asian country), periodic outbreaks of unknown origins have occurred in the nation.

However, there is very little information about them at present. For instance, in August 2011, within 24 hours, 70 sick individuals were admitted to hospital in Yangiyul, a city not far from Tashkent. In 2012, an unknown disease spread in Uzbekistan and dozens of people died as a result. In spring 2017, there was an outbreak of chickenpox (a dangerous disease especially for infants, caused by a virus).

It had a negative effect on the health of the population in the region and the country, and spread among individuals of working age. Strangely, the rise in infections coincided with the opening of US partner facilities supposedly aimed at reducing the risk of biological threats. It is, therefore, not surprising that there have been rising concerns among the public about the lack of transparency in these laboratories and reporting practices used by them involving US officials.

The United States has been increasing its sphere of influence in the bio defense sector by, first and foremost, expanding its network of partner biolabs and conducting more experiments of interest to the Pentagon. As a result, the aforementioned countries are losing their ability to function independently in this particular field.

Fulfilling its objectives could allow the United States to subsequently use these biolabs for military purposes; to ensure US servicemen are protected if they are deployed in the regions where the laboratories are located, and to conduct in-depth research into pathogens that can affect ethnic groups in different ways.

Recently, Russia’s Foreign Minister Sergey Lavrov stated that Washington’s rejection of the protocol containing verification measures to strengthen the Convention on the Prohibition of the Development, Production and Stockpiling of Bacteriological (Biological) and Toxin Weapons and on their Destruction was a cause for concern.

“Tensions around the issue have escalated and Washington’s unwillingness to ensure the transparency of its military biological activities in various parts of the world raises questions about what is really going on there and what the actual goals are,” the official pointed out.