[ Editor’s Note:  Phil is well suited to write the material he has for us below not only because he has been around for so long, but he has his own version of VT with a significant group of other senior people with decades of experience in government and politics and has devoted much of their retirement time to fighting the good fight.

Congress slipping bills through that they would prefer not to get too much notice by the public is not new. Historically there has always been the late Friday afternoon posting somewhere, that few read.

I have not seen anyone else write about what got slipped by us during the massive pandemic coverage when Congress was in and out of DC, and I was among those missing much of what went other than the virus legislation.

Enjoy Phil’s triple play, starting with Israel as usual, getting an inside rail position to loot the US Treasury with our elected officials tripping over each other to show their willingness to give Israel anything that it wants…or…their fear of saying no.

Even if Trump goes down in November, the Democrats have a long history of playing footsie with the Zionists to stay on good terms with their Lobby here. Obama was an exception and was hated in Israel for steering the JCPOA through.

But Biden could also go against the grain as he has been most vocal against Netanyahu’s grab for the West Bank. Bibi is unhappy with Trump’s not going along with his complete takeover plan. We have seen no Trump-Bibi love feasting going on in some time.

This is going to be an election that will be long remembered, one way or the other, with cheers and tears. But one thing I would bet on now, a high turnout… Jim W. Dean ] 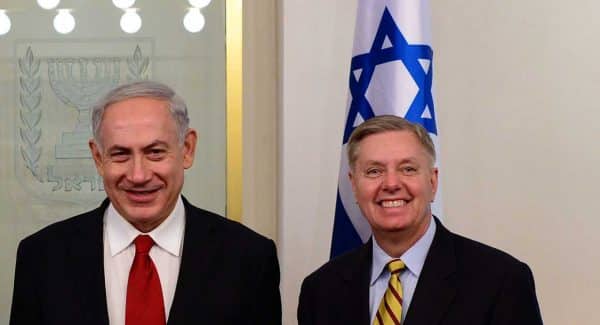 Government Mischief in an Age of Coronavirus

It is interesting to watch how the folks in Congress and the White House have been using the at-least- somewhat self-generated crisis over COVID-19 to serve as a cover for legislation and other activities that many Americans just might object to.

They are assuming that the public is so consumed with the virus, as well as with the riots over the police killing of George Floyd, that it is not paying attention to other high crimes and misdemeanors that the government might be engaged in.

There are three rather interesting stories that have received minimal attention from the mainstream media during the past several weeks that one might think are worthy of press coverage and even of some genuine debate in Congress. A little light shed on some important issues might actually help the public to understand the probable consequences of certain unwise or unnecessary actions undertaken by the federal government.

The first story relates to the Senate vote approving the USA Freedom Re-Authorization Act of 2020 (H.R. 6172). The renewal is particularly important because the act includes some features of the expired Patriot Act that have been exploited by the government to surveil Americans without regard for the Fourth Amendment right to be free from searches without a clearly established probable cause that is related to a criminal investigation.

It also includes an endorsement of the powers of the Foreign Intelligence Surveillance Act court (FISA), which was the weapon used without any real justification by the Russiagate co-conspirators in the FBI, the White House, and the National Intelligence Office in their illegal surveillance of Trump campaign advisor Carter Page.

The so-called Freedom Act’s reauthorization had been cynically delayed to avoid any attempts to include protections for individual rights in the document. As it stands, under Section 215 the legislation will continue to permit large scale collection of personal and private information as well as bulk collection relating to American citizens.

Individuals who are being spied upon on by the Act cannot be made aware that they are being scrutinized and the government is meanwhile under no obligation to limit its searches, being permitted to obtain literally “any tangible thing” to include phone records, tax returns, medical and other health information, gun registrations, internet search history, and even library records. Any information collected by the government can be retained and used for five years.

H.R. 6176 passed the Senate but it then had an amendment attached and went back to the House of Representatives for re-approval before being returned to the upper house. Waiting for it in the House is another amendment sponsored by congressmen Zoe Lofgren and Warren Davidson, which would compel the government to obtain a warrant to collect an individual’s internet history.

It is a small enough step, and it may fail to pass, but it is at least limited recognition by some legislators of government overreach. In any event, the process whereby the legislation is being approved is nearly invisible even though it is something that can affect the freedoms enjoyed currently by all Americans.

The second bit of government-by-deception inevitably relates to America’s best friend Israel. One recalls that Congress frequently returns from recess and finds that its first order of business is doing something for the Jewish state, pandemic, or no pandemic. The Senate Foreign Relations Committee recently passed, without any public discussion or floor debate, the United States-Israel Security Assistance Authorization Act of 2020.

The purpose of the Senate bill, S.3176, is to codify into law the military aid, inclusive of extra funding for missile defense, committed to by the United States for Israel in a 2016 Memorandum of Understanding (MOU).

Readers will recall that the package, negotiated by President Barack Obama, uniquely guarantees $3.8 billion per year for ten years. S-3176 was introduced to the upper chamber and co-sponsored by boy-Senator Marco Rubio of Florida, who enthused “I was proud to reintroduce this bipartisan bill that strengthens our nation’s strategic security alliance with Israel, a vibrant democracy that faces growing and unprecedented threats to its security and stability.”

When the original MOU was issued, Senator Lindsey Graham remarked that he and other Senators would regard the annual payment as a minimum, that Israel would still expect, and receive, special authorizations as needed. S.3176 would appear to reflect that pledge by Graham, as it includes revised language stating that the annual payment would be “not less than” the $3.8 billion.

The bill also extends Congressional permission for the Pentagon to increase “forward-base” weapons stockpiles in Israel, which the Jewish state can now access as needed without having to provide any notice or seek any approval. Beyond that, the lengthy document is positively dripping with more money for Israel in the form of various co-production and cooperative schemes that will bring absolutely no benefit to the United States.

After the Senate bill is approved in its final form, which will occur imminently, it would then need to reconcile with a similar but possibly even more extreme bill passed by the House in July 2019 by a voice vote, also without any debate or discussion.

The House version was introduced by passionate Zionist Congressman Ted Deutch, Democrat of Florida. It would allow Donald Trump or whoever succeeds him to determine that if “Israel is under an existing or imminent threat of military attack” the White House could “direct the immediate transfer to Israel of such defense articles or services the President determines to be necessary to assist Israel.”

In other words, the president acting alone could involve the United Starts in a war on behalf of Israel without any approval process, only relying on what Israel is telling him or her about an alleged impending threat.

Finally, there is the latest outrage over Iran. Secretary of State Pompeo has completed his demolition of the Joint Comprehensive Plan of Action (JCPOA) dealing with the Iranian nuclear program, a process which was begun by his boss shortly after taking office. Pompeo has now indicated that any foreign companies and businesses that continue to work at Iranian nuclear facilities under the authority of the JCPOA will be subject to economic sanctions.

Astonishingly, the companies in question that include some from China, Russia and Western Europe, have been working to dismantle some of Iran’s former nuclear powerplants to make them usable for other purposes.

It was a development that was permitted under the JCPOA and was intended to make sure that Iran would have the only limited downstream capability to ramp up its production of enriched uranium. Also, the presence of foreign companies would serve as a guarantee that Iran would not engage in any cheating on the agreement.

Ironically, if the intention of Pompeo and Donald Trump truly is to eliminate Iran as a possible nuclear weapon proliferator, it is now taking steps that are actually counter-productive as the latest move could easily suggest to the Iranian leadership that there is no hope in dealing with the United States, possibly motivating them to begin a secret weapons program.

Pompeo explained in a statement that he could not permit the work to continue because Iran has been “…expanding proliferation-sensitive activities. A regime that just days ago invoked ‘the Final Solution’ and which regularly threatens to wipe Israel off the map must never obtain a nuclear weapon…nuclear extortion will lead to increased pressure on Iran and further isolate the regime from the international community.”

As usual, U.S. interests are subordinated to those of Israel, even in a statement that is essentially incoherent. U.N. inspectors believe that Iran might currently have enough enriched uranium in its stockpile to construct one small bomb, but the infrastructure is lacking and it would be a long and laborious process to actually come up with anything usable, so the whole Pompeo pretext is little more than a fabrication.

Of course, the Trump Administration’s actual motive might be to provoke the Ayatollahs into doing something reckless so that Washington could play victim and claim grounds for attacking Iran either independently or jointly with Israel. With so many bad things going on simultaneously in the United States, a little hot war in an election year might well be welcomed by the Trump Administration.

So, it appears that Congress and the White House are up to their usual tricks operating in the shadow created by a coronavirus. Americans will lose even more of their rights in all probability and only Israel will benefit from still more handouts from the U.S. Treasury as well as shortsighted moves that will inevitably bring about a war between Washington the Tehran.

Philip M. Giraldi, Ph.D., is Executive Director of the Council for the National Interest, a 501(c)3 tax-deductible educational foundation (Federal ID Number #52-1739023) that seeks a more interests-based U.S. foreign policy in the Middle East. The website is https://councilforthenationalinterest.org, address is P.O. Box 2157, Purcellville VA 20134 and its email is [email protected].