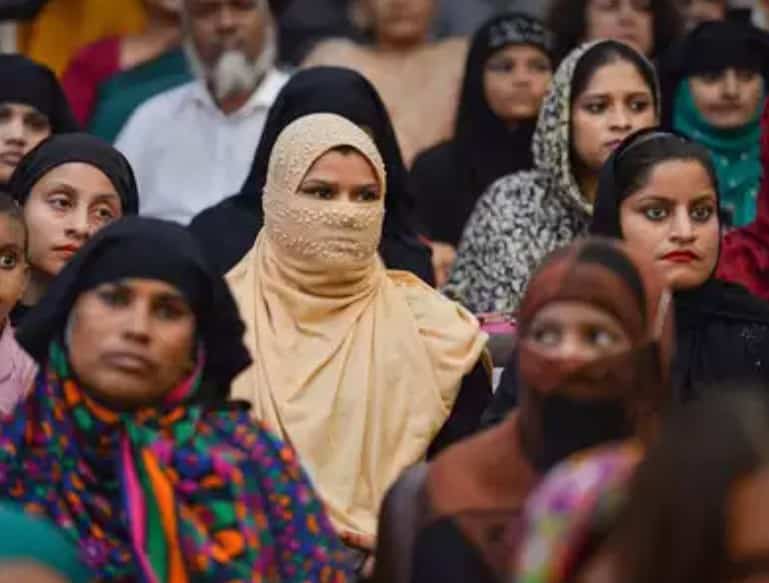 Although since Narendar Modi, the leader of the ruling party BJP became Indian prime minister in 2014, he started implementing ideology of Hindutva (Hindu Nationalism), especially by persecuting the Indian Muslims, yet during his second tenure; Modi government accelerated the completion of the agenda, particularly targeting the Muslims. Indian extremist rulers’ various moves such as abrogation of the special status of the Jummu and Kashmir to turn Muslim majority into minority in the Occupied Kashmir (IOK), continued lockdown in the IOK, martyrdom of thousands of the Kashmiris there, issuance of a notorious map to bifurcate the Kashmir region into two union territories and introduction of new domicile law to further alter demographic and geographic status of the IOK against the majority of Kashmiris are notable.

Reports suggest that besides lack of medical treatment and food, hundreds of the Muslims have already been died in the Indian Held Kashmir due to the continued lockdown and deployment of larger number of security forces who have stopped journalist’s entry in that region. So, now more people might have also been died due to the coronavirus pandemic.

In fact, encouraged by the fanatic Premier Modi, Hindu extremist outfits such as BJP, RSS VHP, Bajrang Dal and Shiv Sena, including other similar parties, have been promoting religious and ethnic chauvinism against the Indian Muslims.

In this regard, in the aftermath of the Indian elections 2019, news reports have highlighted different cases in which especially Muslims were violently targeted by the radical Hindus. In this respect, RSS chief Mohan Bhagwat stated on October 8, 2019: “Bharat is Hindu Rashtra and all Bharatiyas are Hindus.”

While, under the guise of coronavirus, India has started the undeclared war against the Indian Muslims.

Besides, the Indian Citizenship Amendment Act 2019 (CAA) further exposed the Modi-led government’s fanatic policies. The CAA coupled with the National Register of Citizens (NRC) is mainly against the Muslim immigrants especially from Pakistan, Bangladesh and Afghanistan. It strips 200 million Indian Muslims of their citizenship.

Since December 15, 2019, daily mass protests, even by the moderate Hindus have been taking place across India against the CAA and the NRC, which resulted into killing of more than 200 persons and injuring 800-mostly Muslims by the police and extremist Hindus. But, Modi-led regime has not withdrawn the CAA/NRC. Since February 23, this year when clashes started in New Delhi between protesters for and against the citizenship law, Hindu zealots of RSS and BJP have burnt properties of Muslims, including their vehicles and mosques and compelled them to leave the areas.

It is mentionable that Indian rulers have been imposing various kinds of restrictions on the Muslims; coronavirus provided them another pretext to increase their hardships. Top officials of the Modi’s government and the health ministry claimed that Muslims are spreading this virus. Availing this opportunity, Hindu extremists have set off a series of assaults against Muslims across the country.

In this connection, Al Jazeera and The New York Times reported: “Muslims have been beaten up, nearly lynched, run out of their neighborhoods or attacked in mosques…Hindu extremists are scapegoating the country’s entire Muslim population for deliberately spreading the virus through “corona jihad Indian hospitals segregates Muslim and Hindu coronavirus patients…In what many are calling a case of “apartheid” during a global pandemic…made separate wards for Hindu and Muslim patients. It is a decision of the government”.

As part of anti-Muslim nationalism, Indian fundamentalist rulers accused the Tablighi Jamaat of spreading coronavirus through their congregations, held in India, while since the remote past, their preachers have been holding congregations so as to why this deadly virus did not emerge.

In this context, Indian news website “The Print.in.” pointed out: “Covid is an excuse to push Indian Muslims out of informal sector jobs…What Muslims are effectively facing now is a new form of concerted, deliberate economic marginalisation through blatant lies linking the community to the virus…Having been largely shut out of the formal sector, many Muslims depend on the informal sector and self-employment for their livelihood”.

Under the title “It Was Already Dangerous to Be Muslim in India. Then Came the Coronavirus”, Billy Perrigo elaborated in the Time magazine: “The Islamophobic hashtags began circulating shortly after the news broke in late March. Indian authorities had linked dozens of cases of COVID-19 to a Muslim missionary group that held its annual conference in Delhi…Coronavirus fears and religious tension were already at a fever pitch in India Videos [Indian fake news on social media] falsely claiming…Islamophobia has been transposed onto the coronavirus issue….Since March 28, tweets with the hashtag #CoronaJihad have appeared nearly 300,000 times…Hindu nationalists left 36 Muslims dead in Delhi…at a time when the Muslim minority—200 million people in a nation of 1.3 billion—feels increasingly targeted by the ruling Hindu nationalists…One of the key features of anti-Muslim sentiment in India for quite a long time has been the idea that Muslims themselves are a kind of infection in the body politic…the coronavirus is just one more opportunity to cast the Muslim as dangerous.”

Notably, following the secret instructions of the Modi’s government’s top officials, doctors are not paying attention to the Muslims patients, affected by this virus.

Meanwhile, Indian MP Tejasvi Surya’s remarks against Arab women further exposed the anti-Muslims policy of the BJP. In this respect, his remarks have landed in a row for a tweet he had posted in 2015 with an objectionable comment about Arab women, indicating, “95 per cent Arab women never had orgasms in the last few hundred years” The tweet was highlighted by various prominent citizens of Arab nations. Among the first to call out Surya was Dubai-based businesswoman Noora AlGhurair, who said she “pitied his upbringing that has taught him to disrespect women”. She also warned him against “travelling to Arab lands if he is ever bestowed a foreign ministry”.

It was soon picked up by other prominent Arab Twitter handles, some of whom tagged Prime Minister Narendra Modi.

The tweet had earlier been circulated on social media when Surya contested the Lok Sabha elections in 2019.

In the recent past, Surya’s five-year-old tweet resurfaced at a time when influential thinkers and members of the UAE royal family are fearlessly reacting to the growing Islamophobia in the country and other Arab countries after the outbreak of coronavirus.

According to the Gulf News, “India’s carefully cultivated Gulf policy has been at risk of unraveling over the past fortnight, with the Organisation of Islamic Cooperation [OIC], the Kuwaiti government, a UAE royal princess, and the Arab intelligentsia decrying hate speeches by Indian nationals accusing the Tablighi Jamaat of deliberately exacerbating the coronavirus pandemic as well as a crude tweet by a BJP MP on the sexual impulses of Arab women… several Indian nationals are being caught and punished for inciting religious intolerance and spewing hate against Muslims”.

Particularly, Al Jazeera wrote in the recent past: “Did those who commit crimes against humanity against Muslims in India and violate their rights think that Muslims will remain silent about these crimes and do not move politically, legally and economically against them? a statement by the general secretariat of the Kuwait Council of Ministers said…Earlier, on April 18 [2020], the OIC had issued a statement, urging India to take urgent steps to stop the growing tide of Islamophobia in the country…people in the Gulf countries felt outraged over the way Indian Muslims were being blamed for the coronavirus pandemic….About 8.5 million Indians live and work in Gulf countries, a significant number of them Hindus. In the past month, at least six Hindus working in the Gulf region have lost their jobs charged for their social media posts [Against the Muslims]…The level of hubris of the Hindutva fascists shocked people throughout the world, changing previously held opinions…Princess Hend al-Qassimi, a member of the UAE royal family, warned openly racist and discriminatory Indians in the Gulf that they will be fined and made to leave the country…there has been an unprecedented surge in Arabs openly criticising the growing anti-Muslim rhetoric in India…several prominent activists in the Gulf region turned to social media to highlight what they describe as “ill treatment” of Muslims…Many of them are decrying the killing of Muslims without reason, while others have said the assault by the RSS–the BJP’s parent body–on Muslims is unacceptable and have labelled it a “terrorist” group that should be banned in the Gulf… a civil campaign had been started to highlight the malicious propaganda by BJP and the RSS against Muslims and to decrease business relations with India. Kuwait has appealed to the OIC to intervene in India to tackle anti-Muslim sentiment in the country”.

It is noteworthy that COVID-19 which has affected the entire world, does not see race, religion, colour, caste, creed, language or borders before targeting any country.

In Pakistan, the number of coronavirus-deaths has reached the figure of 2,200, whereas the number of persons, affected by the virus is110, 000. But, Islamabad did not blame India in this regard. But, under the guise of Coronavirus, India’s undeclared war against the Muslims continues.

It is regrettable that Modi-led BJP, VHP and RSS, including other Hindu extremist parties are leading the racist Hindutva supremacists against the Muslims in the occupied Kashmir and across India. In fact, it is primary part of Modi’s belief system to persecute the Indian Muslims.

Nevertheless, India’s anti-Muslim bigotry has been internationalized. Indian biased rulers have politicised the COVID-19 epidemic by accusing the Indian Muslims and thus, created a big divide. Hence, coronavirus may die, but the virus of communal disharmony will be hard to kill when this is over.

Nonetheless, despite the criticism at home and abroad, anti-Muslim nationalism continues unabated in India.