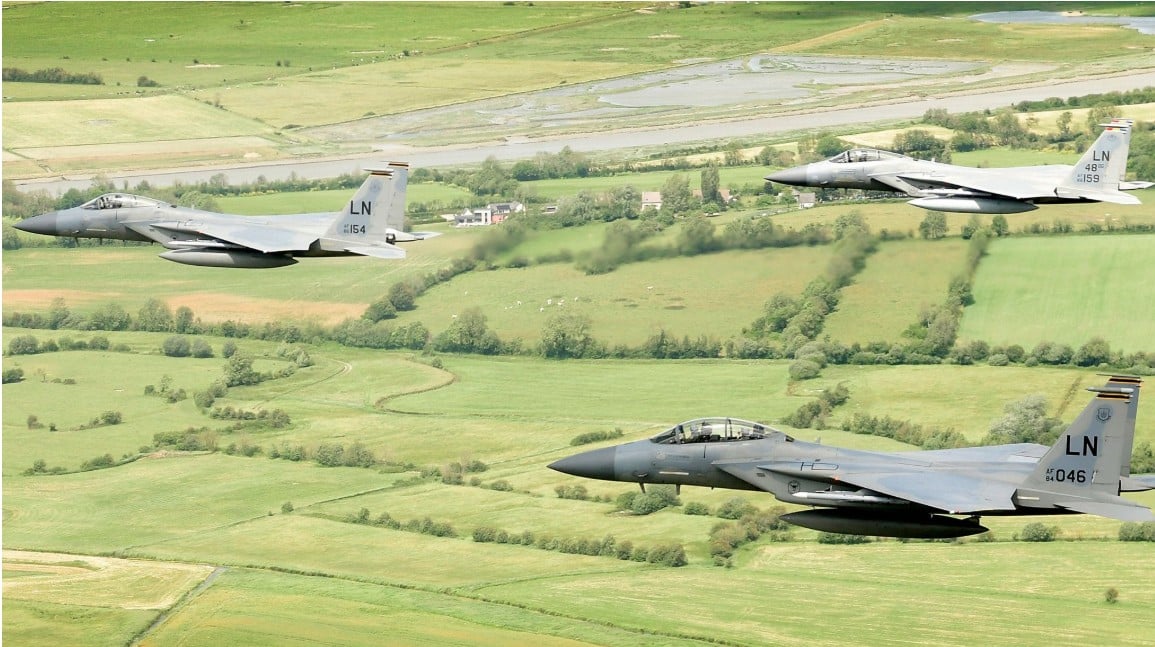 Sky News: A major operation is underway after the F-15 fighter jet came down near Flamborough Head in East Yorkshire, south of Scarborough.

The pilot is yet to be found.

In a statement, the US Air Force confirmed the F-15C Eagle crashed at around 9.40am.

The aircraft was from the 48th Fighter Wing based at RAF Lakenheath in Suffolk, it added.

“At the time of the accident, the aircraft was on a routine training mission with one pilot on board,” the US Air Force said.

“The cause of the crash as well as the status of the pilot are unknown at this time, and UK Search and Rescue have been called to support.

Author Details
Vaughn Klingenberg
Books By Vaughn Klingenberg
Vaughn Klingenberg has a Master’s Degree in Philosophy from Marquette University where he taught Logic). He lived in Europe; mostly Poland and England for two years and traveled widely throughout Europe and the Middle East (sojourning for a month in Israel). His areas of interest center on conspiracies; especially Jewish conspiracies. He considers himself a “conspiracy factualist”–not a conspiracy theorist–as well as a Holocaust Truther–not a Holocaust denier. He has self-published two books on Shake-speare under the pseudonym “Odysseus Er”: Hamlet-Christ (a Judeo-Christian interpretation of Hamlet), and Paradigm Shift: Shake-speare (an analysis of Jonson’s Introductory Poem to the 1623 Folio which reveals the 17th Ear of Oxford as the true author of the Shake-speare corpus). He has also written a booklet in his own name on the Holocaust entitled, The Big Lie: The Holocaust (An Introduction to the Greatest Fraud of the 20th Century). All his work and books can be found on his web site at BooksByVk.org
http://www.booksbyvk.org
[email protected]
ATTENTION READERS
Due to the nature of independent content, VT cannot guarantee content validity.
We ask you to Read Our Content Policy so a clear comprehension of VT's independent non-censored media is understood and given its proper place in the world of news, opinion and media.