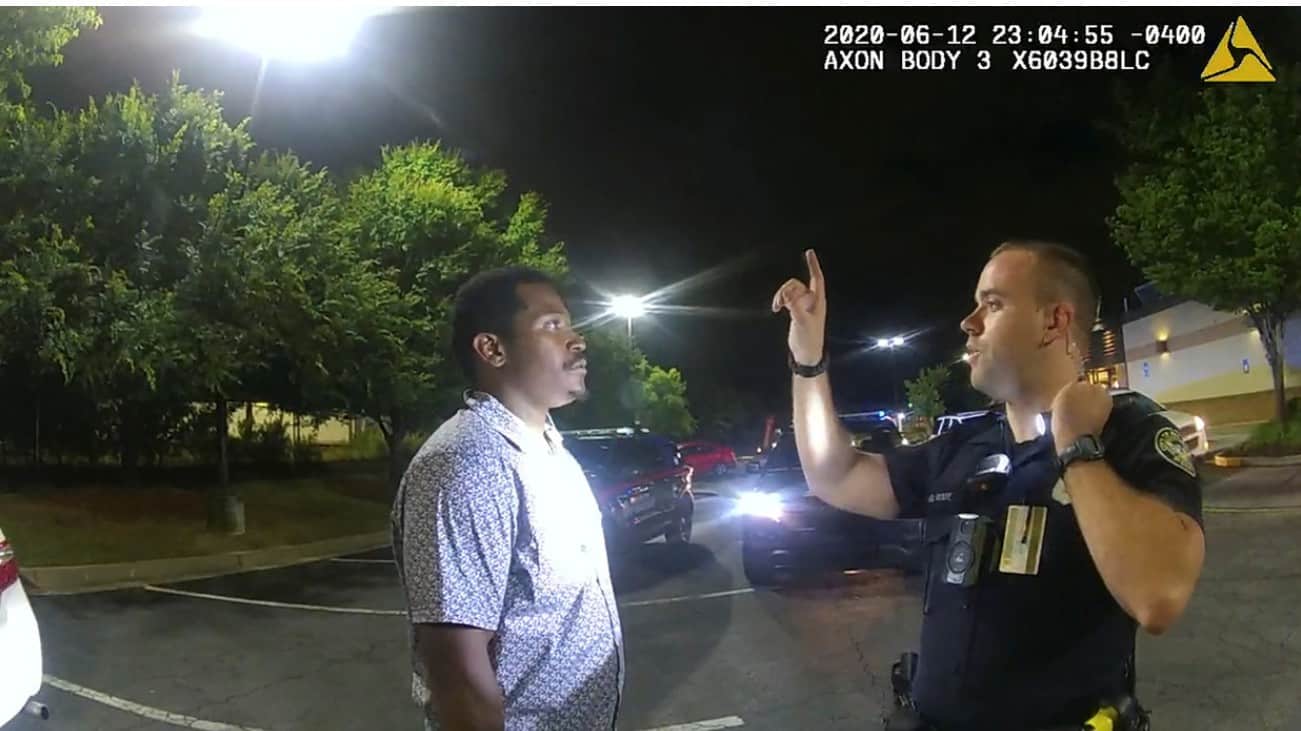 Russia Today: A medical examiner officially confirmed that Rayshard Brooks died as a result of an officer-involved shooting during a botched DUI arrest. The incident reignited protests against racism and police brutality in Atlanta, Georgia.

Police shot Rayshard Brooks in the back as he was running away, killing him, because he was sleeping in his car in a Wendy's parking lot.

If the police could escort #DylannRoof to #BurgerKing after he murdered 9 people in a church, they could’ve escorted #RayshardBrooks home.
They didn’t have to murder him, they chose to murder him pic.twitter.com/DTWItGWiA4

Jerry refused arrest, stole the officer’s baton, you can see him beating the cop with the baton, then he stole their police car. No shots were fired. Must be nice to be Jerry. #RayshardBrooks pic.twitter.com/eqEBTQjQoo

#JeremyVine
Before anyone says 'Rayshard Brooks deserved it because he was resisting arrest', here's a white man resisting arrest, and spoiler alert, he doesn't get shot to death. pic.twitter.com/tgladuCC7L

Brooks died from organ damage and blood loss which resulted from two gunshot wounds in the back, according to media reports citing the Fulton County Medical Examiner’s Office. His death has now been officially listed as homicide.

Two white police officers were called in on Friday night to check on Brooks, who was found sleeping behind the wheel outside a Wendy’s fast food restaurant in Atlanta, Georgia. Brooks failed a sobriety test, after which the officers decided to take him into custody.

The suspect, who remained calm and cordial during questioning, suddenly began resisting arrest, grabbed a stun gun from one of the cops, and tried to flee. During a brief chase, officer Garrett Rolfe fired several shots, killing Brooks.

Brooks’ death in the police-involved shooting immediately caused unrest and protests, and the officer was promptly fired. On Sunday, Fulton County District Attorney Paul Howard told CNN that the fact that a routine DUI investigation escalated to the suspect’s death “just seems unreasonable.”

The incident occurred while the US was already engulfed in widespread protests against racism and police brutality, sparked by the killing of George Floyd, an unarmed black man, by a white police officer in Minneapolis, Minnesota.