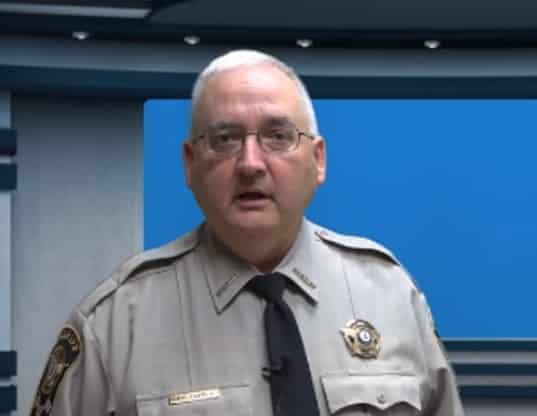 More cops for jail but this time they didn’t murder anyone…this time but they were, as predictable, Israeli trained:

Looks as though they are meth heads as well. Two supervisors of Sheriff Timothy Carter’s staff are on unpaid admin leave. The officers who arrested Pastor Leon McCray, probably knew the troublemakers/criminals yet still believed drug addled white people rather the pastor.

WOODSTOCK, Va.AP. — A sheriff has apologized to a black pastor who described being arrested when he called 911 on a group of white people who threatened to kill him after trying to dump a refrigerator on his property in Virginia.

Good that Shenandoah County Sheriff Timothy Carter apologized, but really f*cked up that he arrested the pastor who he knew for 20 years.

A black pastor in Virginia called 911 after being attacked by a white family.

They arrested him instead.

He said he "was handcuffed in front of my assaulters," and "they waved at me as I go down the road… . Do you know how disturbing that is?"

Shenandoah County Sheriff Timothy Carter made the apology to Leon K. McCray Sr. of Woodstock Friday, announcing hate crime and assault charges against the five people involved and saying a weapons charge against the pastor would be dropped.

Five people were arrested Thursday night on charges of assault by mob and assault-hate crime, Shenandoah County Sheriff Timothy Carter said on Friday. Four of the five were also charged with felony abduction.

McCray described the events leading to his arrest in a sermon to parishioners at Lighthouse Church & Marketplace Ministries International.

He said he was visiting an apartment he owns in Edinburg on June 1 when he noticed a man and a woman dragging a refrigerator from another property into his dumpster, and they became irate when he asked them to leave.

McCray said they threatened him and returned with three more people, attacking him physically, saying “they don’t give a darn” about “my black life and the Black Lives Matter stuff,” and telling him they would “kill” him.

McCray said they backed up when he drew his legal concealed weapon to “save” his life, giving him enough time to call 911. Arriving deputies then took his gun while talking with the five, who continued threatening him and yelling racist epithets at him.

McCray said the deputies rushed to judgment, “disarming a black male brandishing a gun against five white individuals” despite his “second Amendment right to defend myself against five attackers that tried to take my life.” The arrest “would not be tolerated if I was white,” he added.