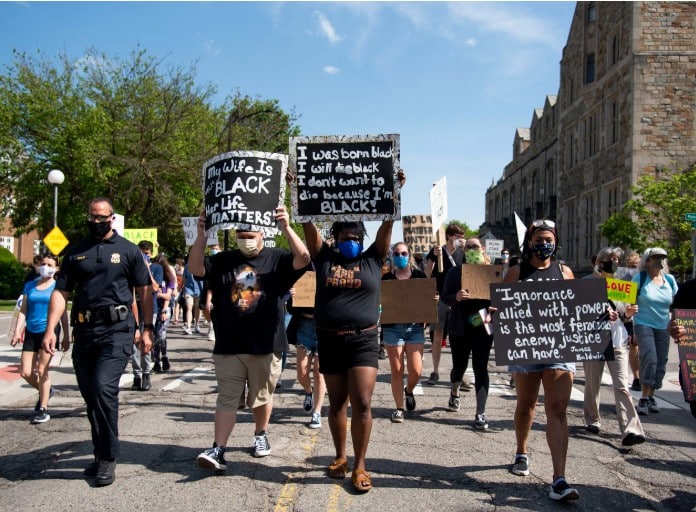 That could mean a shift in city resources to have unarmed crisis intervenors and social workers augment the city’s police force, so not every person in a mental health crisis, for example, needs to be confronted by an armed officer.

“It’s an important and in-depth thing that we need to do,” Mayor Christopher Taylor said of having the city’s police oversight commission lead a review of the Ann Arbor Police Department, its practices and its budget of over $30 million and make recommendations to council.

“We need to understand how we’re effecting public safety, what we’ve been doing,” Taylor said.

Taylor’s resolution to ask the city’s Independent Community Police Oversight Commission to lead an 18-month review drew some criticism at the council meeting Monday night, June 15. It was debated into the early morning hours Tuesday.

As the debate went past 2 a.m., Council Member Chip Smith, D-5th Ward, reminded his colleagues of the many residents who’ve reached out to them.  read more…