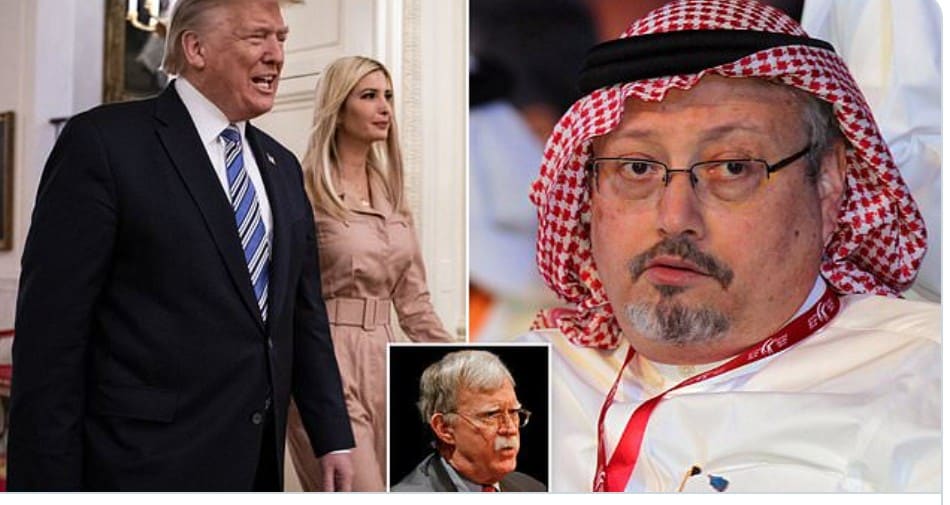 Trump told the Chinese that if they helped get him elected, he would serve more than two terms so he could look out for their interests in the US…if only we were making this up

but that ain’t nuttin’…

[ Editor’s Note: VT was right once again, predicting that he would use every opportunity that the office of President provided to enrich himself and his family. He is desperate now as a Democratic sweep of the White house and the Senate would leave him totally exposed to Congressional investigations into everything he and his family did.]

Guardian: Donald Trump was willing to halt criminal investigations to “give personal favors to dictators he liked”, according to a new book written by his former national security adviser John Bolton.

Mike Pompeo on Trump: “He’s so full of shit”

.@MarthaRaddatz: “How would you describe Trump's relationship with Vladimir Putin?”

John Bolton: “I think Putin thinks he can play him like a fiddle.”

Watch more from the exclusive interview this Sunday at 9|8c on ABC. pic.twitter.com/VALmx3Z0f0

Billy, what are your thoughts on this John Bolton bombshell about @IvankaTrump and her daddy @realDonaldTrump ?https://t.co/o9Gwyr2UYm

In his memoir, due to be published later this month, Bolton reports that Trump pleaded with China’s President Xi Jinping to help him get re-elected by buying more US agricultural products, according to accounts of his forthcoming memoir. 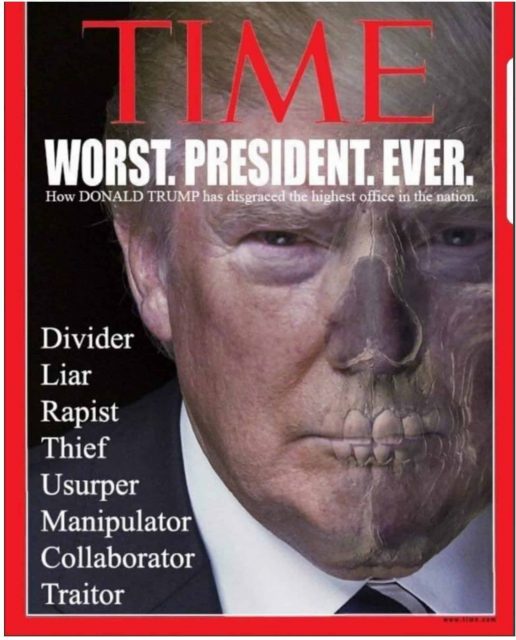 In his pursuit of a good personal relationship with Xi, Trump is described as brushing aside human rights issues, even providing encouragement to the communist leader to continue to build concentration camps for China’s Muslim Uighur population.

Former Trump adviser John Bolton writes that according to an interpreter who was present, when China's leader explained his reasoning for putting ethnic Uighurs in detention camps, the president agreed it was "the right thing to do." https://t.co/P6ppA7Ykfy

In his book, which Trump’s justice department has attempted to stop being published, Bolton argues the House impeachment inquiry should have ranged much further than just Trump’s efforts to pressure the Ukrainian government for his own political gain.

A speechwriter for former Defense Secretary James Mattis took to Twitter to say he “can confirm” a controversial claim in John Bolton’s bombshell book https://t.co/qC4sdaka9s

According to excerpts published by the Wall Street Journal, New York Times and the Washington Post, Bolton describes a pattern of corruption in which Trump routinely attempts to use the leverage of US power on other countries to his own personal ends.

CNN has now obtained a copy of "The Room Where It Happened."

The lead, for history: "Bolton has leveled a stunning accusation against his former boss," claiming Trump personally asked his Chinese counterpart, Xi Jinping, to help him win the 2020 electionhttps://t.co/Hrv5DsiFCO

“The pattern looked like obstruction of justice as a way of life, which we couldn’t accept,” Bolton writes, adding that he took his concerns to the attorney general, William Barr.

The anecdote involving Xi is particularly damaging for Trump in the run-up to an election in which he is trying to position himself as tough on China, and his opponent, Joe Biden, as being in Beijing’s pocket.  read more…

1. Trump pleaded with China to help win the 2020 election

According to the excerpt of Bolton’s book published by the Wall Street Journal, Trump asked China to use its economic power to help him win a second election.

Add Bolton w/ Haley as ppl who knew Khashoggi could be killed bc Trump & Kush gave the ok. His story that Trump defended SA to distract from Ivanka’s private emails is BS. Bolton absurdly said then he wouldn’t listen to the tape bc he couldn’t speak Arabic https://t.co/0uEXAcJS7D

In one instance, Trump and President Xi Jinping were discussing hostility to China in the US. “Trump then, stunningly, turned the conversation to the coming US presidential election, alluding to China’s economic capability and pleading with Xi to ensure he’d win,” Bolton writes.

Trump had his shirts and ties made in China bcs he couldn't care less about America First, Ivanka got dozens of expedited trademarks from them, and Trump borrowed millions from Bank of China, so of course he asked China to help him win the 2020 election.https://t.co/9EQUdkC6sr

“He stressed the importance of farmers and increased Chinese purchases of soybeans and wheat in the electoral outcome. I would print Trump’s exact words, but the government’s prepublication review process has decided otherwise.”

2. Trump suggested he was open to serving more than two terms

In another eye-opening exchange published in the Wall Street Journal, Trump also seems to support Xi’s idea of eliminating presidential term limits. “Xi said he wanted to work with Trump for six more years, and Trump replied that people were saying that the two-term constitutional limit on presidents should be repealed for him,” Bolton writes. “Xi said the US had too many elections, because he didn’t want to switch away from Trump, who nodded approvingly.”

Bolton’s book reportedly details cases where Trump tried to kill criminal investigations as favors to dictators. One incident published in the Washington Post includes a 2018 discussion with the Turkish president, Recep Erdoğan. Bolton says Erdoğan gave Trump a memo claiming that a Turkish firm under investigation in the US was innocent. “Trump then told Erdoğan he would take care of things, explaining that the southern district prosecutors were not his people, but were Obama people, a problem that would be fixed when they were replaced by his people.”

According to Bolton, Trump was also approving when Xi defended China’s internment of Uighur Muslims in detention camps. “According to our interpreter,” Bolton writes, “Trump said that Xi should go ahead with building the camps, which Trump thought was exactly the right thing to do.”

According to leaked Communist party documents published in November, at least 1 million Uighur Muslims are detained in the camps.