[ Editor’s Note: This was a surprise seeing Mexico jumping into the US-Venezuela oil and gas embargo battle, adding a new chapter to the ongoing sanctions saga.

Trump and his gang have put on display that any country not following US ‘requests’ could face US sanctions that would not draw any UN approval for the action, which would be a gross and continuing violation of the UN charter.

Mexico’s stance at this point is just an offer, as Venezuela has not requested Mexican gas.  But Iran has already offered to set up monthly shipments of gas to the Maduro regime, despite US threats to punish not only the shippers but any incidental assistance they receive, as in port stops.

Mexico seems to feel, and I agree if it does, that to accept any ultimatums from the US on trade with third parties will only lead to more ultimatums, so better to hold the line when the first one arrives, as one surrender will never be enough.

Gangsters historically do not do one time shakedowns once a target has submitted. The whole goal of the racket is to receive a steady flow of cash.

The catch here is when you have sovereign immunity, the shakedown business is very attractive, especially if you have a large military in reserve that will enforce shakedown directives if ordered to do so.

This the basis for Gordon’s signature address at the Damascus International Counter-terrorism Conference in 2015, when he described how all the major international crime rings were already embedded within governments to come under their immunity shields as permanent partners.

Here we are five years later, and not only was VT right, but the racket is bigger than ever, with no boundaries in sight other than a possible November 3rd one. If Biden wins, it will not take long to see if he makes cleaning out the hoodlums a priority, or, if he goes quiet, wanting to continue the partnership. We will be watching… Jim W. Dean ] 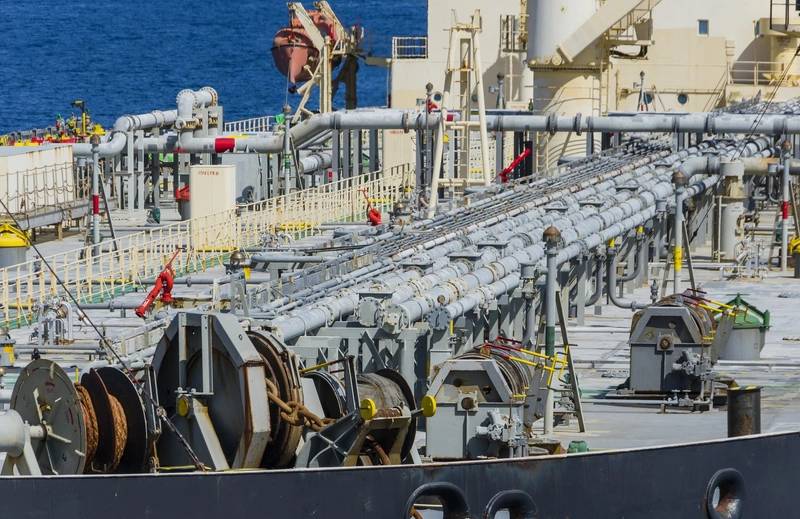 “If a request were made and it was a matter of humanitarian need, we would do it,” Lopez Obrador said Monday during his regular morning press conference, insisting that Mexico was an independent country.

“We make our own decisions and do not mess with the policies of other countries,” he said.

The administration of US President Donald Trump has persistently taken measures to choke off Venezuelan oil exports in a bid to starve the government of President Nicolas Maduro of its key source of revenue.

Consequently, Venezuela’s state-run oil firm, the PDVSA, has been forced to exchange the country’s crude oil for imported petroleum in recent years, though such swaps have been waning since Washington began imposing sanctions on the PDVSA in January 2019.

While saying that he would not take sides in the Washington-Caracas dispute, the Mexican president further said that his country could also export gasoline to Venezuela under the right circumstances.

He said he had not yet received any request for oil sales from Caracas.

The remarks by the Mexican president came shortly after Iran — another target of US sanctions — sailed a flotilla of five tankers of gasoline and components to Venezuela through early June in defiance of threats from Washington.

The US failed to hinder Iran’s fuel shipments to Venezuela amid Tehran’s threat of a firm response to any such attempt.

But Washington has vowed to punish the shipping firms linked to the trade and is considering to impose sanctions on dozens of foreign oil tankers that have transported Venezuelan oil.