Note: The 731 war criminals were brought to the US under Operation Paperclip by Allen Dulles and Richard Nixon, then a Lt. CMDR in the US Navy.  Of course it is all in an X Files episode as well.

Some of the most gruesome atrocities of World War II – medical experiments on Chinese, Russian and American prisoners – were committed in China by Japan’s infamous Unit 731.

Fifty Years later, the Japanese continue to deny or minimize this part of their wartime record, refused demands for a clear apology. The cover-up was assisted by the United States in the postwar years. Rather than allow Unit 731 research on biological warfare to fall into Soviet hands, America shielded some of the war’s worst criminals in exchange for their knowledge. Today, victims of the experiments are at last seeking compensation in the courts.

Unit 731’s sprawling headquarters were at Pingfan – completed with airport, railway stations and dungeons – on the outskirts of Harbin. Retreating Japanese troops burned down most of Pingfan in an attempt to destroy evidence, but even today, a local factory still fires up in incinerator where victims of medical experiments – at least 3,000 men, women and children – were disposed of. A dank cellar eerily suggests the thousand of white rats once bred there as carrier of bubonic plague and whose release at the war’s end killed thousands of local Chinese in an epidemic.

On a sunny day in June this year, on the steps of cellar, Han Xiao, Chinas leading expert on Unit 731, confirmed what the Department of Veterans Affairs has long denied: that American POWs in Mukden (Shenyang) were injected in 1943 with various bacteria to test their immunity. Most survived, but many died.

Breaking Silence. A member of Unit 731, Nobuo Kamaden, speaking on the record for the first time, told U.S. News that his main job at Pingfan was to breed plague bacteria. “We would inject the most powerful bacteria into rats. On a 500-gram rat, we would attach 3,000 fleas. When the rats were released, the fleas would transmit the disease.” Infected rats and fleas were also loaded into special porcelain bombs designed to keep the rats alive as they descended on a parachute from an airplane.

But it was the human experiments, more than horrible weaponry, that distinguished Pingfan. Once, in an operation aimed at extracting plague-infected organs, which Kamada still finds it difficult to talk about, Kamada took a scalpel with no anastethic, to a Chinese prisoner, or “log,” as the Japanese euphemistically called their victims. “I inserted the scalpel directly from the log’s neck and opened the chest,” he told an Japanese interviewer, at the time anonymously. “At first there was a terrible scream, but the voice soon fell silent.”

Sometimes the logs had to be prepared: “Unless you work with a healthy body, you can’t get results. So if we had a spy who was unhealthy . . . we would feed him good food and make him exercise. It was the height of cruelty.”

Kamada’s long silence about Unit 731 was shared almost universally by other former members. “Everyone was still alive. And the doctors were making contributions to medical studies. I thought it was best to stay silent for the sake of the nation,” he says. Indeed, Japanese leading medical schools had assigned doctors to Unit 731. They returned as pillars of the postwar medical establishment, as deans of medical schools and head of pharmaceutical companies. Lt. Gen. Masaji Kitano, who served as commander of Unit 731 near the end of the war, went on to the director of Green Cross Corp., a leading maker of blood products founded by another Unit 731 veteran. Today, a bizarre stone memorial that Kitano erected in honor of his experimental rats still stand in a disused rat cellar in China. It was more courtesy than he showed the victims of his experiments, who were euphemistically referred to as “monkeys” in published scientific papers. The Shenyang medical school still has hundreds of slides of human brain cross sections, some of which were used in papers published by Sendai University with open references to the use of “fresh human brains.”

Prof. Keiichi Tsuneishi, a Japanese historian of science, pieced together much of the Unit 731 story from scientific papers published by doctors, many of whom later agreed to speak to him. “They have no sense of remorse at all,” he says. Instead, the doctors complained of wasting the best years of their lives on medical research that could not be continued after the war.

These attitudes have contributed to a collective amnesia in Japan toward war atrocities. Still, the truth keeps seeping out. One example: Japanese right-wingers typically deny the Nanjing massacre of 1937-38, in which marauding troops slaughtered some 200,000 Chinese. A secret report from the defunct Japanese South Manchuria Railroad Co. recently came to light detailing some results of the massacre.

Professor Tsuneishi says that the death of Emperor Hirohito 1989 has made it easier for veterans to speak openly. Even so, reverence for the emperor’s brother, Prince Mikasa, learned of the human experiments when visiting Pingfan in 1943, and it is almost inconceivable that the emperor, who signed the order founding Unit 731, was unaware of the true nature of the work.

Indeed, recent historical research suggests that the emperor had a considerable greater hand in directly managing the conduct of the war and delaying the peace than had been thought. When Mac Arthur spared Hirohito from prosecuting in the interests of stability, he inadvertently blocked Japanese efforts to know and face their own past.
by Steven Butler in Tokyo 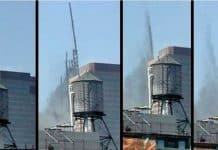 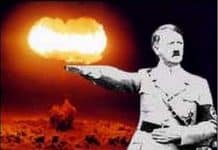