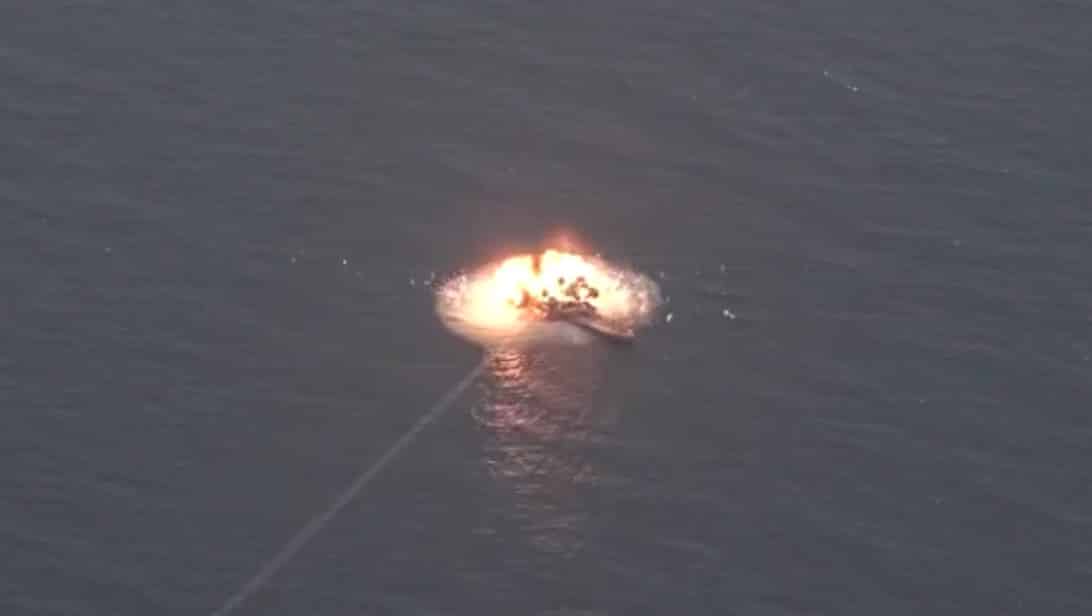 RT and Press TV: The Iranian military has tested a new homebuilt anti-ship cruise missile, successfully hitting a naval target during drills in the Indian Ocean. The new munitions are said to boast a range of at least 280km.

The large-scale drills, dubbed ‘Ramadan Martyrs,’ were held in the northern part of the Indian Ocean and in the Sea of Oman. Footage of the exercise, released by state media on Thursday, shows multiple cruise missiles launched from ground-based and ship-borne launchers.

The imagery also shows a missile scoring a solid hit on a floating dummy target. The targets are said to have been around 280km from the launchers.

The coast-to-sea and sea-to-sea missiles were produced by experts at Iran’s Ministry of Defense in cooperation with the Navy, according to the report.

At the end of the maneuvers, Deputy Chief of Army for Coordination Rear Admiral Habibollah Sayyari described the successful launch of new cruise missiles as a promising step toward further upliftment of the country’s defense and deterrence power.

He added that Iran will continue to march toward self-sufficiency and becoming needless of foreign military equipment despite brutal sanctions imposed on the country, adding that “successful test-firing of long-range missiles is a sign of remarkable progress in boosting synergy between the armed forces and defense industries.”

Iranian Navy Commander Rear Admiral Hossein Khanzadi also noted that production of new home-grown missiles by the Iranian experts will better equip the Islamic Republic to handle any threat against the Islamic establishment and the Iranian people while strengthening a sense of self-reliance in the Iranian Armed Forces.

The munitions used during the drills have been described by Iranian military officials as “next-generation” weapons. The successful test is a “sign of significant progress in increasing cohesion between the armed forces and defense industry,” Iran’s Army Rear Admiral Habibollah Sayyari has said, calling the missiles a “promising step in enhancing defense and deterrence power.”

The test comes a month after a deadly incident during Iranian naval drills, which left more than two dozen sailors dead and injured. Early in May, an Iranian military vessel accidentally hit the logistics and support ship ‘Konarak’ with a cruise missile after it set up a floating target. While the support vessel was effectively obliterated in the blast, it did not sink and the charred husk of the ship was towed to port.

Iran has been actively developing and testing various missiles over the past few years, including cruise, ballistic and anti-aircraft systems. Tehran has reiterated that the homegrown technology serves only defensive purposes and is crucial for maintaining the country’s sovereignty.