Day is ended, dim my eyes,
but journey long before me lies.
Farewell, friends! I hear the call.
The ship’s beside the stony wall.
Foam is white and waves are grey;
beyond the sunset leads my way.
Foam is salt, the wind is free;
I hear the rising of the Sea.

Farewell, friends! The sails are set,
the wind is east, the moorings fret.
Shadows long before me lie,
beneath the ever-bending sky,
but islands lie behind the Sun
that I shall raise ere all is done;
lands there are to west of West,
where night is quiet and sleep is rest.

Guided by the Lonely Star,
beyond the utmost harbour-bar,
I’ll find the heavens fair and free,
and beaches of the Starlit Sea.
Ship, my ship! I seek the West,
and fields and mountains ever blest.
Farewell to Middle-earth at last.
I see the Star above my mast! 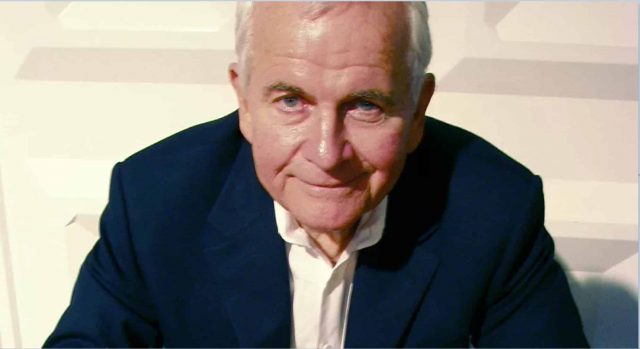 Holm, who started his acting career back in the fifties, starred in dozens of prominent films, including the Lord of the Rings series, Alien, The Fifth Element, Naked Lunch, and many others.

Rest In Peace dear Ian Holm, the undying lands await you 💛 thank you for bringing bilbo Baggins to life in a way that truly touched myself and an entire generation ✨🤍 pic.twitter.com/QktLjI3Hhb

RIP Ian Holm, a genius actor who brought considerable presence to parts funny, heartbreaking & terrifying. Thanks for Bilbo, Napoleon (twice), Sweet Hereafter, Big Night, Brazil and, of course the iconic Ash. "I can't lie to you about your chances, but… you have my sympathies." pic.twitter.com/tO9tcydVUK

Sir Ian Holm has died after a long battle with Parkinson’s disease, his family announced on Friday.

“He died peacefully in hospital, with his family and carer… Charming, kind, and ferociously talented, we will miss him hugely”, the statement read.

The actor, who starred on TV, in movies, and theatre for decades, playing in countless classic productions, films, and TV shows, was known for his iconic role of Bilbo Baggins in The Lord of the Rings.

Sir Ian Holm, star of Lord of the Rings, Alien and many more, has died at the age of 88. https://t.co/dg6VOUXwv9 pic.twitter.com/uUM0zbdgMf

Sir Ian Holm, who brought Bilbo Baggins to life and helped set the tone for the entire Tolkien Legendarium on the big screen, has died at age 88. His final screen performance of his varied & illustrious career was his return as Bilbo in The Hobbit – and he was very proud of that! pic.twitter.com/dRLswwTvol

The great Ian Holm is dead. Wonderful actor and it’s so sad to see him go. Farewell, you did great work Sir –
Lord Of The Rings and Chariots Of Fire star Sir Ian Holm dieshttps://t.co/CsxtqV4M4J pic.twitter.com/BiM4PV6lTf

British actor Ian Holm has died at the age of 88, according to a statement from his agent. Holm had a long and varied acting career that saw him cast as a slew of characters, including Bilbo Baggins in the "Lord of the Rings" movie trilogy. https://t.co/7puI7qUjmP

Remembering the life and career of the legendary Sir #IanHolm (1931-2020) 💙 #RIP pic.twitter.com/vcMKffpj9l