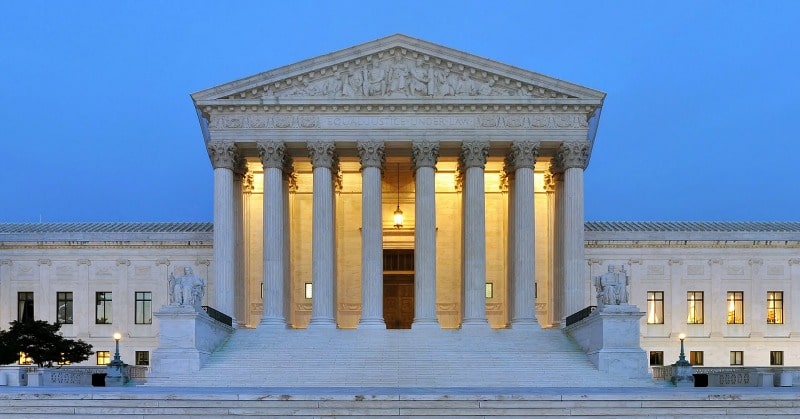 Washington — The Supreme Court on Thursday delivered a blow to President Trump’s immigration agenda, ruling the administration’s attempt to dismantle an Obama-era program that protects young undocumented immigrants from deportation was unlawful.

With its 5-4 ruling, the high court provided a lifeline to nearly 700,000 immigrants whose future in the United States hung in the balance while a yearslong legal battle over the Deferred Action for Childhood Arrivals (DACA) program moved through the courts.

Chief Justice John Roberts, who joined the four liberals justices on the bench, delivered the opinion for the court, writing that the Trump administration’s decision to unwind the program was “arbitrary and capricious” under the Administrative Procedure Act.

Roberts wrote the court does “not decide whether DACA or its rescission are sound policies,” but said the Department of Homeland Security should revisit the issue.

“We address only whether the agency complied with the procedural requirement that it provide a reasoned explanation for its action. Here the agency failed to consider the conspicuous issues of whether to retain forbearance and what if anything to do about the hardship to DACA recipients,” he wrote for the majority. “That dual failure raises doubts about whether the agency appreciated the scope of …read more: