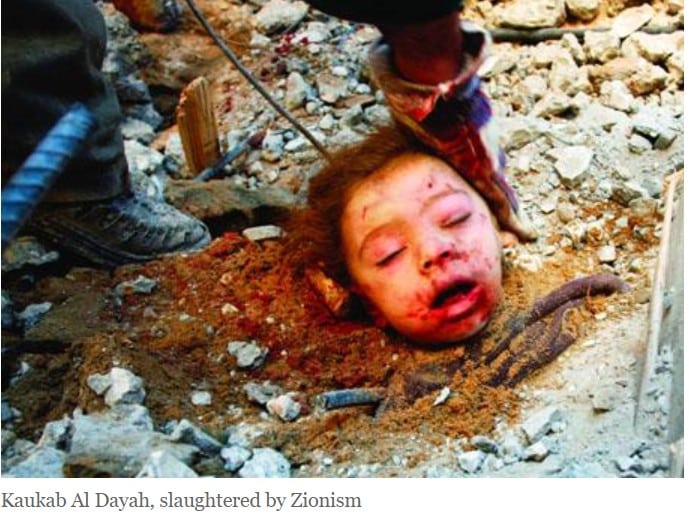 By David Boyajian for VT Armenia

Hardly anyone — Jewish or otherwise — believes that the Anti-Defamation League (ADL) genuinely cares about the welfare of Christian, Muslim, and other non-Jewish minorities in the Middle East.

After all, contrary to its claim to be a civil/human rights champion and “secure … fair treatment for all,” the ADL is essentially a political organization. 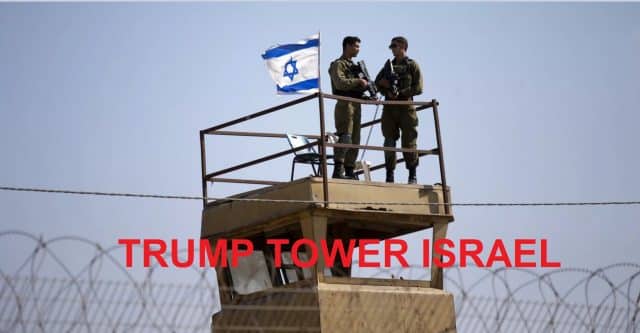 So when it launched its so-called “Task Force on Middle East Minorities” (TFOMEM) in late 2018, I suspected a political con job.

TFOMEM says it will spotlight “human rights offenses committed against minority communities in the Middle East.”

That sounds bizarre given that the ADL has itself committed human rights offenses against minorities and others right here in America. 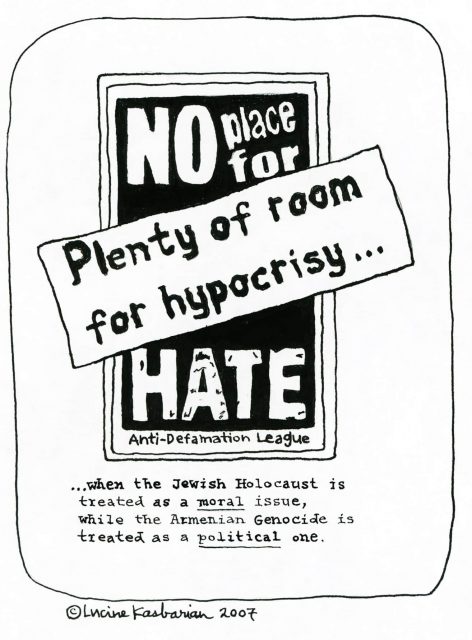 The ADL had a “private spy operation that authorities alleged crossed the line into illegal territory,” reported the L.A. Times.

ADL agents spied on American opponents of Apartheid in South Africa and passed information to its government — hardly the conduct of a civil/human rights organization.

Narrowly escaping indictment by the San Francisco D.A. — who was reportedly under political pressure — the ADL still had to pay $50,000 to the city.

The ADL also settled civil rights lawsuits brought by victims of its snooping.

In friendlier days, Israel and Turkey recruited the ADL and organizations such as the American Jewish Committee to deny/diminish the Armenian Genocide committed by Turkey from 1915-23.

These Jewish organizations and Israel also colluded with Turkey to defeat Armenian Genocide resolutions in the U.S. Congress.

Disgusted by the ADL’s genocide/Holocaust hypocrisy, in 2007-8 a dozen Massachusetts cities and the umbrella Massachusetts Municipal Association expelled the ADL’s sanctimoniously-named No Place for Hate program.  This made national and international headlines.

The ADL has never apologized to Armenians.  ADL CEO Jonathan Greenblatt’s 2016 acknowledgment of the Armenian Genocide came in a mere blog post and only after decades of deceit.

The ADL, promised Greenblatt, “would support” (not will support) an Armenian Genocide resolution in Congress.  That alleged “support” apparently came only in a belated letter three years later, one day before the resolution was already assured of passage.

That agenda: Weaken Israeli adversaries such as Iran, Syria, Shiite Muslims, and Turkish President Erdogan by any means possible.

TFOMEM will help by telling Americans that Israel’s adversaries, among their other wrongdoings, mistreat minorities.

TFOMEM’s three press releases since its launch are revealing.

Two welcomed Congressional resolutions on the plight of minorities in war-ravaged Syria and Iraq.  That aligns with Israeli policy.  Tel Aviv seeks to topple Syrian President Assad who is aligned with Iran and Hezbollah, the anti-Israeli Shiite militant organization.  Majority-Shiite Iraq is an Israeli target too.

TFOMEM’s third press release tried to bewitch American Christians by condemning Iran’s “arrest of over 100 Christians.”  Fewer Christians will be fooled, however, after the ADL’s attack on Christian Armenians.

Tel Aviv seeks, of course, to destabilize Iran by stirring its minorities, which include Arabs, Azeris, Bahais, Kurds, and others.

Tufts was probably chosen because of its longtime relationship with Greater Boston’s Armenian American community and Armenia.

Also discussed was the 2007 assassination by a Turkish extremist of Hrant Dink, an ethnic Armenian journalist and Turkish citizen.

The presentation contained little new for the Armenian Americans who comprised half of the some thirty attendees.

Despite her last name, Aramian is not even a token Armenian.  Her former husband is Armenian.

Erdemir is an ethnic Turk and Turkish citizen, like her husband and fellow TFOMEM member Aykan Erdemir, PhD.  A noted author on Turkey’s mistreatment of minorities and indigenous non-Turks, he’s a senior director at the Foundation for Defense of Democracies, a pro-Israel think tank.

He served in Turkey’s parliament from 2011-15 as a member of the opposition Republican People’s Party (CHP) founded by Kemal Ataturk, who continued the Armenian Genocide after 1918.

Israel and CHP despise President Erdogan and want to topple him and his Justice and Development Party (AKP).  Israel hopes a post-Erdogan/AKP Turkey would restore the countries’ warm relations.

Might hostility to Erdogan/AKP, rather than human rights considerations, partly explain why the ADL invited the Erdemirs into TFOMEM?

TFOMEM members change but include two Iranian Jews, undoubtedly because Iran is an Israeli target.

The other is Marjan Keypour Greenblatt, MA, wife of Jonathan Greenblatt who authored the ADL’s half-baked blog post referenced above.

Other members include a Christian Egyptian Copt and several Muslims.  But no Armenians, Assyrians, Kurds, or Palestinians.

The other Christian is Rev. Johnnie Moore, a public relations guru, Trump campaign manager, and member of the U.S. Commission on International Religious Freedom.  When the latter recommended the State Dept. put autocratic Azerbaijan on its “Special Watch List” for religious repression, Moore was Azerbaijan’s lone defender.  He has visited Azerbaijan, an Israeli ally, twice.

Might these facts, rather than human rights considerations, partly explain why the ADL invited Rev. Johnnie into TFOMEM?

TFOMEM members are surely aware of the ADL’s appalling record on minorities.

Exposing a country’s mistreatment of its minorities is certainly noble.

But TFOMEM will ultimately be of little or no benefit to minorities anywhere as long as it’s a tool of the duplicitous ADL.

Much of the author’s work can be found at www.Armeniapedia.org/wiki/David_Boyajian.