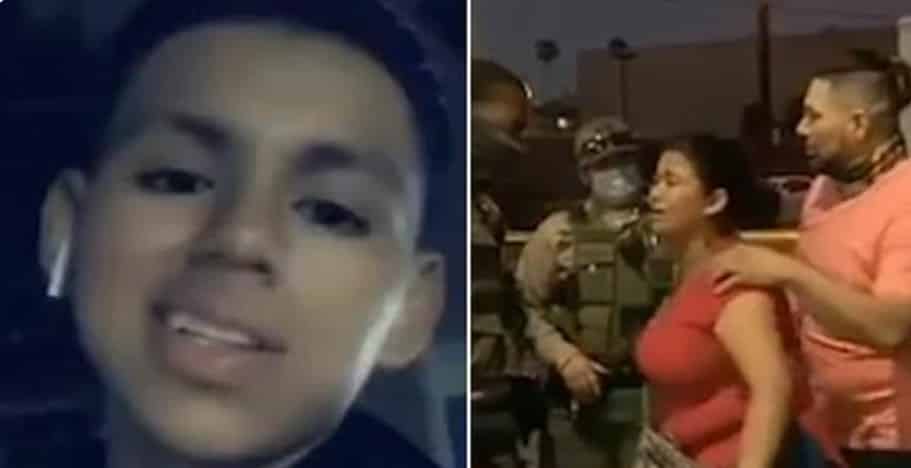 The teen, who was identified to local reporters as Andres Guardado by devastated family members, was carrying a handgun as part of his security duties at an auto body shop.

His employer, Andrew Heney, told CBS Los Angeles: “Police came up, and they pulled their guns on him and he ran because he was scared, and they shot and killed him. He’s got a clean background and everything. There’s no reason.”

This has to stop. LA County law enforcement is out of control. This is such bullshit. Gov Newsom needs to disarm them now. @LAPDHQ @LASDHQ @GavinNewsom @AGBecerra

The shooting came one day after the LASD was also involved in the fatal shooting of the half-brother of Robert Fuller, who was found dead hanging in California. Spokesman Lt. Charles Calderaro said Guardado “produced a handgun and then began running southbound away from the deputies… Deputies engaged in a short foot pursuit between the two businesses, at some point the deputies contacted the suspect and that’s when the deputy-involved shooting occurred.”

Hey where is the Raza at and support. I did not see anybody breaking news about this shooting in LA. Please circulate this article and now we need to stand up make a Raza Movement https://t.co/Qwcn4sx1Va

Video footage from the scene showed family members and friends confronting deputies at the scene, at one point pushing through the yellow police tape to demand answers.