Home Government Trump bombs in Tulsa – Is this the beginning of the end? 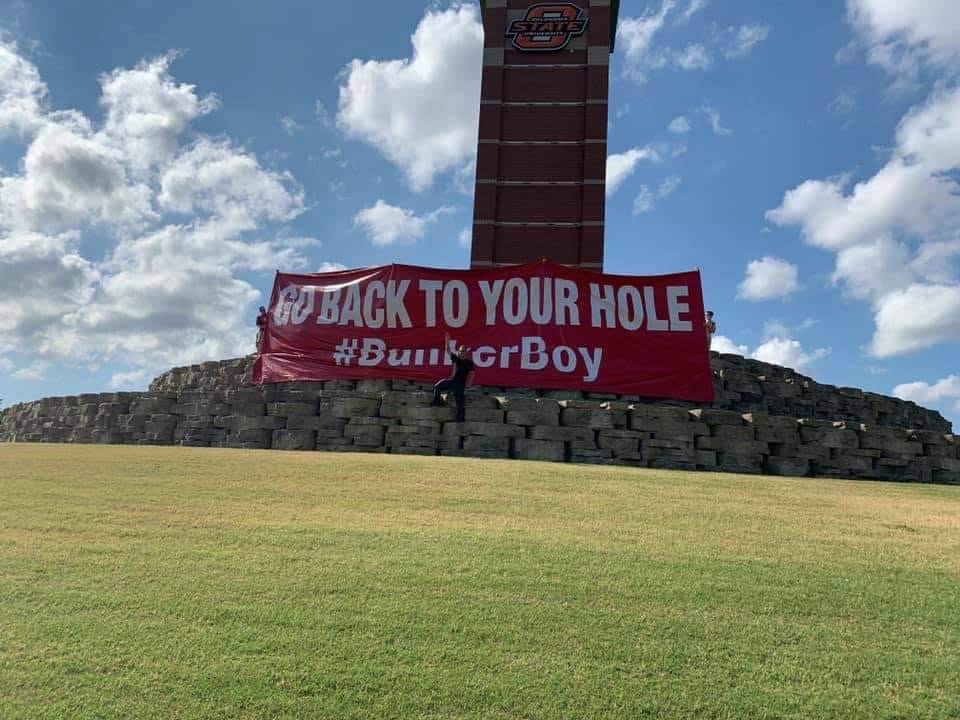 Sunday morning update: Anti-Trump teenagers reveal they punked the Tulsa rally by reserving thousands of tickets and then were no shows. One father tweeted that his daughter had 100. American politics might never be the same if high school kids can pull something like this off.

The Trump organizers’ claim that protesters were blocking people from getting in was determined to be bogus with one call to the National Guard. VT almost always gets its calls answered by military orgs, as we always answer theirs. It is a long established courtesy.

NY Times: Trump Rally Fizzles As Crowd Size Falls Short of Campaign’s Expectations – Mr. Trump’s attempt to revive his re-election bid sputtered badly as he traveled to Tulsa for his first mass rally in months but found a small crowd and delivered a disjointed speech.

The Associated Press: Trump campaign officials said protesters prevented his supporters from entering the Tulsa arena. That was not seen by three AP journalists reporting in the area for several hours. Police reported just one arrest Saturday afternoon.

Washington Post: He threatened violence against protesters, endangered his supporters by flouting health recommendations and endured a 110-day, coronavirus-induced dry spell, but when President Trump finally stepped back onto his rally stage Saturday night in Tulsa, he saw a sea of blue seats.

The thousands of empty arena chairs, after his campaign had hyped overflow crowds and ticket requests totaling more than 1 million, symbolized the beleaguered state of Trump’s presidency and of his quest to win a second term.

President Bunker Boy goes down in flames tonight, despite picking Red State Oklahoma as a safe place to have his first rally. If it bombed here, where else could he fill a large auditorium, other than with delegates to the convention who have to show up?

God only knows that there was endless money available to bring even fake Trump supporters in. Will the campaign now be offering free deluxe vacations to attend rallies?

Don’t hold your breath on getting an accurate attendance official count. The photo below is said to have been taken approximately 40 minutes before Trump’s address.

Reports are already coming in that media coverage of the inside crowd might be from another place and time.

As others are reporting, looks like attendance here in Tulsa is well below campaign’s expectations. Here’s the main floor at the arena currently pic.twitter.com/EASfSHL5nN

Here if the first whiff of a cover story for the low crowds, blaming it on protesters blocking attendees from getting in, despite the National Guard being there to protect attendees.

“President Trump is rallying in Tulsa with thousands of energetic supporters, a stark contrast to the sleepy campaign being run by Joe Biden from his basement in Delaware. Sadly, protesters interfered with supporters, even blocking access to the metal detectors, which prevented people from entering the rally. Radical protesters, coupled with a relentless onslaught from the media, attempted to frighten off the President’s supporters. We are proud of the thousands who stuck it out.”

President Trump’s campaign has abruptly canceled an outdoor rally that had been scheduled in downtown Tulsa, leading up to his main indoor rally. Crowds were sparse around the outdoor stage. https://t.co/BPOGccTqaG

It remains to be explained how protesters could have “blocked access to the metal detectors”, allegedly delaying entry to the rally, even while the streets were protected by the National Guard.

The event in Tulsa was the first Trump rally to take place in months. The rafters were empty, and there was plenty of room in front of the stage. https://t.co/g9uhk3C7wb

What we have here may be the implosion of the Trump presidential campaign.

Zoomer is a nickname for a member of Generation Z. [Many teens and youth punked the Trump campaign by reserving tickets.]

Roberto Quinlan tweeted on Saturday night: ‘So my teen daughter, who has Snapchat and TikTok accounts, walked in and said to me “So did it work? Did the teens get all the tickets to the Trump rally?” She’s known about this ALL WEEK and I just learned this an hour ago…’

He added: ‘There’s an element to this that is terrifying. I consume A LOT of political twitter and I had zero inkling that this was coming down the pipeline. ‘  [“Crouching tiger…hidden dragon…”]