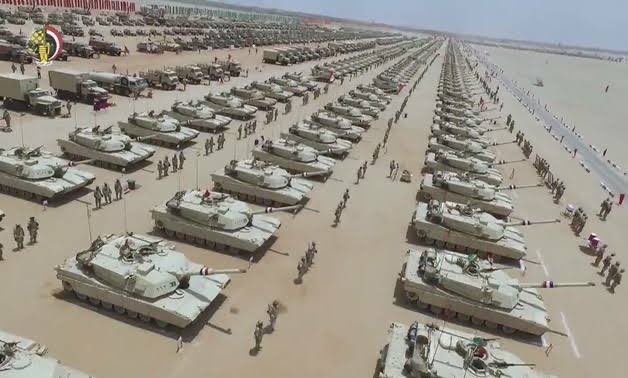 The President of Egypt announced that Egypt has legitimate grounds for entering the Egyptian army into Libya to fight mercenaries and terrorists.

Egypt demands the withdrawal of foreign troops and mercenaries from Libyan territory, as well as the destruction of terrorist groups. If this does not happen, Egypt is ready to ensure its national security by force, read the use of armed forces on the side of the LNA. Egypt will not be able to capture Sirte from LNA. At present, the Egyptian army is on high alert, security measures on the border with Libya have been strengthened, the necessary forces and equipment have been transferred to the Libyan border and the army’s air bases and field camps closest to Libya. In the event of hostilities, Egypt will be able to quickly enter into Libya up to 3 mechanized and tank brigades with the support of several dozen aircraft and helicopters. By the standards of the local war, more than serious forces.

The Council of Libyan tribes, who remain faithful to Haftar, said today that they welcomed the possible entry of the Egyptian army into Libya. Accordingly, Egypt had insured itself in advance – when troops were brought in, they would most likely refer to an official request from the Libyan parliament or tribal council in order to build some kind of legal reason for the presence that Erdogan already has thanks to an agreement with the Libyan PNS.

In fact, this is a direct threat to Erdogan – if he continues to attempt to capture Sirte and cross the Sirt Al-Jufra line in order to advance to the oil fields and terminals in Eastern Libya, Egypt will respond by force, which creates the risk of a direct clash between the Turkish and Egyptian military. Accordingly, the beginning of a larger attack on Sirte will lead to Egypt’s direct entry into the Libyan War. Of course, the Turks may have the idea that Al-Sisi is bluffing and that he will not risk a direct conflict, but everything shows that Egypt is more than determined, because inaction and ignoring Turkey’s gain in Libya is fraught with big problems already in the medium term run. Egypt, in turn, hopes that Erdogan will be frightened of such a scenario and give way, in fact agreeing with the dividing line of spheres of influence along the current front line, where Sirte holds the LNA.

What is the importance of Sirte and Al-Jufra. In fact, this is the main line of defense covering the main oil fields and terminals. If they are lost, the LNA will essentially have nowhere to catch on, at least to El Sidra, El Bregui and Ras Lanuf. The capture of AL-Dzhufra opens for the PNS and Turkey a direct road to the oil fields of Eastern Libya. 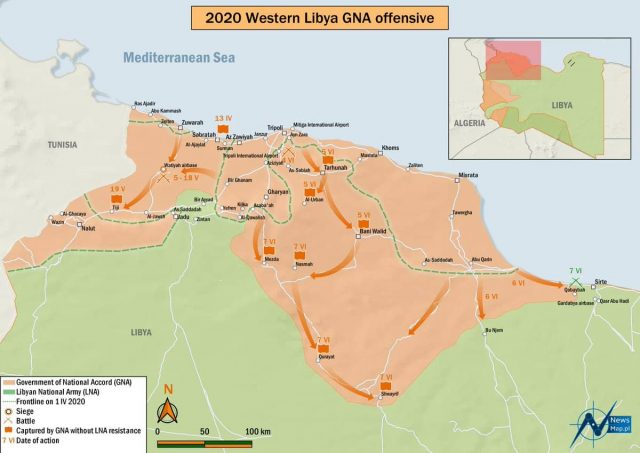 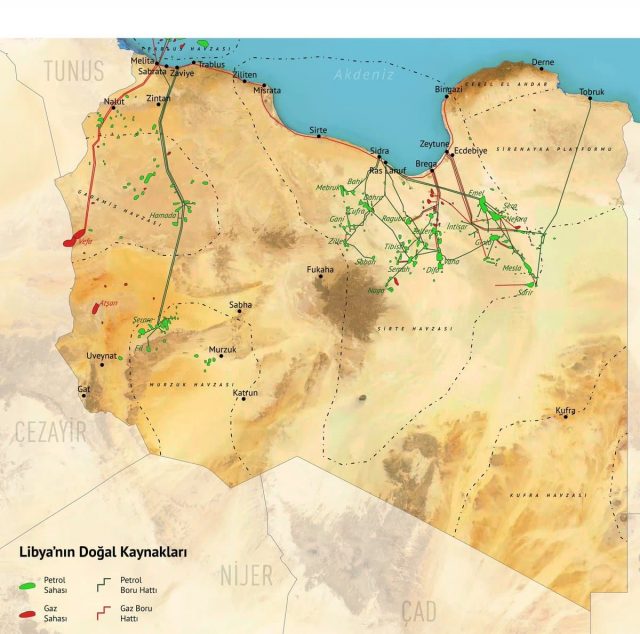 Turkey continues to insist that peace negotiations will be possible if the LNA surrenders the Libyan PNS to Sirte and Al-Jufra airbase (a requirement that Turkey periodically voices), while Turkey refuses to negotiate with Haftar, hinting that it does not want to see a partner in the negotiations Haftara, and the head of the Libyan parliament in Tobruk Saleh. This position is also relayed by the Libyan PNS, which states that the capture of Sirte and Al-Jufra is not subject to discussion, and Egypt’s threats are not afraid of the PNS and, in general, the PNS will “liberate” all Libyan lands. 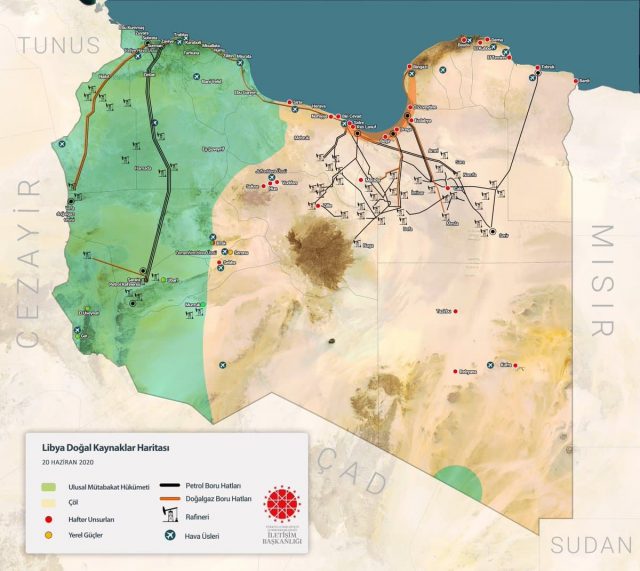 The total withdrawal of the offensive of Turkey and the Libyan PNS since May 2020.

Plus photos and videos of Al-Sisi’s trip to the border with Libya, where he inspected the troops of the Western Military District.