[ Editor’s Note: Sometimes these overseas interviews get lost in never never land, down the memory hole, or lost for a while until someone finds them and goes, “Oh, we never got this up”. This happens with VT, also.

FARS takes the record for me with this one. But unfortunately, the Afghanistan ‘peace’ process continues with more attacks on government forces despite Taliban prisoners having been released.

They also had the horrific ISIS attack on the maternity ward, killing mothers, newborns and medical staff. They are some really evil dudes, lowering the bar on what religious extremists can be capable of.

The US made a shady deal when it worked out a ceasefire deal with the US and the Taliban that did not include the Kabul government, which has had the US removing troops to the Taliban’s delight.

When they are all gone, they will launch a full attack on the Afghan government to finish it off and we will be back to square one, with nothing changed but the American people saddled with a huge debt for another failed military adventure.

It suggests that there is something really wrong with the leadership of our country, and possibly those that put them in power… JD ] 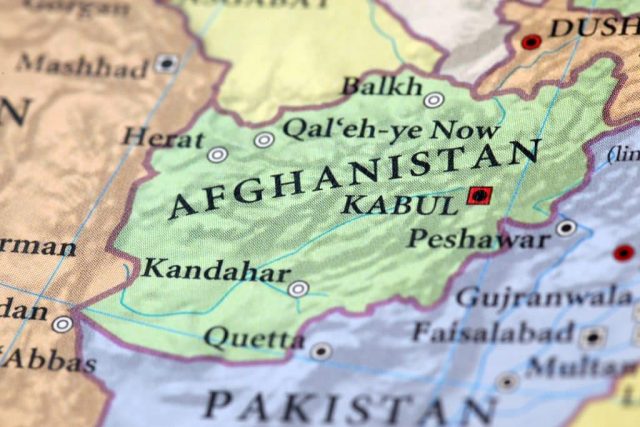 TEHRAN (FNA) – Jim W. Dean, managing editor of the “Veterans Today”, says the Trump Administration held peace talks with the Taliban only to claim an election year success, and ruined any chances of clinching an enduring peace deal between the armed group and Afghan government.
–

Speaking exclusively with FNA, Jim W. Dean said following the deal with Washington, the Taliban now considers Kabul “a puppet government that it wants nothing to do with”.

“The US strategy humiliated the Kabul government and further led to its current incredible situation where two people have not only claimed they won the last election, but both have held inauguration ceremonies”, he added.

Jim W. Dean is the managing editor of the US-based Veterans Today. He is a geopolitical commentator on various media outlets around the world. Jim W. Dean is a war veteran and comes from an old military family which traces its roots back to the American Revolution.

Q: Until recently, for long the Taliban refused to talk with the Afghan government, but they sat with the US at the negotiating table. How do you find that?

A: Getting the US to negotiate with the Taliban without the Kabul government involved doomed any possibility of success in my view. It showed the Taliban that Trump wanted to claim an election year success on “bringing the troops home” and exploited that weakness.

The US strategy humiliated the Kabul government and further led to its current incredible situation where two people have not only claimed they won the last election, but both have held inauguration ceremonies.

That led to Secretary of State Pompeo’s trip to counsel the two parties that they had to create a coalition government to be able to negotiate with a united majority to give them a stronger hand for future negotiations.

To get the attention of two claimed presidents, Mr. Ghani and Abdullah Abdullah, Pompeo used a big financial club by cutting one billion dollars in US support for this year. Whether that solved the political stalemate in Kabul remains to be seen.

They did put together a negotiating team, only to have it rejected by the Taliban. Although their joint coalition was considered to be diverse by many, the Taliban maintained its position by saying that it was not inclusive enough. They are in no hurry, as they feel time is on their side, as Afghanistan’s long history of defeating foreign incursions is carved in stone.

Q: After signing the peace deal with the US, the Taliban went ahead with committing more violence. What does it reveal about the US-Taliban peace deal?

A: The Taliban violence is what brought the US to the peace table on terms favorable to the Taliban, by excluding the Kabul government.

As it stands now, the Taliban has the upper hand because, while it has been launching attacks on Kabul forces around the country, it is showing that it can stand up to the mighty US military machine and what it feels is a puppet government that it wants nothing to do with.

The US bombing has killed a lot of civilians as the Taliban bases itself among the villagers and generally has no traditional military bases for logistics support. In response to the bombings, it has run a terror campaign against the Kabul government showing that it has no problem with slaughtering civilians to advance its political and military goals. There are no white knights in this conflict.

The prisoner exchange was a second torpedo in defeating the US made deal. There was no way that Kabul was going to release 5000 Taliban PoWs for 1000 Afghan army and policemen without some solid assurances that they would not be fighting inside the Taliban forces the next day.

Normally prisoners would be exchanged in small batches for confidence building steps. The process had begun with 100 Taliban preparing to be released, when it made the two major attacks this week on Afghan forces, killing that transfer.

I believe the Taliban knew that would be the result and did so anyway. You cannot make a peace that will ever hold with a party that has no intentions of having anything less than complete control of the country on its own terms. I fear the Afghan people will not be enjoying an enduring peace.