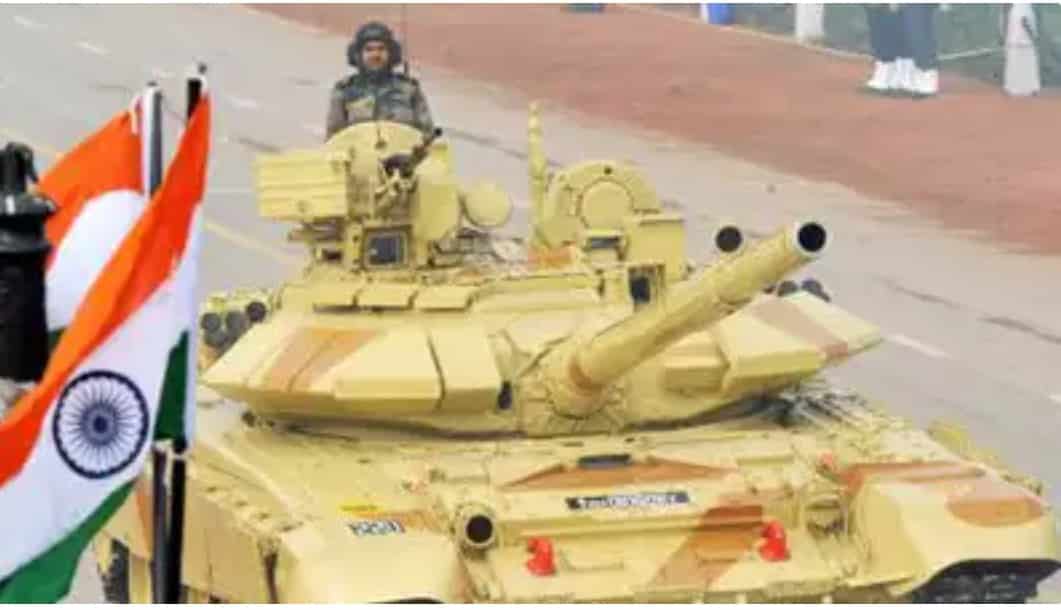 In these terms, through its military and intelligence agency RAW, India has continued expansionist designs by following intervention as part of hegemonic policies vis-à-vis her neighbouring countries, including those ones with whom India does not share border.

During Indian Prime Minister Narendra Modi’s rule, New Delhi has intensified meddling in the internal affairs of these countries. And Indian military and RAW have been given free hand to target these states through manipulation of political dissent, ethnic divisions and economic backwardness.

RAW, in collusion with the Afghan intelligence-National Directorate of Security (NDS) and Israeli Mossad has been assisting Tehreek-e-Taliban Pakistan (TTP), Daesh (Also known as ISIS and ISIL) and their affiliated terror outfits such as East Turkestan Islamic Movement (ETIM), the Balochistan Liberation Army (BLA), Jundollah (God’s soldiers) etc. to foment subversion, terrorism and sabotage. Thus, these entities are attempting to destabilise Pakistan, its province of Balochistan, Tibetan regions of China, and Sistan-Balochistan of Iran, including Afghanistan by supporting terrorism and promoting acrimonious sense of dissent and political volatility.

With the backing of the US and by manipulating its double game, New Delhi has been implementing aggressive strategy, especially against China and Pakistan.

In this regard, on May 5, this year, drastic tensions arose between New Delhi and Beijing, taking both the countries to the edge of war.

In response to India’s construction of roads and airstrips adjacent to the Line of Actual Control (LAC), which will improve connectivity and enable easier mobility for Indian troops in the area, thousands of Chinese People’s Liberation Army (PLA) troops moved into the regions along the eastern Ladakh border, setting up tents and stationing vehicles and heavy machinery.

Reports confirmed that the Indian army has moved several battalions from an infantry division usually based in the Ladakh city of Leh to “operational alert areas” along the border.

In this respect, Chinese official newspaper Global Times wrote: “The latest border friction was a planned move by New Delhi…India in recent days has illegally constructed defence facilities across the border into Chinese territory in the Galwan Valley region, leaving Chinese border defence troops no other options but making necessary moves in response, and mounting the risk of escalating standoffs and conflicts between the two sides.”

In this connection, a storm sparked in India by the contradictory statement, issued by the Prime Minister’s Office (PMO) on JUNE 19, 2020 that nobody had intruded across the Indian frontier in eastern Ladakh continued to swirl on June 20, with a clarification issued by his office leading to more questioning by the Opposition—at the meeting Modi had said: “Neither has anyone intruded into our frontier, nor is anyone present there, nor are any of our posts under someone else’s occupation.”

The Congress said that the government has failed in clarifying, if Chinese troops were present on Indian territories.

India and China held military-level talks on June 6, 2020 to resolve the current border issue in eastern Ladakh peacefully. But, a Colonel-rank officer and 20 soldiers of the Indian Army were killed and almost 76 injured in a violent face-off with Chinese troops in the Galwan Valley area of Ladakh on June 15, this year. More than 90 Indian soldiers are missing. India also concealed this news and afterwards admitted when Beijing disclosed the incident.

In this context, on June 19, 2020, Chinese foreign ministry spokesperson Zhao Lijian released a statement that gave Beijing’s “step by step” version of the events which led to the Galwan valley scuffle. Besides Indian casualties in the physical hand-to-hand fight with Chinese troops on June 8, the statement added: “China Won’t allow any unilateral change of Line of Actual Control…India is violating the understanding reached on June 6…India had even demolished its facilities, but they again returned on June 15 leading to the clash”.

It is notable that implementing the August 5 announcement of 2019, Indian central government had issued a map on October 31, 2019. In accordance with it, Jammu and Kashmir was bifurcated into two union territories—Jammu and Kashmir and Ladakh and identifies Pakistani side of Azad Kashmir as well as certain areas of Gilgit-Baltistan as an Indian territory.

Both Islamabad and Beijing had rejected this political map regarding the disputed territories.

India has escalated tensions with Islamabad particularly in the aftermath of the false flag terror attack at Puwama-Indian Occupied Kashmir (IOK). In this respect, on February 27, last year, in response to the Indian so-called pre-emptive air strike near the town of Balakot, close to the border with Pakistan’s sector of Kashmir, Pakistan Air Force (PAF) shot down two Indian Air Force (IAF) fighter jets and launched aerial strikes at six targets in the IOK.

In fact, as part of anti-Pakistan and anti-Muslim policies, PM Modi, the ruling party BJP-led, RSS and VHP are acting upon the ideology of Hindutva ((Hindu Nationalism). Their various malicious moves such as abrogation of the special status of the Jummu and Kashmir to turn Muslim majority into minority, continued lockdown in the IOK, martyrdom of thousands of the Kashmiris there, introduction of new domicile law against the majority of Kashmiris to completely end any sort of dialogue with Islamabad to settle the Kashmir issue, persecution of religious minorities especially Muslims, anti-Muslim laws-CAA/NRC, assaults on Muslims by the fanatic Hindus, blaming Indian Muslims and Pakistan for spreading coronavirus etc., and intermittent shelling inside Pakistani side of Kashmir in relation to the Line of Control (LoC) are of particular attention.

As regards the India-Nepal confrontation, a new road opened by New Delhi which passes through the disputed territory has roused territorial dispute between the two countries. The link road connects Dharchula in the India state of Uttarakhand to the Lipu Lekh pass near the LAC–India’s border with China.

India and China have 3,500 kilometers long un-demarcated border which runs along Himalayas. There are three pressure points: the China-Sikkim border, Nepal-India border and the Ladakh region where there is a lake and river.

Indian media reports suggest that Indian has lost hundreds of square kilometers of area and it is being dubbed as ‘second Kargil’.

Reacting to Amit Shah’s statement, Foreign Minister Shah Mahmood Qureshi stated: “Let me make it clear to Amit Shah that if India made the mistake, we will give a befitting response…Amit Shah should tell…Why does India not launch a surgical strike on Laddakh?…India has reached the extreme in committing atrocities in Kashmir…India wants to sabotage the Afghan peace process…New Delhi is threatening Pakistan to divert attention from its internal situation”.

Earlier, the DG of ISPR Maj-Gen. Babar Iftikhar said: “Chief of Army Staff General Qamar Javed Bajwa warned India…[saying] We will respond any aggression with full might…Prime Minister Imran Khan and Chief of Army have said that India was planning false flag operation…India faced great humiliation in the recent military standoff with China…faced embarrassment in map issues with Nepal as well…India is meddling in issues[of countries] where it doesn’t even have a border…India is facing many internal challenges especially after the emergence of coronavirus…many issues have emerged in India after the August 5, 2019 move, which revoked the special status of Indian Occupied Jammu and Kashmir…There is an emergence of Islamophobia in India. Now they [India] think the best way is to divert the attention towards Pakistan…The situation on the LoC…1229 ceasefire violations by India have been committed since start of this year…while their quadcopters have also violated airspace [of Pakistan] on different occasions”.

Notably, fast growing economic power of China coupled with her rising strategic relationship with the Third World has irked the eyes of Indians. Hence, Nepal has also become another target of the Indian hegemonic designs in South Asia, as it has developed cordial relationship with Beijing, while New Delhi’s endeavor to alienate Nepal from China has failed.

It is noteworthy that China’s increasingly closer ties with Pakistan and the China-Pakistan Economic Corridor (CPEC) which is part of China’s One Belt, One Road (OBOR) or China’s Belt and Road Initiative (BRI) has openly been opposed by India which is trying to sabotage this project, as recent terror-attacks, sponsored by RAW in Pakistan and Balochistan province have shown. As part of the new cold war with China, America has also opposed the CPEC. Therefore, Washington is supporting Indian illegitimate stand in connection with present border tensions between New Delhi and Beijing.

However, India and China also fought a brief war in 1962, which China won.

Nevertheless, the border tension between India and China in Ladakh also occurred in 2014 and 2017, which was resolved through negotiations. But, this time, it has become more serious. If it is not resolved through dialogue, it could result into a conventional war which may culminate into nuclear war. Same is the case of Kashmir which remains a nuclear flashpoint and New Delhi is following aggressive strategy against Pakistan.

It is most regrettable that by ignoring the modern global trends like renunciation of war, peaceful settlement of disputes and economic development in wake of the spread of coronavirus and its negative economic consequences almost all over the world, India’s expansionist designs are further sabotaging the regional peace.