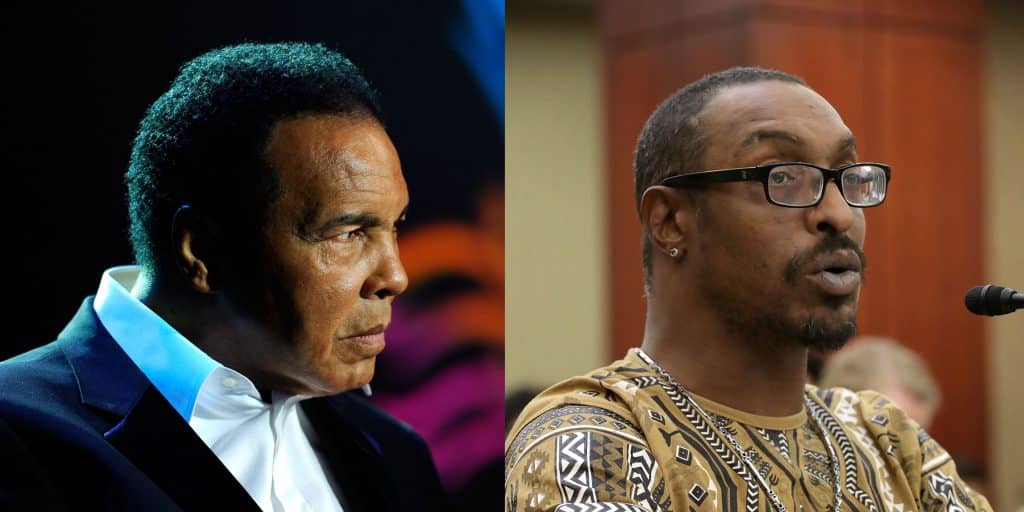 Muhammad Ali Jr., the son of the late boxing icon Muhammad Ali, has recently put a deathblow on the entire Black Lives Movement by saying that it is “racist.” Why? Because Black Lives Matter, said Ali Jr., is not concerned about all lives. “Ali Jr. said he believed his father would’ve supported the ‘all lives matter’ movement, and thought the legendary boxer would’ve believed current protestors were ‘nothing but devils’ after some demonstrations have turned destructive.”[1]

Ali Jr. elaborated on his claim: “I think it’s racist. It’s not just Black lives matter, white lives matter, Chinese lives matter, all lives matter, everybody’s life matters. God loves everyone — he never singled anyone out. Killing is wrong no matter who it is.”[2] Ali Jr. moved on to say that his father would have declared that the entire BLM movement “ain’t nothing but devils.” He added:

Ali Jr. provided some constructive criticism on the movement: “Don’t bust up shit, don’t trash the place. You can peacefully protest.” This is a very important point because one can protest without violence, looting, and rioting. I clearly remember when much of the Korean population was revolting against former president Park Geun-hye. I was in Gwanghwamun Square in 2016 witnessing the entire protest.

The place has also gone through many upheavals over the centuries. It was destroyed during the Japanese invasion in 1592, got reconstructed in 1867, and got deconstructed again by the Japanese in 1926 for reasons that are beyond the scope of this article. So it was obviously no coincidence that protesters would choose Gwanghwamun Square to raise their voice in unison against Park Geun-hye’s political and financial corruption. After all, Gwanghwamun Square is within walking distance from the White House. But everything was done peacefully, even though people were chanting “Down with Park Geun-hye!” There was no violence, no looting, and no rioting. The demonstration was really crowded but civil.

So why can’t people in the so-called BLM advocates express their anger or outrage without appealing to violence and destruction? Well, they obviously have been paid and financially supported by the elite to act like they are doing a scene for Planet of the Apes, Part III.

In contrast to BLM’s entire diabolical weltanschauung, Ali Jr. again sees police officers not as enemies, because “don’t wake up and think, ‘I’m going to kill a nigger today or kill a white man.’ I never had a bad scene with a cop. They’ve always been nice and protect me. I don’t have a problem with them.”[4]

Ali Jr. is not here condoning the recent death of George Floyd, but he is trying to get at the bottom of all these issues because the media won’t do it for him. Ali Jr. again said:

“The officer was wrong with killing that person, but people don’t realize there was more footage than what they showed. The guy resisted arrest, the officer was doing his job, but he used the wrong tactic.”