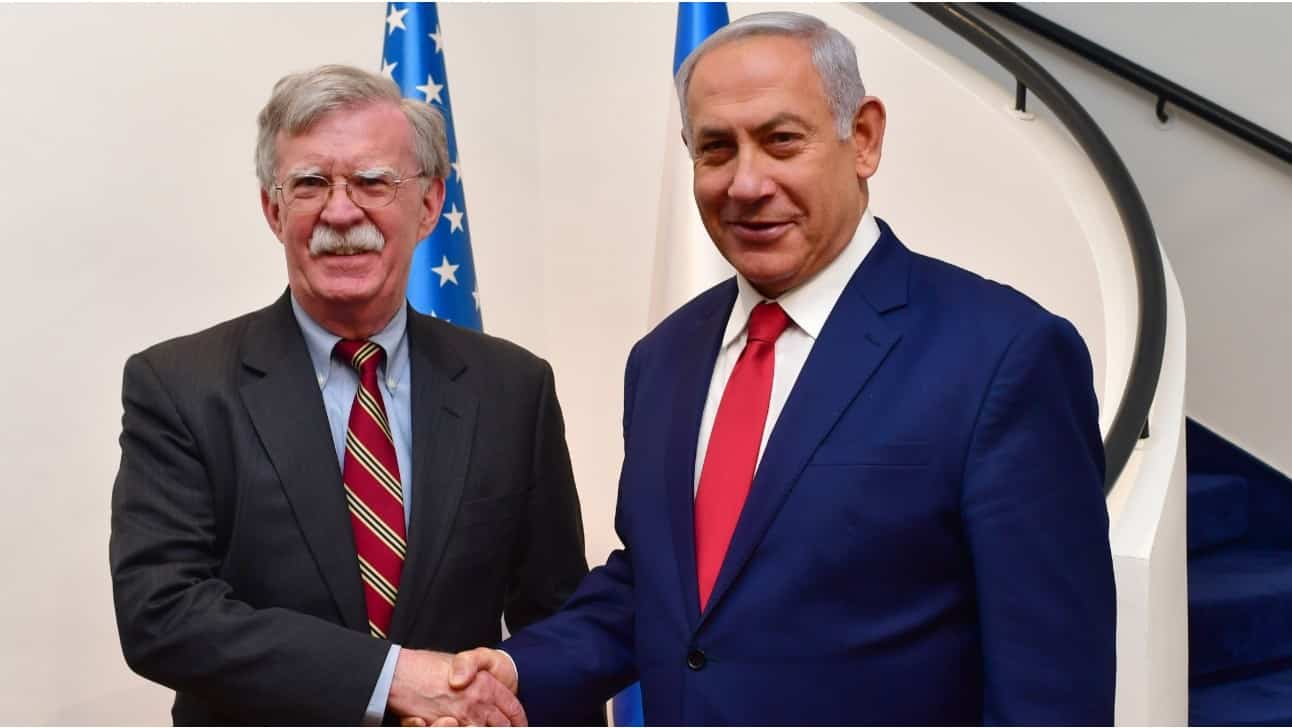 (JTA) — President Donald Trump said he would support an Israeli attack on Iran, former U.S. National Security Adviser John Bolton said in his new tell-all book about the 18 months he spent in the Trump administration.

“The Room Where It Happened: A White House Memoir” is scheduled to be released Tuesday by Simon & Schuster, but many reporters have been able to get hold of leaked copies.

A federal judge ruled Saturday that the Bolton book could be published, despite attempts by the Trump administration to stop its release saying it contains classified information.

Bolton writes that Trump asked him to remind Prime Minister Benjamin Netanyahu that he would support Israeli strikes on Iran.

“I warned Trump against wasting political capital in an elusive search to solve the Arab-Israeli dispute and strongly supported moving the U.S. embassy in Israel to Jerusalem, thereby recognizing it as Israel’s capital,” Bolton wrote. “On Iran, I urged that he press ahead to withdraw from the nuclear agreement and explained why the use of force against Iran’s nuclear program might be the only lasting solution.

“‘You tell Bibi [Netanyahu] that if he uses force, I will back him. I told him that, but you tell him again,’ Trump said, unprompted by me.”

Bolton also said that special White House adviser Jared Kushner, Trump’s son-in-law, in cooperation with Secretary of State Mike Pompeo prevented phone calls from Netanyahu from reaching Trump during the August 2019 G7 meeting in France. Iranian Foreign Minister Javad Zarif paid an unexpected visit to the summit, and the two leaders were scheduled to meet at the invitation of French President Emmanuel Macron. Netanyahu was calling to encourage Trump not to meet with Zarif.

Bolton wrote that he came upon Kushner on the phone with U.S. Ambassador to Israel David Friedman, saying that he would not put Netanyahu through to the president.

“When he hung up, Kushner explained he had stopped this and an earlier effort by Netanyahu because he didn’t think it was appropriate for a foreign leader to talk to Trump about whom he should speak to,” Bolton wrote.

While Bolton did not think Trump should meet with Zarif, Kushner thought there would be nothing to lose. Trump did not meet with Zarif in the end, but Bolton believes that either Kushner or Treasury Secretary Steve Mnuchin may have met with Zarif, writing that “this latter hypothesis was something that I believed agitated and worried senior Israeli officials, and which of course made Pompeo livid.”

Bolton said he had been prepared to resign if the meeting between Trump and Zarif went forward.

Netanyahu is mentioned more than 30 times in Bolton’s memoir. Most of these are short descriptions of conversations between the Israeli prime minister and the author on the topic of Iran, Haaretz reported, noting that the reports contain “very little new or significant information.”