[ Editor’s Note: There is no big surprise here. Notice the dearth of British coverage on how leaving the EU was always going to be a double whammy with the virus crisis. EU reporting on working out a Brexit deal describes Britain’s attitude as that of a conqueror talking to its vanquished enemies.

Everyone will be losers now, as they will experience to a degree what Iran has been going through with having to go substitute imports to keep as much of their workforce employed during decreased exports.

The Brits will still have their own currency, but as you will read below, it came close to not being able to sell its debt recently, quite an admission, and a failure to do so could devalue its currency.

Everyone in Europe will be under the strain and trying to pass the problem onto someone else, which was certainly the British post Brexit negotiators’ goal.

London might have gotten a better deal sooner than the one it will eventually get. Boris would get the blame for that, but with a weakened Labor Party, it does not hurt him much politically … Jim W. Dean ] 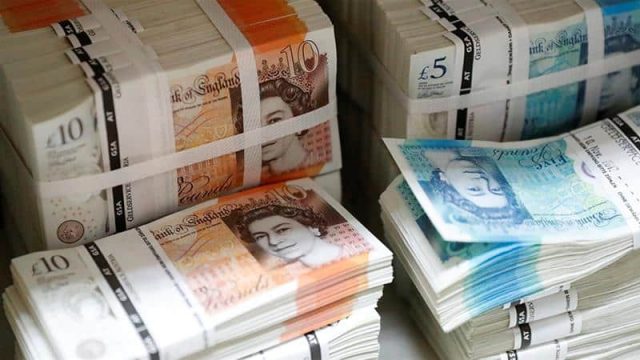 In a rare interview the governor of the Bank of England has claimed the government would have become insolvent had the Bank not intervened at the beginning of the coronavirus crisis.

In an exclusive interview with the new Sky News podcast, the World Tomorrow, Andrew Bailey claimed that in the early stages of the crisis the UK “came within a whisker” of not being able to sell its debt.

Bailey, who was appointed the governor of the Bank of England (the UK’s central bank) on March 16, said that in the early days of the coronavirus-induced economic crisis the markets were in “freefall” and it appeared the government was unable to sell its debt to private investors, an unprecedented development in modern British economic history.

In the interview Bailey put up a robust defense of the Bank’s decision to intervene directly in the crisis in the form of £200 billion worth of quantitative easing, which has been described as the biggest single cash injection in the British central bank’s history.

Discussing the crisis more broadly, Bailey claimed that many “viable” British companies will not survive the coronavirus-induced recession.

“There will be companies who won’t survive [the crisis] – that’s unfortunately the case”, Bailey said curtly.

Bailey also pulled the rug on the widespread assumption that pandemic-induced job losses will be reversed once the crisis has abated.

According to Bailey, there will be some “structural change [to the economy] which will cause jobs to be lost”.

Bailey’s downbeat assessment is likely to demoralize the government and its supporters who are banking on a quick economic recovery once the pandemic subsides.