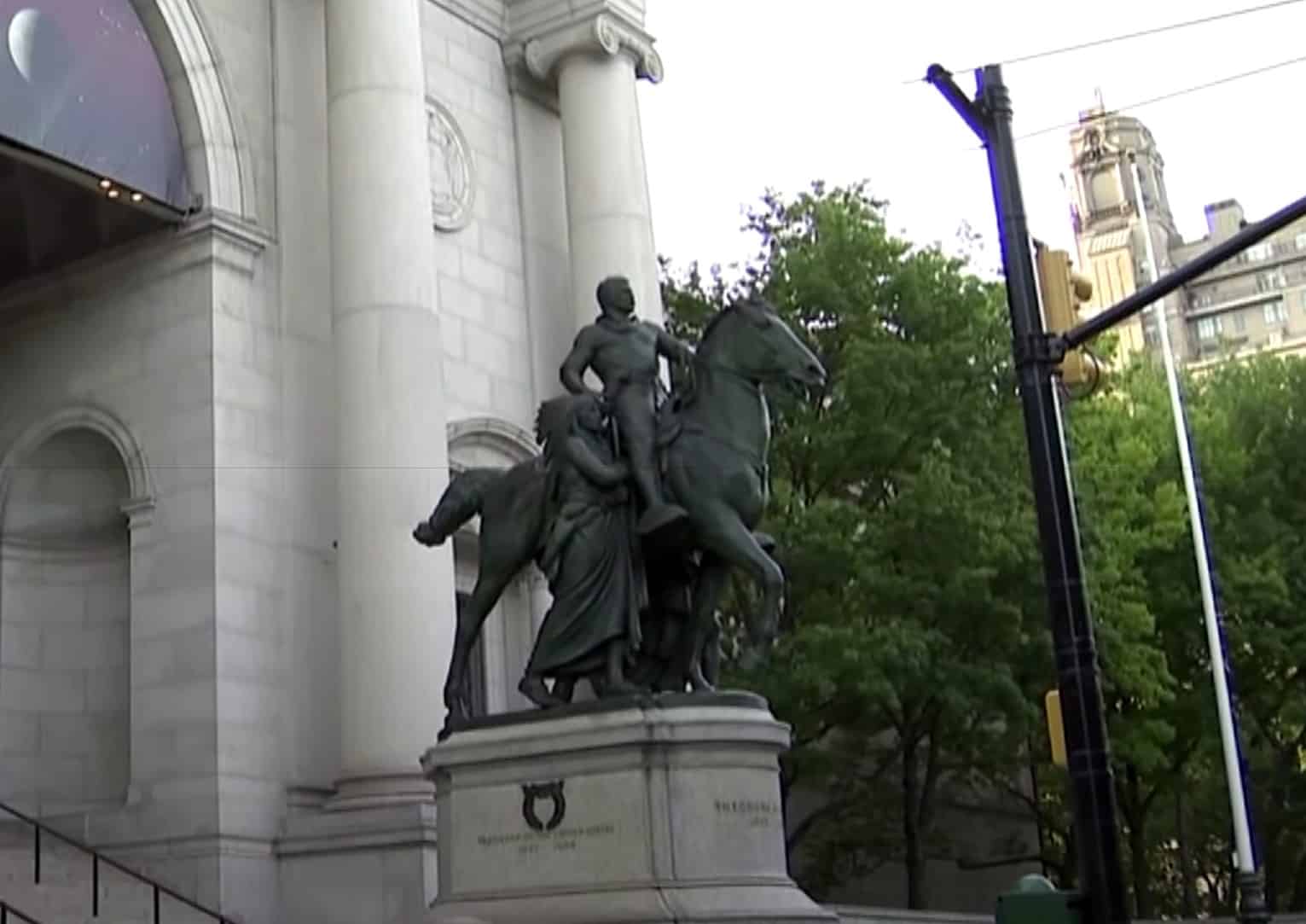 NEW YORK CITY’S American Museum of Natural History announced Sunday that it will remove its famous statue of President Teddy Roosevelt from its sidewalk entrance.

This suggests that Americans still have not faced the extraordinarily dark side of Roosevelt’s history.

Roosevelt was born in 1858 to a wealthy New York City family. When his father died while Roosevelt was attending Harvard, he inherited the equivalent of about $3 million today. While in his twenties, Roosevelt invested a significant percentage of this money in the cattle business out west. This led him to spend large amounts of time in Montana and the Dakotas in the years just before they became states in 1889.

During this period, Roosevelt developed an attitude toward Native Americans that can fairly be described as genocidal. In an 1886 speech in New York, he declared:

I don’t go so far as to think that the only good Indian is the dead Indian, but I believe nine out of every ten are, and I shouldn’t like to inquire too closely into the case of the tenth. The most vicious cowboy has more moral principle than the average Indian. Take three hundred low families of New York and New Jersey, support them, for fifty years, in vicious idleness, and you will have some idea of what the Indians are. Reckless, revengeful, fiendishly cruel.

That same year Roosevelt published a book in which he wrote that “the so-called Chivington or Sandy [sic] Creek Massacre, in spite of certain most objectionable details, was on the whole as righteous and beneficial a deed as ever took place on the frontier.”

The Sand Creek massacre had occurred 22 years previously in the Colorado Territory, wiping out a village of over 100 Cheyenne and Arapaho people. It was in every way comparable to the My Lai massacre during the Vietnam War. Nelson A. Miles, an officer who eventually became the Army’s top general, wrote in his memoirs that it was “perhaps the foulest and most unjustifiable crime in the annals of America.”

The assault was led by Col. John Chivington, who famously said, “I have come to kill Indians. … Kill and scalp all, big and little; nits make lice.” Soldiers later reported that after killing men, women, and children, they mutilated their bodies for trophies. One lieutenant stated in a congressional investigation that “I heard that the privates of White Antelope had been cut off to make a tobacco bag out of.”

In a subsequent book, “The Winning of the West,” Roosevelt explained that U.S. actions toward American Indians were part of the larger, noble endeavor of European colonialism:

All men of sane and wholesome thought must dismiss with impatient contempt the plea that these continents should be reserved for the use of scattered savage tribes. … Most fortunately, the hard, energetic, practical men who do the rough pioneer work of civilization in barbarous lands, are not prone to false sentimentality. The people who are, these stay-at-homes are too selfish and indolent, too lacking in imagination, to understand the race-importance of the work which is done by their pioneer brethren in wild and distant lands. …

The most ultimately righteous of all wars is a war with savages. … American and Indian, Boer and Zulu, Cossack and Tartar, New Zealander and Maori,—in each case the victor, horrible though many of his deeds are, has laid deep the foundations for the future greatness of a mighty people.

It is no exaggeration to call this Hitlerian. And while it’s extremely unpopular to say so, Nazism was not just rhetorically similar to European colonialism, it was an outgrowth of it and its logical culmination.

In a 1928 speech, Adolf Hitler was already speaking approvingly of how Americans had “gunned down the millions of Redskins to a few hundred thousands, and now keep the modest remnant under observation in a cage.” In 1941, Hitler told confidants of his plans to “Europeanize” Russia. It wasn’t just Germans who would do this, he said, but Scandinavians and Americans, “all those who have a feeling for Europe.” The most important thing was to “look upon the natives as Redskins.”  read more…