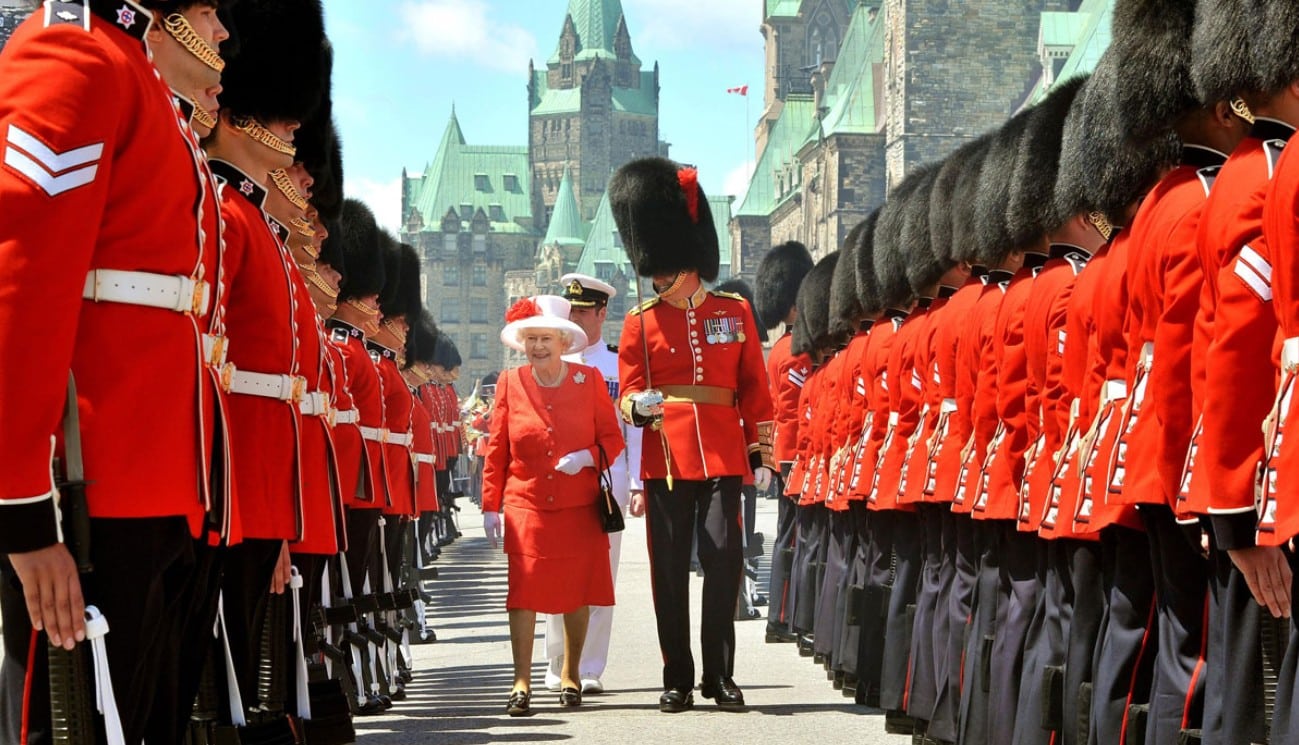 Sputnik/Moscow: Many of the ugliest episodes in Canada’s history can be traced back to the British royals. Now is the right time for the country to consider turning its back on the Crown.

Although it isn’t a recent idea, there is no denying that the politically motivated removal of statues and renaming of places has picked up momentum during recent weeks.

Boogalo boys killing cops and planning attacks on cops
But we talking about a statue pic.twitter.com/KelhJ53TKy

Since protests began over the police killing of George Floyd in Minneapolis, dozens of statues and memorials commemorating figures from the Confederate Army and the slave trade and those responsible for the colonization of the Americas have been taken down in the US, either by protesters or by officials concerned that they would be in the firing line.

Some of the recent targets have also included monuments celebrating seminal figures in the country’s founding, like George Washington, who became a slave owner at the age of eleven.

Outside the US, others have followed suit, targeting local symbols associated with the slave trade, colonization, or racist policies directed against black and indigenous populations.

In Canada, there are a number of ongoing debates around the renaming of places, including a busy downtown street in Toronto which took its name from a UK lawmaker who delayed the abolition of slavery; and a public university named after a founder of the country’s public education system, who also birthed the horrific residential school system, which was a component of genocide against indigenous people.

Monuments of pivotal figures in the country’s history have also been targeted. In 2018, a statue of the former Prime Minister Sir John A. Macdonald was removed from the steps of a City Hall building in the province of British Columbia. Macdonald may have been the country’s first prime minister, but he was also a white supremacist who commissioned the residential schools and led a campaign to violently quell various uprising indigenous populations.

Hong Kong is no longer British, never really was, and it’s time to let go of all our hypocritical, nostalgic colonial nonsense

Since Floyd was killed in the US, at least two indigenous people have been killed by Canada’s federal police, the Royal Canadian Mounted Police (RCMP), which was the force set up by Macdonald to suppress indigenous rebellions.

People in Canada still see Macdonald’s face every time they use a $10 bill, however. And if they have to spend a little more, they will notice the face of someone else who illustrates the glaring hole in the current focus on these names and statues in this country.

Queen Elizabeth II graces the country’s $20 banknote and all of the coinage in circulation – which makes sense, given that she is technically the head of state of a country which is still part of the British empire.

The appointed governor-general – the Queen’s representative in the country – is still the person who has to sign bills into law, allow elections to be called, and approve governments to be formed.

Even pro-monarchy groups acknowledge that each Canadian contributes $1.63 a year – a total of $50 million – to the royal family, who are the direct descendants of those who transported 3.1 million Africans to their colonies in the ‘New World’ while engaging in brutality against indigenous people. The same family engaged in the enslavement of black people for over 250 years, and oversaw the violent colonization of territories and people in virtually all corners of the world, from the Middle East, to Africa, to the Asian subcontinent to the Caribbean.

The handful comprising this institution spent centuries living well off the theft of labor and land which contributed to fueling Britain’s development, and didn’t hesitate to oppress its own populations when they decried their own situation in the face of their opulence.

To add insult to injury, not only does every person in Canada have to give money to this outdated entity, but to become a citizen in this country you must swear an oath to the Crown – as Charles Roach knew well. The prominent black lawyer and activist spent half a decade in the country until his death in 2012 but was never able to become a full citizen in Canada, having refused to swear this oath.

Under the Liberal government of Justin Trudeau, the oath has been shifted slightly to ‘recognize’ indigenous people, but it maintains that one will “be faithful and bear true allegiance to Her Majesty Queen Elizabeth the Second, Queen of Canada, Her Heirs and Successors.”

While even the ugly chapters of Canada’s past need to be remembered, it is completely understandable that people want to remove the statues, monuments and names that implicitly celebrate those who had a role in carrying out these crimes. But does taking down a statue or changing the name of a street, a university or even a town have much value beyond the symbolic, when the structures and institutions that created them are still present?

Many of the most unpleasant parts of Canada’s history involve the British monarchy. Surely any true reconciliation of the country with its past needs to start by questioning its relationship with this archaic institution.