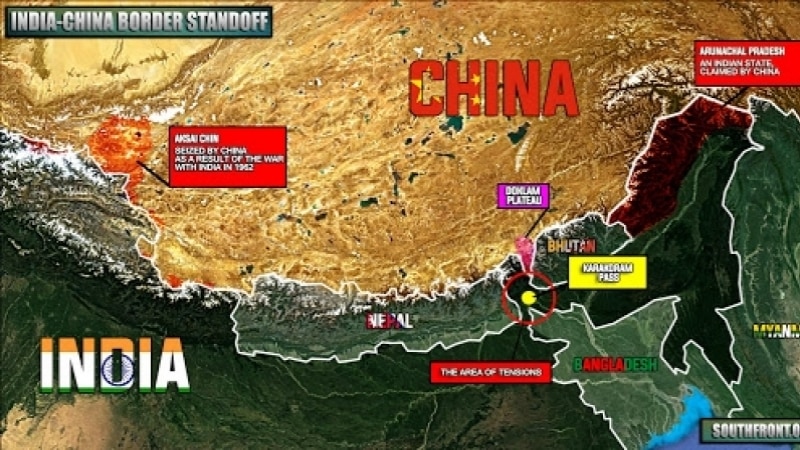 How did 20 Indian soldiers die in clashes with Chinese forces in Ladakh in the disputed Kashmir region, when both sides admit no bullets were fired?

It seems the Chinese beat the hell out of Indian soldiers during the June 15 fracas high up in the Himalayas.

Those familiar with Punjabi and Urdu would understand what ‘punga’ means. It’s slang for provoking someone that can have serious consequences.

“How a clash that did not involve an exchange of fire could prove so lethal is unclear. There are reports that it was fought with rocks and clubs,” mused the BBC.

“Local media outlets reported that the Indian soldiers had been ‘beaten to death’,” continued the BBC.

Initially India reported three casualties on its side—two soldiers and an officer.

Delhi also claimed there were casualties on the other side.

The Chinese did not mention any casualties on their side but said they had captured a number of Indian soldiers, including a major.

The soldiers were released but the Indian major, reportedly, was still in Chinese custody.

Early today, the Indian army said three of its soldiers, including an officer, had died in the clash.

Later in the day, it said that “17 Indian troops who were critically injured in the line of duty” had died from their injuries, taking the “total that were killed in action to 20”.

According to reports from the region, both sides used rocks and clubs in the skirmish.

It seems the Chinese were far more agile in the use of these otherwise non-lethal weapons.

In any case, Indian troops are thoroughly demoralized as a result of low pay and poor living conditions.

Many suffer from depression and are unmotivated to fight, especially against a powerful adversary like China.

While India regularly threatens Pakistan, even resorting to firing artillery at Kashmiri villagers on the Pakistani side, with China, it is much more circumspect.

In November 1962, in the only war with China, India was convincingly beaten with Indian troops fleeing their posts.

In the nearly 60 years since, China has become a global power both militarily and economically while India, despite a very large army, is no match for Beijing.

The border between the two countries in the frosty Himalayas is unmarked. Each side accuses the other of occupying its territory.

In recent weeks, however, India tried to take advantage by building a new road and an air strip in the most remote and vulnerable area along what is referred to as the Line of Actual Control (LAC) in Ladakh.

This seems to have upset China that warned India to desist.

Last month, there were minor skirmishes between the two sides. It led to a meeting between the two countries’ top military officials and diplomats earlier this month in an attempt to defuse tensions.

India is desperate to avoid a clash, fully aware of the disastrous consequences.

It bares its fangs to threaten its smaller neighbors.

Military officials from both sides are meeting to defuse tensions and not allow these skirmishes that gave the Indians a bloody nose, from escalating.

India can ill-afford to pick up a fight with China, especially at a time when its economy has tanked amid the pandemic.

COVID-19 has left hundreds of millions of people in India without food or any assistance.

While Indian media continues to indulge in jingoism, its military knows the reality and is unwilling to take on a powerful adversary like China.

The moral of the story is, don’t take ‘punga’ with China!