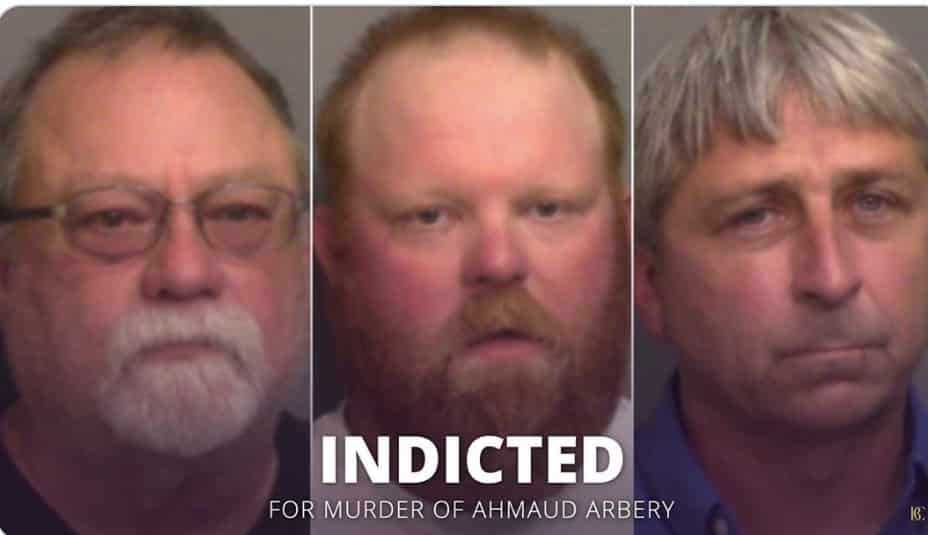 Ahmaud Arbery’s football family made sure his slaying wouldn’t be ignored.

Breaking News: The 3 white men arrested in the killing of Ahmaud Arbery, a black man who was chased while jogging in Georgia, were indicted on murder charges https://t.co/c6AfvNKRSP

JUST IN: Three white men accused in the murder of Ahmaud Arbery, a Black man who was shot and killed while he was jogging in Georgia, were indicted by a grand jury. https://t.co/Z8AAW4cKBf

This case has picked up speed since the GBI got involved and a new prosecutor was assigned. I expect things to continue to move in a positive direction with the hopes of life in prison, no parole or execution,” Arbery’s aunt, Thea Brooks, told The Daily Beast after the announcement.

Cobb District Attorney Joyette Holmes said the jurors returned the indictment in 10 minutes after hearing about the case for an hour and a half. McMichael, 34, and his father Gregory, 64, are facing murder and aggravated assault charges, while William Bryan Jr. was charged with felony murder and criminal attempt to commit false imprisonment.

This white man ran down a Florida street with a TV under his arm to show how racism killed Ahmaud Arbery #RunWithMaud pic.twitter.com/EQS45E0s9D 05#FixThePolice

The Georgia Bureau of Investigation alleges that on Feb. 23, Gregory McMichael and his son Travis confronted Arbery while he was on a run about two miles from his home. During the confrontation, Travis McMichael shot the 25-year-old, according to authorities.

“What the world is seeing today is what we’ve known along, which is that the murderers of Ahmaud Arbery should have been held accountable for his death immediately,” James Woodall, state president of the Georgia NAACP, said. “Now, there is even greater urgency for the two prosecutors who failed to do their job in this case to also be held accountable.”