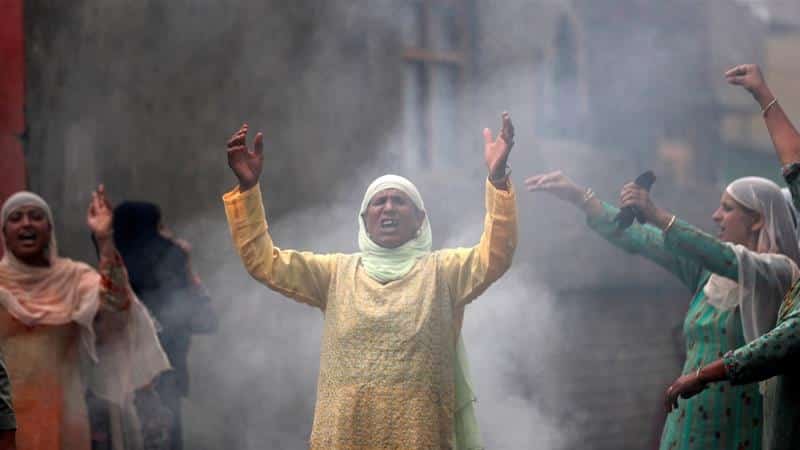 That India is ruled by a fascist clique is not in doubt. Further, that it wants to fully absorb the state of Jammu and Kashmir (J&K) in complete violation of international law and its own pledges at the United Nations Security Council, is also not in doubt. Delhi’s illegal act, however, seems not to bother the rest of the world. This is evident from the lack of reaction to India’s blatant act of colonialism on steroids.

India’s latest move involves the May 18 J&K ‘Grant of Domicile Certificate (Procedure) Rules 2020’ which diminishes the indigenous people’s rights to access public employment opportunities. This is significant both economically and symbolically. The move has been opposed by all segments of the Kashmiri society including political parties that are known to be pro-India.

Two days after announcing the ‘rules’, the Indian colonial regime made the domicile certificate a condition for access to education in Indian occupied J&K. These changes are in direct violation of international humanitarian law as well as the Instrument of Accession and the now-abrogated J&K Constitution and Indian Constitutional provisions relating to J&K.

The Indigenous people of Indian Occupied J&K no longer automatically qualify for public employment or education opportunities in the state whose status is internationally recognized as disputed. Since the state is the largest employer, especially of people with higher education, they have been deprived of such opportunity at a stroke.

Indigenous people of Indian occupied J&K, or holders of the previous “state subject” or “permanent resident” status, are not automatically grandfathered under the new domicile rules that will be enforced by low level Indian bureaucrats. Indigenous Kashmiris whose families have resided in Kashmir for centuries must apply for domicile status like any non-local resident of India. Given the virulent ideology of Hindutva rampaging through India, Indigenous Kashmiris’ applications are subject to rejection. It is believed that many of them do not possess the certificate required to obtain the new domicile status (which may never have been issued, or lost, or destroyed in natural disasters like the 2014 floods, or destroyed in acts of state violence or collective punishment. Historically, such certificates have been extremely difficult to obtain and may now be practically impossible to get as far as Indigenous Kashmiris are concerned.

The new domicile status is available to any Indian (subject to certain nominal qualifying criteria) and their children (in some cases, even if they have never resided in J&K). There is a special qualification category for the children of Indian government officials and military personnel who have served in Indian occupied J&K for ten years. It means, families of officials most directly responsible for gross human rights violations and acts constituting war crimes and crimes against humanity committed in Indian occupied J&K can now reside in Kashmir right next to their victims. Documents required for non-locals to get domicile status are easily available.

Adding insult to injury, the new domicile status is not available to any “state subjects” or “permanent residents” of Kashmir or their progeny who are not Indian citizens. All refugees or exiles from Indian occupied J&K including those in Azad J&K (Pakistani side), who are predominantly if not entirely Muslims from Indian occupied J&K, are not eligible. Hindu refugees from “West Pakistan” are granted domicile rights. All diaspora Kashmiris and their children who are not Indian citizens are also ineligible.

Local authorities have strong incentive to not resist a mandate from Indian officials to grant domicile status to Indian citizens. Failure to comply would result in a fine of Rs 50,000, a major portion of their monthly salary. With such coercive tactics, few local officials would be able to resist the pressure from Indian bureaucrats that are hell-bent on changing the demographic composition of J&K as soon as possible.

India’s colonial settler enterprise in J&K is proceeding along the same lines as the Zionist land grab in Occupied Palestine. While there has been some criticism, albeit mild, of the Zionists’ land grab, there is deafening silence about India’s naked colonialism in Jammu and Kashmir.

If the Kashmiris resist such gangsterism by rising and fighting against it, the world will then accuse them of being “terrorists”. What should they do to protect their rights: natural, historical and human rights?