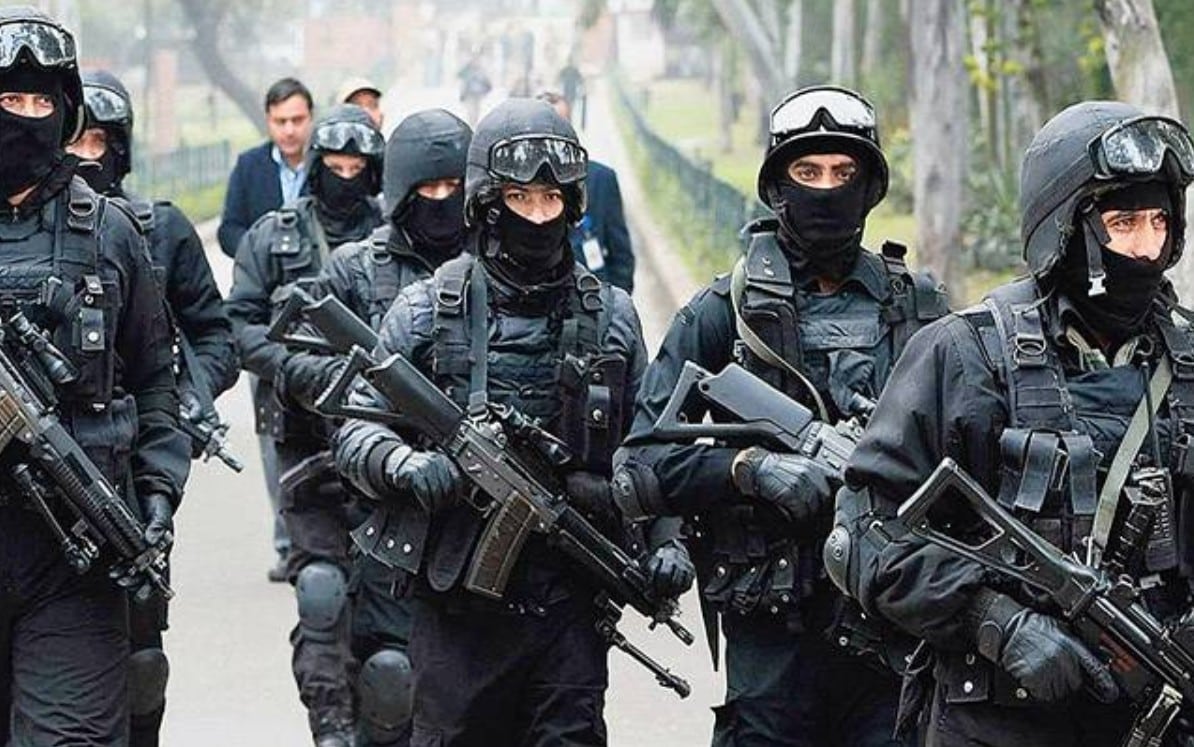 Pakistan’s civil and military leaders are repeatedly pointing out that India is planning another false flag operation against Pakistan in order to divert attention from its internal issues and failure of external policy.

In this regard, Foreign Minister Shah Mahmood Qureshi said on June 23, this year: “India is hiding its face after facing humiliation defeat by China…the officials of Indian High Commission in Islamabad should be readied to leave the country if Pakistani diplomatic staff are expelled by New Delhi…Indian authorities leveled baseless allegations against the officials of Pakistan High Commission in New Delhi and the country was finding excuses to stage a false flag operation…the foreign ministry has categorically rejected the allegations levelled by the Indian Ministry of External Affairs and termed it as an attempt to divert attention from its state terrorism in occupied Jammu and Kashmir…The world is witnessing the Islamophobia in India besides observing the discriminatory actions against Muslims and minorities.

BJP had grabbed electoral victory by propagating against Pakistan. The ruling political party in India had faced defeat in five states before staging a drama in the name of Pulwama attack…Organisation of Islamic Cooperation (OIC) Contact rejected the illegal moves of India in occupied Jammu and Kashmir, whereas, and the international community has also considered New Delhi as a risk to the regional peace…the Indian government will get the same response from Pakistan”.

It is notable that, on May 5, this year, drastic tensions arose between India and China, taking both the countries to the edge of war.

In response to India’s construction of roads and airstrips adjacent to the Line of Actual Control (LAC), which will improve connectivity and enable easier mobility for Indian troops in the area, thousands of Chinese People’s Liberation Army (PLA) troops moved into the regions along the eastern Ladakh border, setting up tents and stationing vehicles and heavy machinery.

Reports confirmed that the Indian army has moved several battalions from an infantry division usually based in the Ladakh city of Leh to “operational alert areas” along the border.

In this respect, Chinese official newspaper Global Times wrote: “The latest border friction was a planned move by New Delhi…India in recent days has illegally constructed defence facilities across the border into Chinese territory in the Galwan Valley region, leaving Chinese border defence troops no other options but making necessary moves in response, and mounting the risk of escalating standoffs and conflicts between the two sides.”

In this connection, a storm sparked in India by the contradictory statement, issued by the Prime Minister’s Office (PMO) on JUNE 19, 2020 that nobody had intruded across the Indian frontier in eastern Ladakh continued to swirl on June 20, with a clarification issued by his office leading to more questioning by the Opposition—at the meeting Modi had said: “Neither has anyone intruded into our frontier, nor is anyone present there, nor are any of our posts under someone else’s occupation.”

The Congress said that the government has failed in clarifying, if Chinese troops were present on Indian territories.

India and China held military-level talks on June 6, 2020 to resolve the current border issue in eastern Ladakh peacefully. But, a Colonel-rank officer and 20 soldiers of the Indian Army were killed and almost 76 injured in a violent face-off with Chinese troops in the Galwan Valley area of Ladakh on June 15, this year. More than 90 Indian soldiers are missing. India also concealed this news and afterwards admitted when Beijing disclosed the incident.

In this context, on June 19, 2020, Chinese foreign ministry spokesperson Zhao Lijian released a statement that gave Beijing’s “step by step” version of the events which led to the Galwan valley scuffle. Besides Indian casualties in the physical hand-to-hand fight with Chinese troops on June 8, the statement added: “China Won’t allow any unilateral change of Line of Actual Control…India is violating the understanding reached on June 6…India had even demolished its facilities, but they again returned on June 15 leading to the clash”.

For face-saving, New Delhi also contacted Russia to play its mediatory role to settle the India-China border tensions. In this respect, a trilateral meeting was held among the foreign ministers of India, China and Russia on June 23, 2020 through video conference due to the COVID-19 pandemic.

In a press release, Chinese foreign ministry stated that the Chinese Foreign Minister Wang Yi stressed that “China, Russia and India, as large countries that adhere to strategic autonomy, should grasp the overall cooperative situation of the three countries…starting from the common interests of helping the three countries to develop and revitalise and safeguard world peace, correctly treat and properly handle the sensitive factors existing in bilateral relations and safeguard the overall situation of mutual relations”.

Speaking to the media, the Russian Foreign Minister Sergei Lavrov ruled out the possibility of Moscow acting as a mediator between India and China by elaborating: “I see no reason that Russia or anyone else would be imposing their services on India and China in order to solve their own problems…They can solve them on their own”.

In fact, as part of anti-Pakistan and anti-Muslim policies, PM Modi, the ruling party BJP-led, RSS and VHP are acting upon the ideology of Hindutva ((Hindu Nationalism). Their various malicious moves such as abrogation of the special status of the Jummu and Kashmir to turn Muslim majority into minority, continued lockdown in the Indian Occupied Kashmir (IOK), martyrdom of thousands of the Kashmiris there, introduction of new domicile law against the majority of Kashmiris to completely end any sort of dialogue with Islamabad to settle the Kashmir issue, persecution of religious minorities especially Muslims, anti-Muslim laws-CAA/NRC, assaults on Muslims by the fanatic Hindus, blaming Indian Muslims and Pakistan for spreading coronavirus etc., and intermittent shelling inside Pakistani side of Kashmir in relation to the Line of Control (LoC) are notable.

It is mentionable that implementing the August 5 announcement of 2019, Indian central government had issued a map on October 31, 2019. In accordance with it, Jammu and Kashmir was bifurcated into two union territories—Jammu and Kashmir and Ladakh and identifies Pakistani side of Azad Kashmir as well as certain areas of Gilgit-Baltistan as an Indian territory.

Both Islamabad and Beijing had rejected this political map regarding the disputed territories.

Besides, India has escalated tensions with Islamabad particularly in the aftermath of the false flag terror attack at Puwama-IOK. In this respect, on February 27, last year, in response to the Indian so-called pre-emptive air strike near the town of Balakot, close to the border with Pakistan’s sector of Kashmir, Pakistan Air Force (PAF) shot down two Indian Air Force (IAF) fighter jets and launched aerial strikes at six targets in the IOK.

Reacting to Amit Shah’s statement, Foreign Minister Shah Mahmood Qureshi stated: “Let me make it clear to Amit Shah that if India made the mistake, we will give a befitting response…Amit Shah should tell…Why does India not launch a surgical strike on Laddakh?…India has reached the extreme in committing atrocities in Kashmir…India wants to sabotage the Afghan peace process…New Delhi is threatening Pakistan to divert attention from its internal situation”.

Earlier, during an interview with a renowned TV channel on June 3, 2020, the Director General of Inter-Services Public Relations (ISPR) Maj-General Babar stated, “Chief of Army Staff General Qamar Javed Bajwa warned India…[saying] We will respond any aggression with full might…Prime Minister Imran Khan and Chief of Army have said that India was planning false flag operation…Pulwama-II…India faced great humiliation in the recent military standoff with China…faced embarrassment in map issues with Nepal as well…India is facing many internal challenges especially after the emergence of coronavirus…many issues have emerged in India after the August 5, 2019 move, which revoked the special status of Indian Occupied Jammu and Kashmir…There is an emergence of Islamophobia in India. Now they [India] think the best way is to divert the attention towards Pakistan…The situation on the LoC…1229 ceasefire violations by India have been committed since start of this year…while their quadcopters have also violated airspace [of Pakistan] on different occasions”.

However, in order to divert attention from internal crises, New Delhi can arrange another Pulwama-like false flag terror attack in the Indian Held Kashmir to justify military adventure against Pakistan.

It is of particular attention that India’s preplanned drama has been proved even by Indian media on January 12, this year. In this regard, Indian media disclosed that “Deputy Superintendent (DSP) Davinder Singh was caught along with two militants, Jammu Kashmir Police (JKP) on Sunday [January 12, 2020]…Davinder Singh was alleged to have been ferrying the militants from the Shopian area of the Valley. Five grenades and three AK-47 rifles were also recovered from the cop’s residence…DSP was under surveillance for the past two months over suspicious activities”.

But, Indian intelligence and investigating agencies were hiding the reality about Davinder Singh and other two militants, which indicated that India may be setting a stage for new drama to associate the Police Officer with Pakistan’s intelligence agencies. Hence, a New Delhi court on June 19, this year granted bail to suspended DSP Davinder Singh.

Nevertheless, Pakistan’s civil and military leadership has repeatedly informed the international community about India’s another Pulwama-type false flag operation-Pulwama-II to involve Islamabad and to conduct another military adventure in the Pakistani side of Kashmir. And Pakistan’s response will result into a conventional war between the two countries, which may culminate into nuclear war, enveloping the entire region. Same is the case between India and China in Ladakh, as the border issue has not still been resolved.