by Henry Kamens, …with New Eastern Outlook, Moscow, …and the Institute of Oriental Studies of the Russian Academy of Sciences, a research institution for the study of the countries and cultures of Asia and North Africa.

[ Editor’s Note: Henry gives us a current look at capitalism vs socialism. There are many who feel both had advantages at one time, but not consistently.

He focuses on the trap that people of many countries find themselves in, when international supply chains break down, especially for food. Henry has always had an artistic flair, so he dug into his archives for Tom Stoppard’s play, Rock ‘N’ Roll, as a canvas for this introspective piece.

And he is not getting ahead of himself by presenting possible solutions, but suggesting that we all need to put our thinking caps on concerning ‘adjustments’ to our economic system, as there is much lead time in turning a massive ship of state.

One of his bullet lines below is, “The only way to survive is to remain self-sustainable.” And if you think that is hype, go ask the Iranians …Jim W. Dean ] 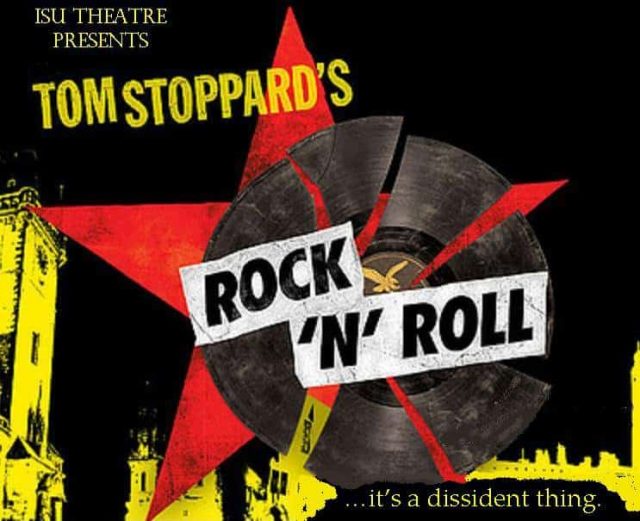 I recently discovered Rock ‘n Roll – a relatively unknown stage play from 2006 by Tom Stoppard, an intellectual playwright. Set in the period between 1968-1990, it addresses the struggle with communism waged by students in Eastern Europe.

The play tells the story of brutal censorship in Stoppard’s native Czechoslovakia, where young people are fighting for the right to listen to the music of their choice, “Rock ‘n Roll”, against the wishes of the dictatorship, and of a pro-Marxist professor in England, who, in 1990, comes to understand that he has wasted his life believing and teaching a flawed doctrine.

With the music of The Rolling Stones as a backdrop, the play had a limited Broadway run in 2006-2007. A new production of the play, performed by a theatre group in Cedar Rapids, has now been videoed. In this, the cast and director Leslie Charipar describe their take on the play and the lessons learned from it.

The play itself is not my theme, but how both times and our expectations change. Once many people were in the same position, as those students struggling against communism, and are only now coming to that realisation. Now, much of the world is getting to understand that the forms of democracy and economics that they have known, real or perceived, are in a state of flux.

Economic and political systems long assumed to be the best available, have not delivered as promised. This is proving especially true in the agricultural sector in the age of globalization. We may not want to go back to collective farms, but the alternatives are simply a road to nowhere for many – which is why rural Bulgaria still solidly supports the successors to the Communists, fearful of what they have seen of “economic reforms.”

Some in the East claim they still remember what it means to lose freedom. But in the communist era, people looked outward for freedom, to the so-called West. Where can they look now?

Many in the East, and in developing countries also remember hunger and food shortages. As such, they can see more clearly than Americans what is happening there at this time. They are no longer seduced by the American Dream, of the stories of rags to riches and of capitalism being the cure for everything. They see Americans discovering an East European reality they never used to know.

As the poet Patrick Kavanagh once described it, “poverty has nothing to do with eating your fill today, it is anxiety about what is going to happen next week.” The old arguments about incentives may still convince Americans, but not those who dreamed of their own Utopia for seventy years, only to see it never existed when they were awake.

Like former Soviet citizens, people are becoming aware that the freedom and security they have always taken for granted, because the system was supposed to guarantee it, is but fleeting. One just needs to wake up and look around, and ask, “Am I better off now than my parents’ generation was? What can I do should I lose my job or business? What contribution can I make in a world with a fragile supply chain?”

Many could argue that capitalism and globalization are models too flawed to survive, and are in their last days. This has been predicted many times before, often by socialists of some description, but the present situation has given new meaning to these claims – capitalism and globalization have not protected us, so it is not impossible that other systems could have done, and may in future.

Maybe we need to go back to a world of individual nations, where countries with an economy based on cooperation, rather than a common model, thrive. This would mean countries conducting one-on-one dealings, voiding such institutions as WTO, as they have left few able to participate meaningfully in developing a world that suits them, rather than joining the best options available.

For example, the Poles don’t need to be importing apples from Argentina, they have a surplus of them, and many of their own apples are left to rot on the tree. Polish farmers are not able to survive by growing apples retailing at .0.20 groszy/ per kilo, while American apples go for 1 dollar per kilo.

Countries must be able to at least feed and clothe their citizens and provide for their basic needs without having to depend on others. You can call this isolationism if you don’t like it, or self-sufficiency if you do. I prefer to call it both, as the semantic distinction does not matter. It is a matter of survival, and as the adage goes, “don’t put all your eggs in one basket.”

One crop spreads, and corporate agriculture, requiring large processing plants dependent on massive and concentrated labour forces, are proving failed models. They are too vulnerable to pandemics, sanctions, and labour disputes, especially when political winds are constantly shifting between states and countries.

Russian agriculture thrived under Western sanctions, giving its people more food independence and security. Farms and other suppliers flourish when consumers turn to home-grown products due to factors such as the spoiled relations over Ukraine. A country the size of Russia should never have become a net food importer.

The Suicide Economy of Corporate Globalization

American companies provide seeds to farmers across the globe. But if you want to use your own seeds from your own production to generate further production this is forbidden, and if you try anyway, you find many of those you were provided with are hybrids, and cannot be saved as they will not grow in the next generation.

Commercial seeds are now patented and must be bought by poor peasants every planting season.

What was once a free resource, available on-farm, has become a commodity that farmers are forced to buy every year, increasing both their poverty as well as their indebtedness. As debts increase and farmers cannot pay them, some turn to selling their kidneys, or even committing suicide.

And just because something is imported does not mean it is better. It can be better to pay a bit more for locally produced products. That is, if you can identify them.

In Poland, the whole concept of buying locally is misleading, as most food product companies which were once Polish are no longer owned by Poles. People think they are local companies because the original name has been maintained, but more often than not they are owned by foreign corporate bodies with foreign ownership.

Is it too radical to claim that every country should be food sufficient, at least for the essential products? Not only in terms of production but supply chains. Yet in many countries there is no local production, bar some tiny small producers, and these businesses are often closed down by others or have very limited markets. Even then they cannot compete on a level playing field, as they are disadvantaged cost and expense-wise, and also by regulations which favour the larger producer, or the most venal exploiter of letters of law.

Supermarkets can provide potatoes all year round by sourcing them from different parts of the world, from Morocco to Spain. It is shocking to find potatoes from France in the very north of Norway, or in Lapland. When this system works well, according to the principles of competitive advantage, everybody benefits from trade. But when it does not, we do not need to imagine the short and long term consequences, because our great grandparents lived through them, and hoped no one ever would again.

Farmers are mostly cheated out of receiving a real price for their goods, although a free market is supposed to ensure that they do. Everything is manipulated by the same people who preach “market forces,” and there are many horror stories of the human cost of such vertically integrated operations and business models.

Scaling Down Economies of Scale

Small countries should learn from the experience of others, especially in difficult times. The country of Georgia was once a food exporter, even for tobacco, but now imports both. And, with EU regulations and standards being introduced local products have a difficult time competing either at home or internationally, although this is supposed to be one of the benefits of reciprocal trade.

The only way to survive is to remain self-sustainable. Now there is a problem with imported frozen pork products, as frozen meat sales have drastically decreased in Georgia. Commercial outlets say that the closure of hotels, cafes, and restaurants has caused a drastic drop in sales, as they were the main segment of frozen meat consumers. Consequently, they cannot run a local supply chain, and the smaller amounts which are sold have to be imported.

It is good in some ways that the local currency, the GEL, has fallen against the EURO and USD, as this will make food imports more expensive. Locals are not able to easily afford imported products due to currency fluctuations and increased poverty. They will have to eat more local products, or grow their own—in their backyards and village plots.

But none of this is what we were all promised when we thought capitalism was the best alternative. People brought up under other systems turned against those because they didn’t work either, even when they were as intellectually convincing as Marxism.