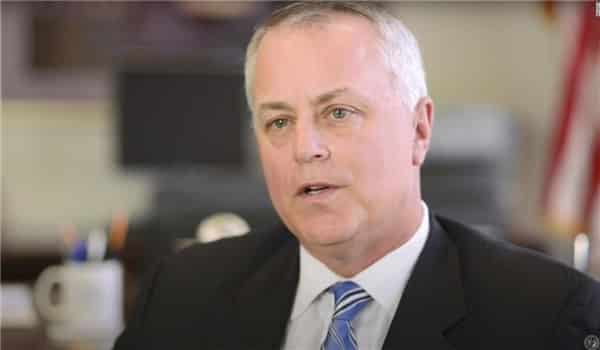 TEHRAN (FNA)- Donald Trump’s nominee for a top position at the Pentagon accused former CIA director John Brennan of trying to overthrow the US president and even have him assassinated.

Retired army general, Anthony Tata, nominated to become the undersecretary of defense for policy at the Department of Defense, keeps spreading conspiracy theories in several media appearances that some of the Trump administration officials were trying to oust the president, CNN found.

On one occasion, Tata said Brennan sent a coded tweet to order the assassination of Trump in 2018.

In a 2016 podcast, he called Brennan as a “former communist” who is “a threat to this nation”.

In another appearance, he stated that Bannon “supports the overthrow of this particular president and he needed to have his access to information revoked”.

Those remarks were made after Trump revoked Brennan’s security clearance in August 2018.

“It would not surprise me if eventually it came out that he was somehow allied with some foreign power because what he’s doing is fomenting the division,” Tata said about Brennan in another broadcast in 2018.

The retired general has also claimed that a “deep state cabal” of officials would rather see Trump fail than succeed in office.

Tata also accused former President Barack Obama and first lady Michelle Obama of engaging in “borderline treasonous” behavior, during the transition period, by expressing their dismay over a Trump presidency.

He called Obama a “Muslim” and “a terrorist leader”.

If confirmed by the Senate, the retired general would become the third highest official in the Pentagon, who would closely advise the secretary of defense on national security.

His nomination to the post, however, faces jeopardy over making Islamophobic and inflammatory remarks against prominent Democratic politicians.

Tata reportedly sent a letter, seen by CNN, to the top members of the senate, and apologized for his Islamophobic remarks, in the wake of his nomination.

“I deeply regret comments I made on social media several years ago” and that “my tweets were completely out of character”, read the letter.

Tata currently works as a senior adviser in the Pentagon, and previously served for 28 years in the Army before retiring in 2009.

According to an army investigation, the retired general committed adultery — a crime under military law — and falsified a legal document. The army, however, declined to penalize him.