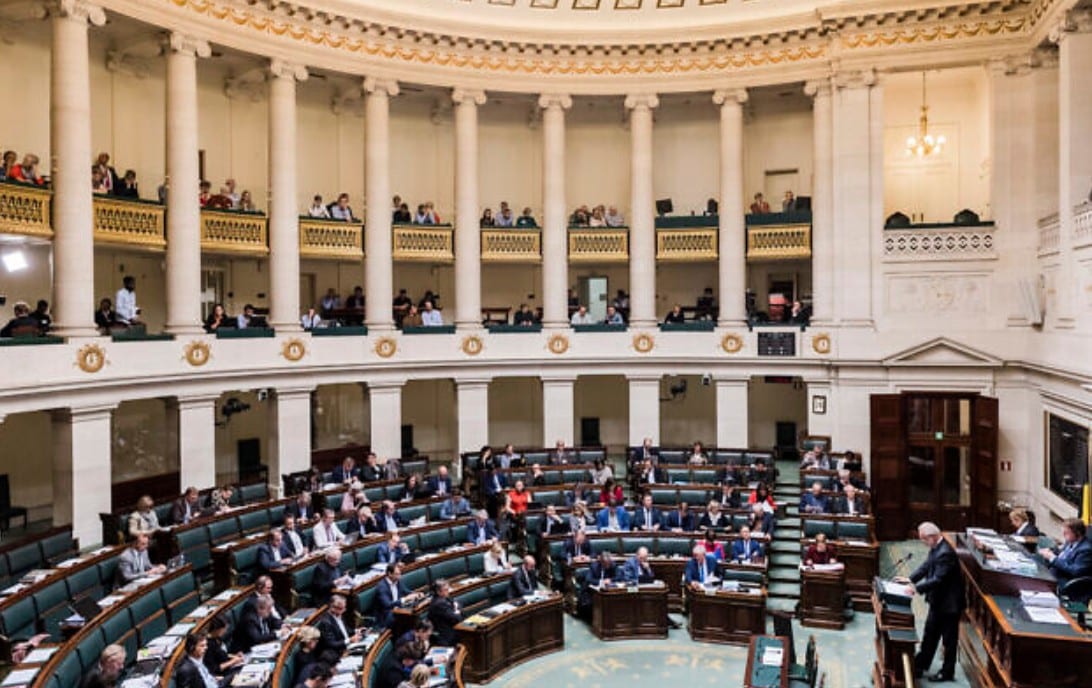 Times of Israel:The Belgian parliament on Friday morning passed with an overwhelming majority a resolution urging the government to act to prevent Israel from unilaterally annexing parts of the West Bank and to actively advocate for European-wide punitive measures against Jerusalem if it proceeds with its controversial plan.

The Chamber of Representatives in Brussels was originally also scheduled to discuss and vote on a motion calling for the recognition of a Palestinian state, but this was postponed due to last-minutes amendments.

The resolution “concerning Israel’s annexation of occupied territories in Palestine,” proposed by three politicians from the Greens, passed with 101 ‘yes’ votes and 39 abstentions. No one voted against.

The motion urges the government of Prime Minister Sophie Wilmès “to take the initiative with third countries, at European and multilateral levels, to prevent the annexation [by] Israel of the Palestinian territories, or parts of them.”

The resolution further calls on Brussels to play a leading role in formulating a “list of efficient counter-measures geared at responding in a proportional manner to any Israeli annexation of occupied Palestinian territory.”

The European Union and many of its member states vehemently oppose Israel’s declared goal to annex up to 30 percent of the West Bank as early as July 1, but have not yet formulated any punitive measures against Jerusalem if it were to implement its plan. The EU requires consensus among all 27 member states to apply significant sanctions on Israel, but some countries such as Hungary and Austria are widely expected to veto any harsh measures against the Jewish state.

If no consensus can be reached, Belgium should “play an active role in setting up a coalition of like-minded member states to explore possible reactions” to an Israeli annexation, the Belgian lawmakers urged their government.

The resolution is not legally binding, but it is considered important, especially because Wilmès since March heads a caretaker minority government that is supposed to focus exclusively on Belgium’s fight against the coronavirus pandemic and its economic fallout.

Given this background, analysts estimate that parliamentary resolutions passed with large majorities are more likely to be adopted by the government than otherwise.

Israel’s Ambassador to Belgium Emmanuel Nahshon told The Times of Israel on Friday that, “Instead of applying undue pressure on Israel, Belgium should encourage the Palestinians to cease with their persistent refusal and return to negotiations.”

In its preamble, the bill twice referred to former Israeli officials having warned against Israel becoming an apartheid state in case of annexation.

A senior White House official said Thursday that the Trump administration has not made a final decision in a round of talks about whether to back Israel’s annexation plans. Jerusalem is highly unlikely to move forward without American approval.

On Wednesday, the parliament’s foreign affairs committee will again debate the second resolution on Brussels’ recognition of a Palestinian state. It will come back for a plenary vote in two weeks.

Back in February 2015, the Belgian parliament passed a resolution urging the government to seek a majority within the European Union for a recognition of a Palestinian state. But the new resolution was much more direct in its demand for immediate recognition.

It calls for the “formal recognition of the State of Palestine next to the State of Israel” and urges the government to consider this act “Belgium’s contribution to the solution, based on the coexistence of two democratic and independent states that have the right to live in peace and security, with mutually recognized and respected borders.”

The motion further calls on Brussels to advocate for similar recognition by other European states.