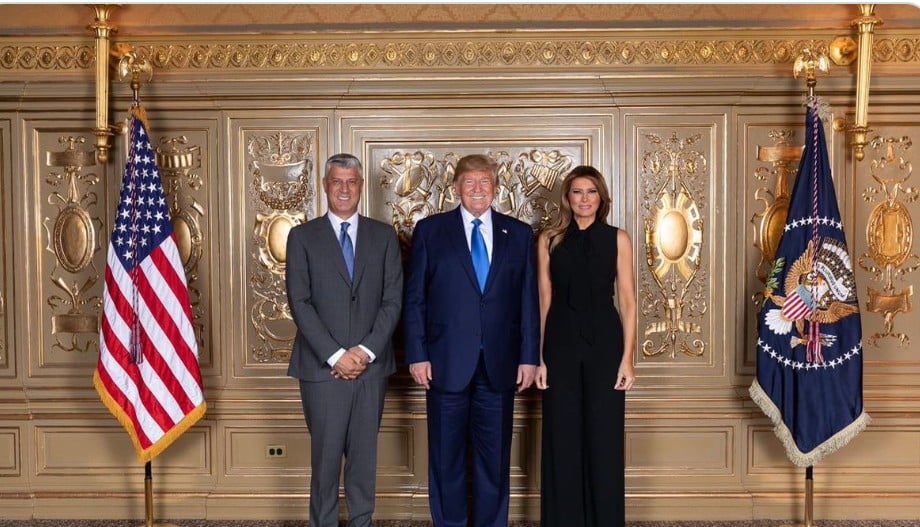 RT/Moscow: Of the many criticisms I’ve made over the years of international tribunals, the most painful is surely the human cost of the terrible slowness with which they operate.

I’ve often quoted the case of the commander-in-chief of the Rwandan gendarmerie during the genocide of 1994, Augustin Ndindiliyimana, who was arrested in 2000 but acquitted of all charges in 2014. That meant an innocent man spent 14 years of his life in prison – time that he’ll never get back.

Unfortunately, there are many examples of trials at international tribunals that drag on for so long that they violate the right to the ‘prompt’ appearance before a judge and to a trial ‘within a reasonable time’ outlined as basic rights in the International Covenant on Civil and Political Rights of 1966.

ALSO ON RT.COMFreudian slip? NYT tweet on Serbia-Kosovo meeting falsely says it was Serb leader who was indicted for war crimes

A sad illustration of this general truth came on June 24, when it was announced that an obscure international court had indicted the serving president of Kosovo, Hashim Thaci, for murder and war crimes committed in 1998–1999, when he was commander-in-chief of the Kosovo Liberation Army (KLA).

As someone who strongly and vocally opposed the NATO attack on Yugoslavia in 1999, which was justified in the name of ‘human rights,’ and as one of the last Western journalists to have met and interviewed the former Yugoslav president, Slobodan Milosevic, in his cell in The Hague, before writing a book about his trial after he died in custody, it could be expected that I would welcome this announcement.

During and after the bombing of Yugoslavia, I drew attention to NATO’s war propaganda, which wildly exaggerated and misrepresented atrocities committed by Serb forces against Albanians in Kosovo. I also drew attention to atrocities committed by the KLA, which NATO propaganda never mentioned. In December 1999, for instance, I wrote that the KLA was “a brutal drugs-running terrorist force which is even now carrying out ethnic cleansing by attacking and killing Serbs, Gypsies, Jews, Muslims and ‘disloyal’ Albanians.”

Mine was a nearly lone voice crying in the wilderness. In June 1999, Kosovo was occupied by NATO forces, after Yugoslavia was bombed into submission, and the KLA commanders, whom the USA and other Western countries had armed to fight the Serbs, became the new political leaders of the province.

Thaci had been wooed by State Department officials such as James Rubin, the then spokesman, who, after June 1999, swaggered around Pristina with him, wearing the same gangster uniform of black leather jacket, T-shirt and sunglasses. He later wowed Washington – a famous picture shows the dashing and tall Thaci kissing the then Secretary of State, Madeleine Albright. He was also photographed fraternizing with the British commander of NATO forces, General Sir Mike Jackson, the French foreign minister Bernard Kouchner, and the American supreme commander of NATO, Wesley Clark.

Less than ten years later, when, in 2008, again with Western support, Kosovo proclaimed its independence from Serbia – an independence recognized by all but five EU states and, of course, by the USA – Hashim Thaci became prime minister and then president. He has been in power since then.

It was not until 2011 that a report by the Council of Europe detailed some of the more gruesome allegations against Thaci and his gang. The worst was that Serbs had been murdered for their vital organs, which were harvested from the corpses to be sold.

This report led to the creation of a small special tribunal in The Hague, which has now issued the indictment against Thaci. Unfortunately, the indictment is not yet public, so we have to guess what crimes are in it, but the court’s press statement speaks of “nearly 100 murders.”

The immediate effect of this announcement has been that Hashim Thaci has withdrawn from a meeting at the White House, where he was due to discuss a land swap with the Serbian president, Aleksandar Vucic. The Trump administration had been very keen to broker a deal between the two countries, and this has now suffered a major setback. It is a textbook case of how, far from promoting peace, the obsessive search for ‘justice’ can often be an obstacle to it.

ALSO ON RT.COMKosovo ‘president’ cancels US trip after war crimes indictment but Trump-sponsored talks still onPersonally, I believe Thaci is guilty, and that Serbia has been the victim of a terrible injustice. But a prosecution now, even if successful, will not undo the catastrophic physical, economic and political damage done by NATO’s crazed bombing of that small country back in 1999, any more than the acquittal of Ndindiliyimana gave him back the lost years of his life.

Indeed, to ‘rectify’ that injustice now, 20 years after the events, is not justice but instead – to quote the title of my book on the Milosevic trial – a travesty.  It would be like glossing over the original injustice and pretending it had been absolved. Serbia has lost 20 years, like an innocent man sent to prison.

Justice is the award to each person of his due. It requires the power of the state to be administered: criminals must be punished by force. International justice is the same: it can exist only if force is used to apply it.

But as Prince Metternich’s secretary at the 1814 Congress of Vienna, Friedrich von Gentz, wrote, “It is impossible to accept that a state can voluntarily submit to a sentence by a superior court. Just as within a state violence often has to be applied to execute law, so in conflicts between peoples it would be necessary to implement judicial decisions by punitive measures. But a punitive measure against a state is nothing other than war.”

ALSO ON RT.COMUK out, Albania in: Is EU ‘compensating’ for Brexit by expanding into the Balkans or countering an imaginary ‘Russian threat’?

So, just as NATO sought to punish Serbia by force, thereby, in fact, committing a gross injustice, so Thaci’s conviction could occur only if the court wielded police or military power in Kosovo. Thaci and his supporters will resist any attempt to arrest him, so the issue, like all such ultimate political questions, can only be settled by violence.

The violence might perhaps be justified if the cause is just. But violence is the opposite of peace. ‘International justice’ is a chimera that excites people’s passions, encourages them to commit violence or wage war, and that should be abandoned.