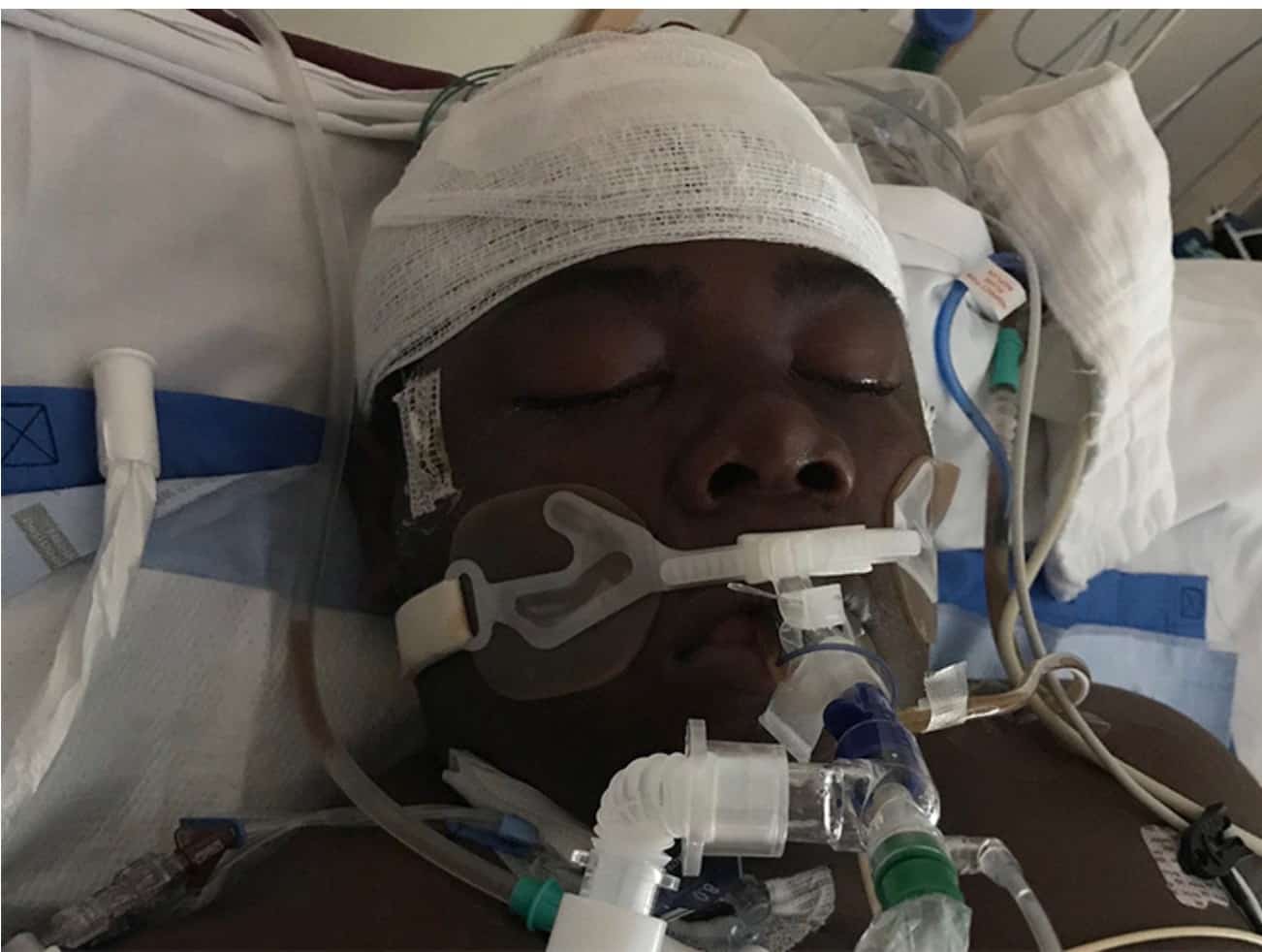 On April 29, 2020, a 16-year-old African American boy was involved in what institutional staff decided was a dangerous confrontation at a ‘for profit’ child prison run by a politically connected healthcare firm.

The child threw a piece of bread and was crushed to the ground, pleading for air, until his breathing stopped, and he went into cardiac arrest in a full George Floyd moment, one behind locked doors.

About the same time, four African Americans were found hanging in trees, all ruled suicides by police.

There is a tie in here, which we will be developing but first we will look at this Michigan case and gain perspective on a trend in not just racist abuse but in the wider area of child abuse, child imprisonment and human rights violations that are now a part of American society at every level.

“A Michigan Department of Health and Human Services investigation found that a teen in the care of Lakeside for Children died after staff members restrained him by putting their weight on his chest and abdomen.

Sixteen-year-old Cornelius Frederick, a ward of Michigan, died on May 1 at a local hospital, following an April 29 encounter with staff members at Lakeside For Children after he threw a sandwich. In response, several staff members approached the teenager and restrained him, Capt. Craig Habel of the Kalamazoo Department of Public Safety confirmed to MLive.com. Habel said when staff realized the teen was unresponsive, they called for emergency responders who arrived and discovered he was in cardiac arrest.

According to the executive summary released by MDHHS, “multiple staff participated in this restraint and several were observed on the video with their weight on [Frederick’s] chest, abdomen and legs, making this an unsafe and excessive restraint.” The summary also says the restraint was not part of the treatment plan for the teen, that the staff members reacted “significantly disproportionate” to his behavior and that no one else among other staff, nurses or supervisors stepped in to stop or correct the restraint.

The MDHHS investigation determined 10 violations connected to the facility, including that the staff present waited “approximately 12 minutes” after Frederick was removed from the restraint to call 911, despite policies instructing that emergency responders be called immediately. Additionally, no one administered first aid to the teenager.

The failure to call for paramedics was despite Frederick being “limp and unresponsive,” and concerns over his “coloring and pulse,” the summary said. The nurse in charge who failed to act was fired from her job, the summary said.”

We have seen this before with George Floyd and so many others but these weren’t police, these were “treatment specialists” at a “youth academy,” one of hundreds that warehouse uncounted numbers of American children who will become the next generation of American adults. Good luck with that.

Lakeside Academy in Kalamazoo Michigan is run by Sequel Youth Services, a company that runs dozens of prisons for children around the US as part of an industry that is never reported on, never investigated and that almost got away with murder, but not this time.

You see, three staff members at Lakeside Academy are facing charges in the killing of a child in their care.

The business of America, as much as anything else, is to lock Americans up and to pass laws criminalizing everything. Is this an oversimplification?

Nearly 40 percent of Americans have a criminal conviction of some kind and a vast number, no one knows for sure, are imprisoned or under some aspect of supervision and loss of rights beyond that of normal Americans who are watched all day every day and who enjoy fewer rights and freedoms with every election.

Since 9/11, Americans have increasingly been reclassified as “potential suspects” by not only militarized police but by an internal investigative capability fueled by runaway budgets for the NSA and Homeland Security and, worse still, by regimes that hand out bulk contracts for billions to fake companies set up overnight by political contributors.

Feeding this cycle, always, is the controlled press and a seemingly endless cycle of “incidents,” mass shootings and bombings, that are never really investigated, except, of course, by governmental organizations that have the most to gain by the continuation of these same tragic events.

With America pushing $30 trillion of debt, there isn’t any sector of society that is safe from being thrown into the grist mill of the police state for profit but the most sinister of all is the game being played against America’s children by the same type of people who profit from terrorism and war.

What isn’t known, what isn’t asked about, is the war on America’s children. How many children are “under restraint,” either heavily medicated, watched and “hospitalized” or are in a “corrections environment” for behavioral issues?

There is no one to notice, not with what is going on.

Monuments are toppled, stores looted, while the media, as usual, does everything to stir the pot. While the “bread and circuses” of street theatre keep John Q. Public both entertained and polarized, what goes on behind the scenes, does so with impunity. So, what does go on?

It is no secret that militarized police exist to, if that John Q. Public were asked, “keep down dissident and unreliable elements of the public.” The racket there, of course, is to create the conflict and then provide the cure, a cure that never cures but only inflames, a war on crime for profit that parallels the equally fake war on drugs for profit that has pushed tens of billions of dollars to politically aligned contracting firms.

The war on terror was much the same, the dollar figures however higher by a decimal point.

It is this environment that has produced the most shameful of all efforts, that of profiting on the breakdown of American society by incarcerating children en masse, locking them up, drugging them, “suiciding them” and, as has been the case over and over, trafficking them for sex as well, all done within an ever more bloated bureaucracy of fake social welfare.

We remind those who have forgotten of the Franklin Affair and the real story behind the scandal at the Presidio, at that time the headquarters of the US Army’s psychological warfare capability.

As early as the 1980s and before, children were being trafficked from day care facilities, from “youth homes,” the precursors of today’s “gulag archipelago” of “academy-prisons” to the child brothels of Washington DC or to the political elites of the US. In an attempt to end investigations into real abuses that have progressed to present day, those involved in this pattern of abusing institutionalized youth were, according to sources, responsible for creating the hoax known as “Pizzagate.”

While trafficking children isn’t new, it is the political mechanisms tied to these scandals of the Reagan and Bush 41 presidencies that gave license to what we may well be seeing in this one lone incident in Kalamazoo Michigan.

A child drugged by his captors can’t fight back, can never testify to abuse and, simply by existing, becomes a business asset for an industry that runs secret prisons for imaginary terror suspects. Here, however, no rendition flights are needed, no street kidnappings, simply friendly judges, useful and corrupt social workers and government officials and a disinterested public.

Will a single killing be taken as the isolated incident, which it obviously is not, or will something be done?