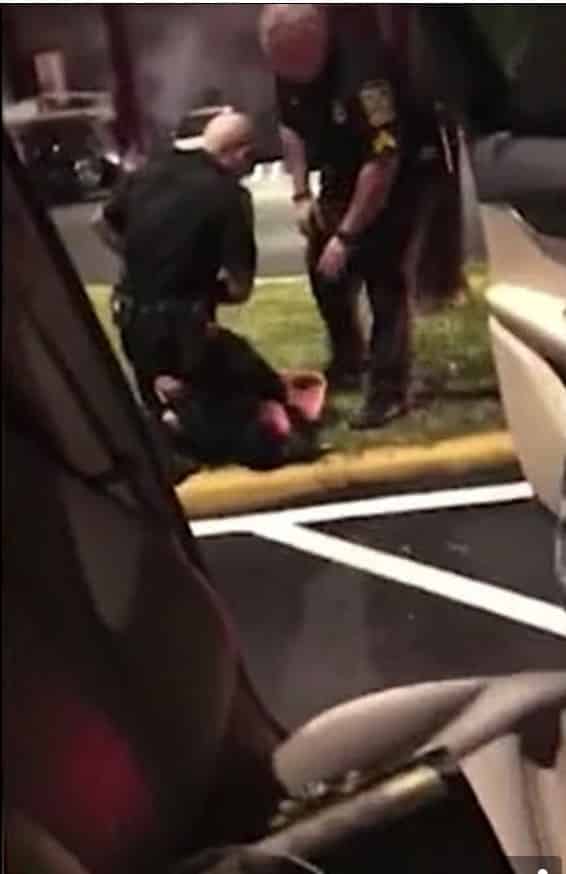 VT: As is always the case nowadays, the MSM leaves out key details which come out in Twitter.  Nothing can be trusted.  This was covered up for 5 months.  It was two cops and a murdered child, according to Florida law, this is a homicide and all involved are guilty of capital murder as should be the fake union that tries to cover it up…the enabler of such crimes..

Our take?  Police were acting as enforcers for the owner of a local strip club, local but also the largest and richest in Florida.

Jordy Yanes Martel, the fired Miami Gardens officer, faces 2 counts of official misconduct and four counts of battery. A woman’s cellphone video showed him pulling Safiya Satchell out of her car. The video also shows him placing his knee on her neck and shooting her with a taser. https://t.co/XvnnKFCH6F

Let’s start with some truth.  The were there to arrest Safiya Satchell at the requests of the owner of a North Miami strip club named Tootsies, a big operation that is very very good to local police, if you get my meaning.  Remind you of the George Floyd killing now? 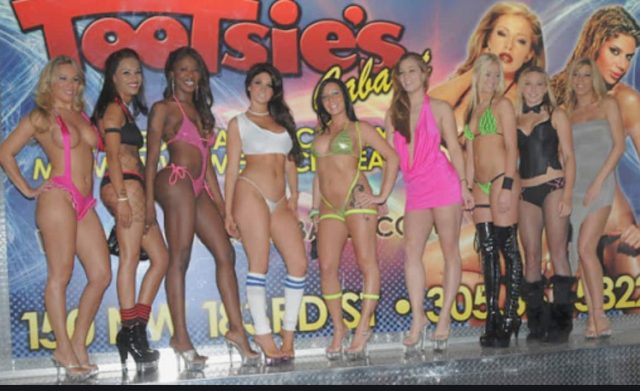 The police report states the woman was “unruly’ and needed to be removed but when police got there, she wasn’t in the building, she was in her car, a Mercedes SUV.  They attacked her anyway, after all, what a strip club owner wants, a strip club owner gets.

Photos below from the Netherlands, censored in the US as are most of the relevant facts.

Tootsies is know to be a pretty rough place, in 2013 New England Patriots Aaron Hernandez was involved in a “scuffle” that ended in Hernandez shooting someone in the eye with an illegal pistol.

This is from Tootsies Trip Advisor rating: 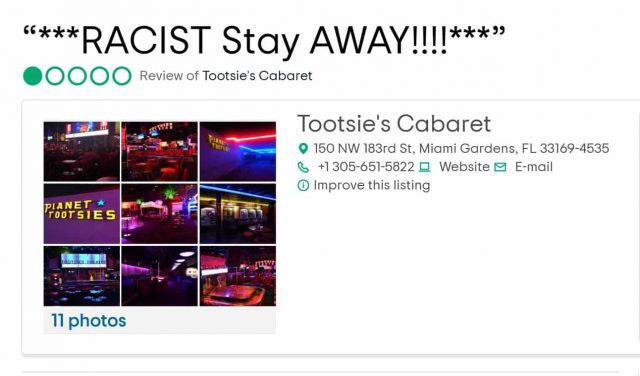 and now from the Blue Gang Benevolent Association… 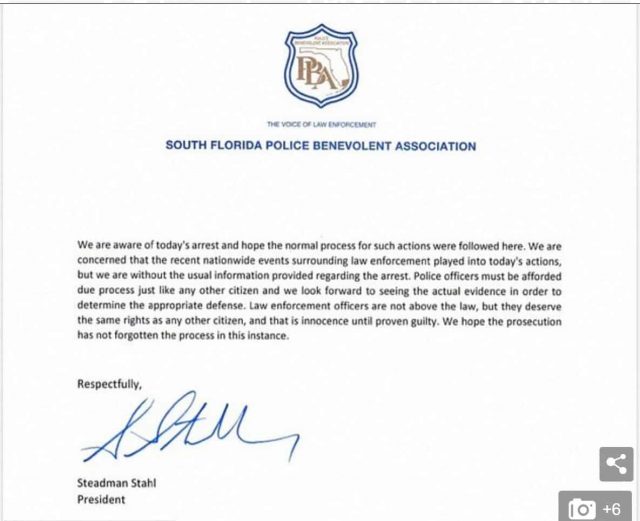 UK Daily Mail: The Florida Department of Law Enforcement says the woman was ‘forcibly removed from her vehicle’ by Martel, who later knelt on her neck and used a stun gun on her. The department didn’t say how long the officer allegedly knelt on the woman’s neck.

‘The victim suffered numerous cuts and bruises as well as abrasions on her stomach,’ the FDLE report said.

‘It is so important that allegations of excessive use of force in law enforcement are fully investigated, not only for the betterment of the community, but also for those law enforcement officers dedicated to public service and helping others,’ said FDLE Miami Special Agent in Charge Troy Walker.

Added Miami-Dade State Attorney Katherine Fernandez Rundle: ‘We cannot, and will not, tolerate such actions in this community, just as we will not tolerate the victimization of the truth in our search for justice.’

The FDLE said Martel was being held on $6,000 bond in a Miami jail.

Miami Herald: The arrest of Safiya Satchell might have gone down as another anonymous case — were it not for the bystander video that showed a Miami Gardens police officer reach into her SUV, drag her out, press his knee on her neck and stun her twice with a Taser.

The Miami gardens cop dragged Safiya Satchell out of her car, knelt on her neck and began using a taser on her.
She was pregnant and lost the child.

The cop got the sack.
The violence continues.#AbolishThePolice

(Major CW on that video) pic.twitter.com/AhotoAoHKw

This video, as have similar clips of police brutality across the country, is jarring and on Thursday spurred state authorities to arrest now-fired Officer Jordy Yanes Martel on charges of battery.

Hey all you pro life conservative, "#bluelivesmatter" idiots, what do you have to say about officer, Jordy Yanes Martel of the Miami Gardens Police tasering Safiya Satchell, who was a few weeks pregnant? The child didn't make it after this. #BLUELIVESMURDER#blacklivesmatter pic.twitter.com/gqlr4uFquf

He was also charged with official misconduct for filing two reports containing false details about his interaction outside a strip club with Satchell, 33, on Jan. 14. He had arrested her on charges of battery on a cop and resisting with violence — charges that have since been dismissed.

“If you’re an officer that has broken policy or acted under color of law with a belief that Black lives don’t matter, you ought to be looking over your shoulder because the chickens have finally come home to roost,” said her lawyer, Jonathan Jordan. “My client deserves to witness justice be served in this prosecution against this former officer where so many others in her position have not been as fortunate.”

The arrest also comes as protests against police brutality have unfolded across the nation following the death of George Floyd, who died after a Minneapolis cop pressed his knee on his neck for more than eight minutes. Martel, a police officer for less than two years, surrendered Thursday morning and was booked into the Turner Guilford Knight Correctional Center.  read more…

A Miami Gardens police officer dragged Safiya Satchell out of car, assaulted her, pressed his knee on her neck, and Tasered her. Then he lied about it.

This incident is another disturbing example of police violence against Black women. #SayHerName https://t.co/PzsEtDeSO6