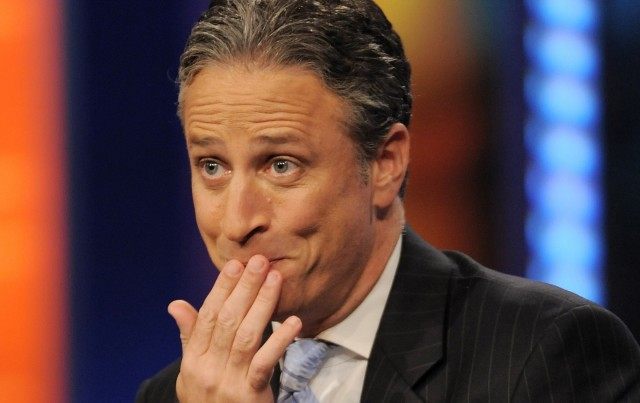 Let me make it very clear that it is completely stupid for Black Lives Matter protesters to destroy statues they think represent oppression or racism. And by doing that, BLM protesters and others are only deconstructing their own violent and chaotic project. The toppling of numerous statues both in England and America should shock any average person with an ounce of common sense.[1]

But Jon Stewart brought up an interesting point that the Republican Party, the war profiteers, and the military industrial complex have yet to answer: “People say, you’re erasing our history. When the Saddam Hussein statue fell in Baghdad, I don’t recall Republicans at the time going ‘Big mistake! You don’t want to erase your history! That’s your history!’”[2]

According to the Los Angeles Times, it was the US Marine that allowed the toppling of the Hussein statue in 2003:

“As the Iraqi regime was collapsing on April 9, 2003, Marines converged on Firdos Square in central Baghdad, site of an enormous statue of Saddam Hussein. It was a Marine colonel — not joyous Iraqi civilians, as was widely assumed from the TV images — who decided to topple the statue, the Army report said. And it was a quick-thinking Army psychological operations team that made it appear to be a spontaneous Iraqi undertaking.

“After the colonel — who was not named in the report — selected the statue as a ‘target of opportunity,’ the psychological team used loudspeakers to encourage Iraqi civilians to assist, according to an account by a unit member. But Marines had draped an American flag over the statue’s face.”[3]

The noted journalist, Robert Frisk, declared that the statue debacle was “the most staged photo opportunity since Iwo Jima.”[4] Not a single war profiteer opposed the toppling of this staged opportunity. Neocons shills like Victor Davis Hanson were too happy about the Iraq debacle itself. When things got screwed up in the region, Hanson turned around and said that the war was never about WMDs. As he risibly asserted then:

“Legally, the U.S. went to war against Saddam because he had done things such as committing genocide against the Kurds, Shiites, and the Marsh Arabs, and attacking four of his neighbors. He had tried to arrange the assassination of a former U.S. president, George H. W. Bush. He had paid bounties for suicide bombers on the West Bank and was harboring the worst of global terrorists. Saddam also offered refuge to at least one of the architects of the first World Trade Center bombing in 1993, and violated U.N.-authorized no-fly zones.”[5]

Nothing could be further from the truth. In fact, Hanson didn’t provide a piece of single evidence supporting his sweeping assertions. Interestingly enough, a number of scholarly studies have been written over the years showing that Hanson is either lying or misleading his readers.[6] He is just supporting the Neoconservative ideology, which we all know by now is a Jewish ideological movement.[7]

Moreover, no ideologue said a damn thing about US marines urinating on dead fighters in Afghanistan or having sex with kids in places like Abu Ghraib. Yet all of a sudden everyone seems to be grabbing their baseball bats whenever their political existence is threatened. Where were they when Iraq was being destroyed right in front of their eyes?