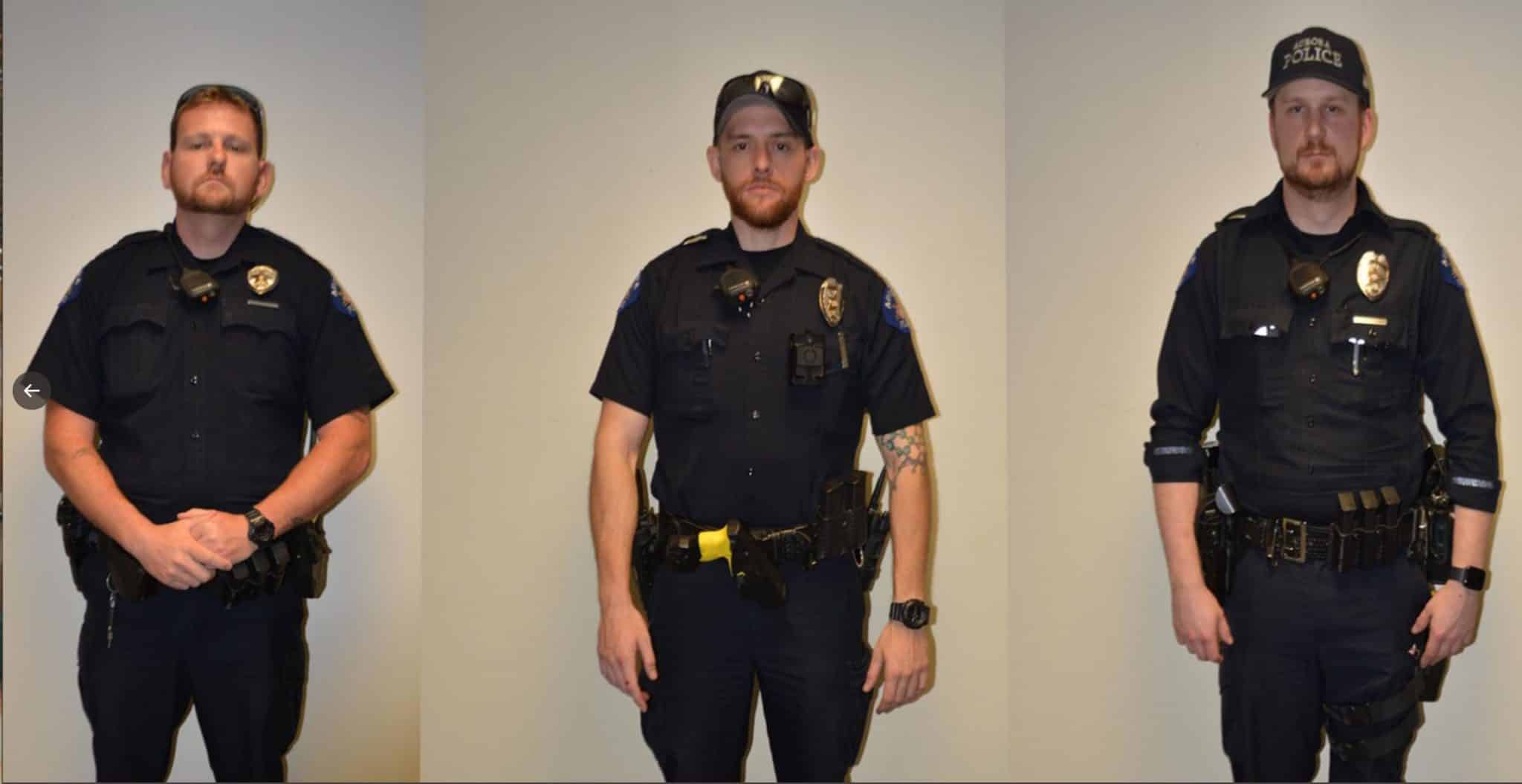 Conan Daily: African-American man Elijah McClain bought some bottled tea for a cousin from a convenience store in the evening of August 24, 2019. Just after 10:30 p.m. that evening, he was walking home from the store when three cops confronted him in the 1900 block of Billings Street near Colfax Avenue and Billings Street in Aurora, Colorado, United States.

This WAS Elijah McCain, Mr. Trump.  He was murdered on your watch. 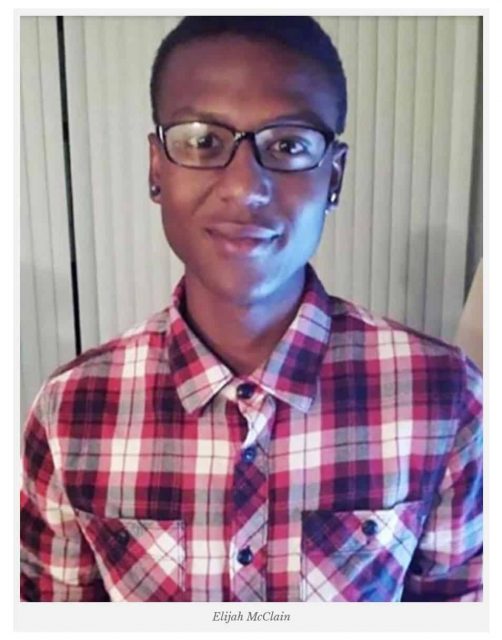 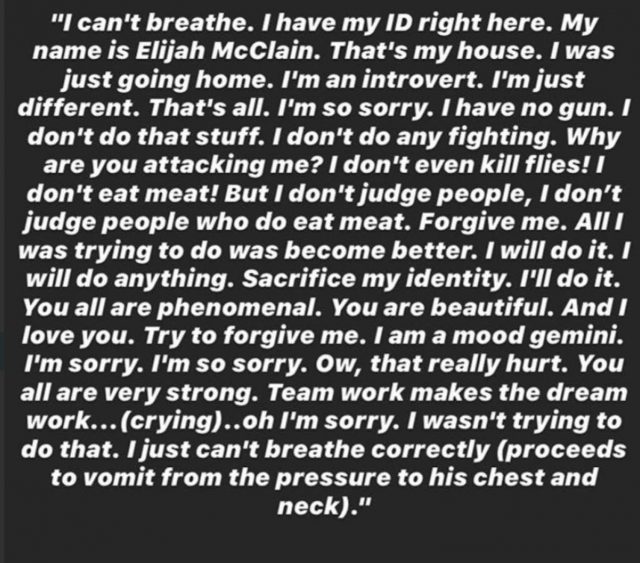 Wearing a ski mask while carrying groceries, McClain was stopped by Aurora Police Department officers Nathan Woodyard, Jason Rosenblatt and Randy Roedema. The cops were responding to a 911 call accusing the African-American man of being suspicious because he was wearing a mask.

McClain refused to stop when the cops first contacted him. When one of the  officers touched him, he said, “Let me go.”

“No, let me go,” McClain continued. “I am an introvert. Please respect my boundaries that I am speaking.”

The three APD officers eventually took McClain down after wrangling him. All of the cops’ body cameras were knocked off of their uniforms during the struggle but audio can still be heard and at one point, the arrestee could be heard saying, “I can’t breathe.”

While handcuffed, McClain was tackled to the ground and put in a carotid hold by Woodyard, Rosenblatt and Roedema. The cops then called Aurora Fire Rescue and Falck Ambulance  to render professional medical attention.

In an attempt to sedate McCain, the first responders injected the arrestee with 500 milligrams of ketamine. They transported him via an ambulance to a nearby hospital.

On August 28, 2019, Woodyard, Rosenblatt and Roedema were placed on paid administrative leave but they eventually returned to work. Meanwhile, here are 13 facts about McCalin: