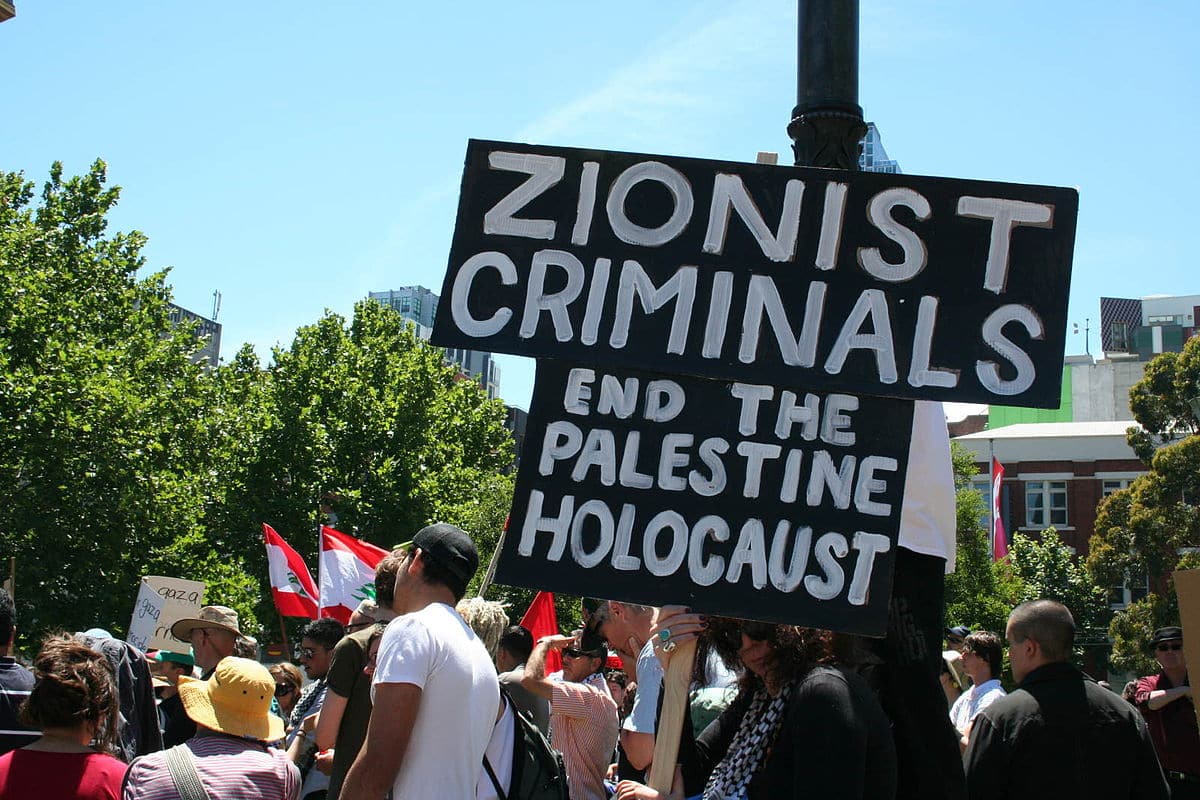 Black Lives Matter UK (BLMUK) have been accused of using language associated with antisemitism ‘after claiming “mainstream British politics is gagged of the right to critique Zionism.’’ 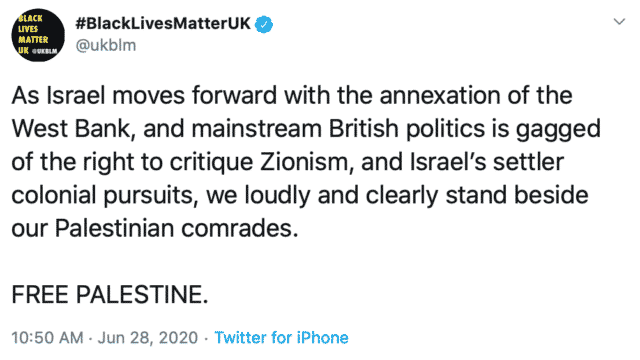 A post on the movement’s official Twitter feed expressing opposition to the proposed annexation of the West Bank also accused Israel of pursuing ‘’settler colonial pursuits.’’

The Board of Deputies president Marie van der Zyl tweeted it was “beyond disappointing” that a “supposedly anti-racist organisation has leaned into the antisemitic trope that British politics is “gagged” in terms of debating Israel, a claim particularly preposterous because Israel is one of the most-discussed foreign policy issues in this country.”

Karen Pollock, chief executive of the Holocaust Educational Trust, added it was “disappointing and dangerous to post something like this to thousands of followers who sincerely want to fight racism.’’

She added:”Gagged? Gagged by whom? The insinuation is depressingly clear.’’

“That people suffer abuse & prejudice because of the colour of their skin is abhorrent & we are actively involved in this fight as a community. But please do not fight racism with racism – we must be allies.’’

BLMUK sparked anger on Sunday morning with an opening tweet that read: “As Israel moves forward with the annexation of the West Bank, and mainstream British politics is gagged of the right to critique Zionism, and Israel’s settler colonial pursuits, we loudly and clearly stand beside our Palestinian comrades. FREE PALESTINE.’’

In America the BLM movement had previously issued lengthy attacks on Israel and tried to link the Palestinian cause with their own.

But they had appeared to have toned down the inflammatory attacks in recent months.

In a lengthy thread on its Twitter site BLMUK also suggested that more than 40 Jewish groups around the world had’’ opposed “cynical and false accusations of antisemitism that dangerously conflate anti-Jewish racism with opposition to Israel’s policies and system of occupation and apartheid”.

The group attempted to support their claim by linking to articles published by the Jewish Voice for Peace organisation in America.

The same organisation were recently forced to distance themselves from false claims that Israel had trained the ex-policeman who killed George Floyd.

The BLMUK tweets also link to an article published by The Independent in 2018 which aimed to conflate the Palestinian cause with the struggle against anti-Black racism.

But the legitimacy of the UK BAME groups supporting the article was later questioned, with many of the organisations linked to the same individuals.