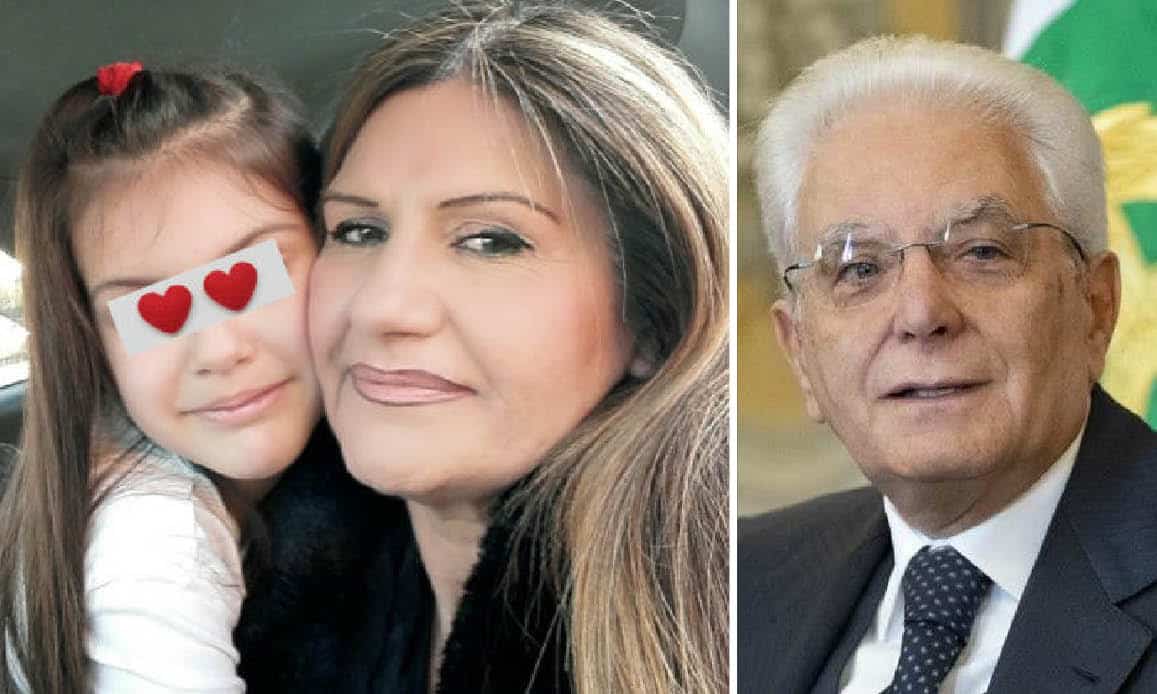 The Italian Ministry of Justice was too busy dealing with the release of the mobsters and other sick inmates in the pandemic emergency to deal Ylenia. She is the 9-year-old heart-sick child with attention-deficit and hyperactivity disorder A.D.H.D. kidnapped from her mother by the judges without a founded and detailed reason and, despite his poor health, entrusted to a public structure.

There she had to be padded for months with the powerful antipsychotic Risperidone to allow her to endure the serious trauma of separation from the only parent who raised her. And now the same blind, sinister, grim and perverse system that allowed the horrors of the Forteto and Bibbiano wants to proceed to custody of another family …

He celebrated 10 years in a juvenile structure while his mother Sabrina Soster from Latina went from one square to another, from one TV to another to launch her appeal. He even challenged the lockdown of Covid-19 to demonstrate for three days under the Quirinale raising his plea for help. She was kindly received by the secretariat who invited her to go home because President Sergio Mattarella would have responded.

After a few days, the laconic and bureaucratic letter from the Secretariat of the Presidency of the Republic arrived.

«I wish to express to you the most sincere, human understanding for your suffering as a mother. However, I regret to inform you that, according to the constitutional dictation, the Head of State does not have powers of initiative or intervention on the story you have complained about. It is therefore not possible to meet your request and I can only urge you to trust the decisions of the judiciary, whose task is to operate in compliance with the law and in the exclusive interest of minors».

These few sentences from Pontius Pilate sent to the secretariat, on a case that hundreds of Italian newspapers and bloggers have followed and are following, they do more harm. Because they are written on a letterhead of the General Secretariat of the Presidency of the Republic – Office for Affairs of the Administration of Justice, therefore institutionally suited to administer justice by addressing any gaps in the same in urgent, dramatic and particular cases.

But above all because the Head of State for “constitutional dictation” is also president of the Superior Council of the Magistracy, an organ of self-government of the magistrates on which the start of inspections and disciplinary initiatives also depends on the Juvenile Courts and their judges.

Sabrina had confidence in the judiciary and remained good and good waiting for developments, respecting the prescriptions of the guardian, despite the crying of the girl on the phone.

The result is that on 8 July there will be a hearing at the Juvenile Court of Rome in which the possibility of giving Ylenia in hetero-custody to another family will be evaluated. Everything is based on a CTU (Office Technical Consultancy) of those artfully written so as not to admit major errors upstream of all measures.

This is why only now, a few months late, we are publishing this letter from the Quirinale which certifies that it has not learned anything from the scandals on the management of minors in Italy. But there is also a very serious and worrying ignorance on the subject …

«Regarding the protection of minors and parental inadequacy, among the dysfunctions and contradictions present at the regulatory and application level, the excessive use of the formula” of parental inadequacy” was reported, which is present in about 39% of cases of removal, in the face of cases of mistreatment or abuse, equal to only 4%».

The bicameral Commission for Children and Adolescents chaired by the former blue deputy Michela Vittoria Brambilla wrote these words in the final report approved on 17 January 2018 which added other disturbing considerations.

«In Italy, most of the removal of minors from their families takes place on the basis of this assessment, which appears discretionary and arbitrary, but which represents the main criterion of hetero-family custody. There is therefore a generalization of the remedy for the removal from hypotheses that do not constitute a suitable legal basis to justify it; all the more so, where the motivation concerns a personological or generic evaluation of the suitability or not to be parents».

The Parlamentary Commission pointed out: «in 100% of cases the motivation for the expulsion is found in absolutely generic evaluations and even in certain cases of “accidents” on the personal opinions of the interested parties: social workers-family of origin».

If Mattarella had focused on Italian children as much as on the Parliamentary Commission on banks, on migrant emergencies and on alliances with the Muslim Brotherhood of Qatar, important partners of Italy in the Weapons’ Lobby, perhaps something would have already changed on the minor planet …