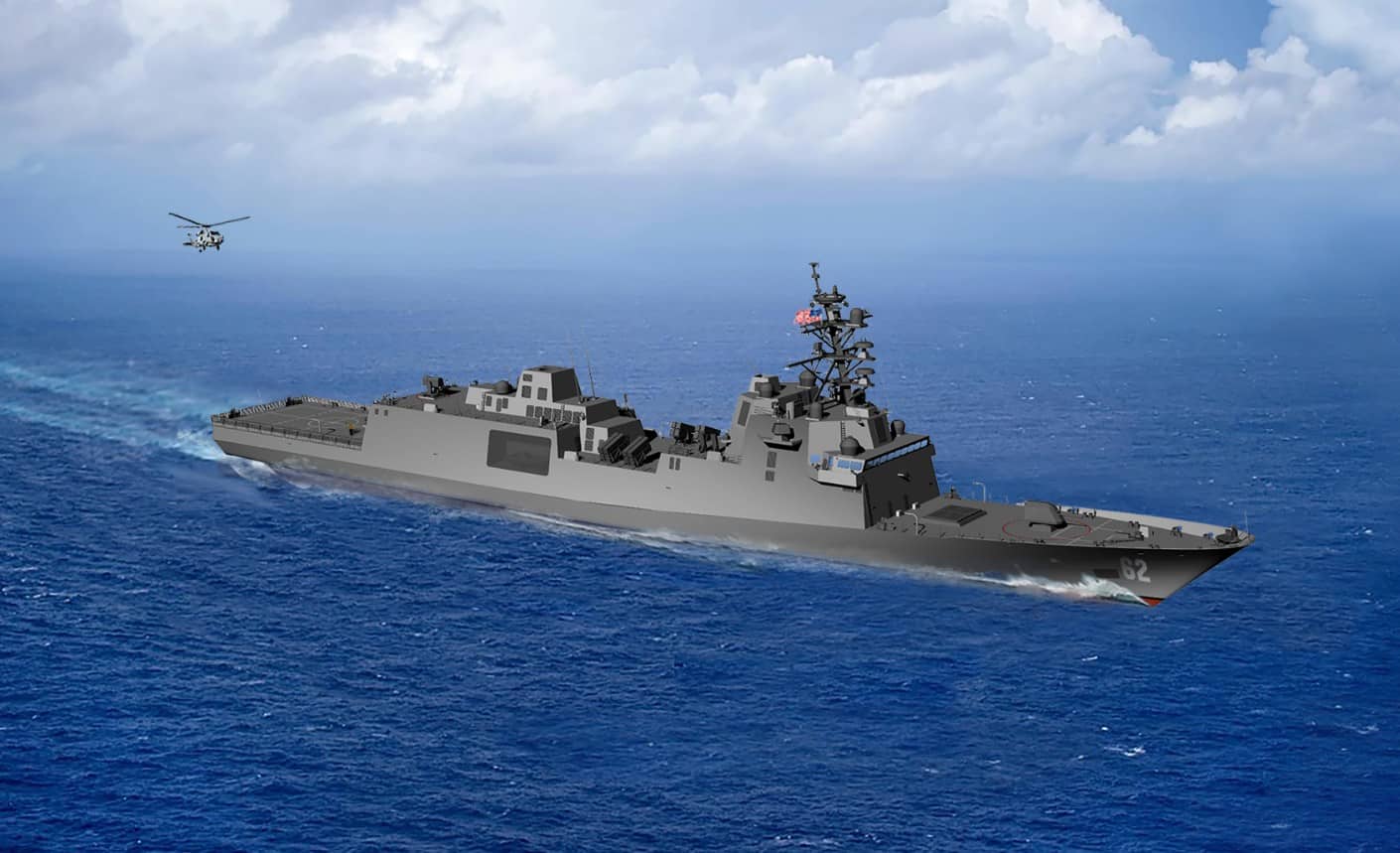 IN WHAT SOUNDED like a confession that his administration is corruptly using federal funds to boost his re-election campaign, President Donald Trump told workers at a shipyard in Wisconsin on Thursday that “one of the big factors” in the Navy awarding a $5.5 billion contract to their firm was, “your location in Wisconsin, if you want to know the truth.”

From the Milwaukee Independent:

Several shipbuilding companies may have grounds to file formal complaints with the U.S. Navy and the Government Accountability Office after President Donald Trump on June 25 suggested a multi-billion dollar weapons contract was awarded to a Wisconsin company because of its status location in a key 2020 battleground state.

Speaking to workers at Fincantieri Marinette Marine on June 25, Trump said the company was selected for the $5.5 billion contract to build 10 guided-missile frigates because of the speed and maneuverability of its existing ships—and because of the company’s location in a swing state.

“I hear the maneuverability is one of the big factors that you were chosen for the contract,” the president said. “The other is your location in Wisconsin, if you want to know the truth.”

“Always saying the quiet part out loud and undermining trust in government along the way,” Peter W. Singer of the think tank New America tweeted in response.

Fincantieri Marinette Marine was awarded the contract in April, beating out companies in Maine, Mississippi, and Alabama. Maine, which has not supported a Republican for president in more than three decades, is currently expected to go to presumptive Democratic nominee Joe Biden in November, and the solidly-red states of Mississippi and Alabama are expected to vote for Trump.

In Wisconsin, Biden is currently polling 10 points ahead of Trump according to a Marquette Law School survey taken on June 18. Hillary Clinton narrowly lost the battleground state in 2016 by fewer than 23,000 votes.

The president’s startling admission came as he veered off-script during a speech to employees of Fincantieri Marinette Marine, the firm chosen by the Navy on April 30 to build 10 new guided-missile frigates for its FFG(X) program. The Wisconsin firm was chosen over rivals that build ships in Alabama, Mississippi and Maine — three states that are far less important in the electoral college.

As he read aloud a description that the frigates would be the “fastest, most advanced, and most maneuverable combat ships anywhere on the ocean,” Trump looked up and ad-libbed: “I hear the maneuverability is one of the big factors that you were chosen for the contract. The other is your location in Wisconsin, if you want to know the truth.”

Trying to win Wisconsin votes by claiming he pushed the contract to them? Nice.https://t.co/MoObTM5FdM via @defenseone

The president then boasted that the “massive deal” would boost employment in the state, which he won by less than 23,000 votes in 2016, by allowing the firm to keep “your 1,500 full-time employees” on staff and hire another 1,000 people “all across the shipyards in Wisconsin.” (The shipbuilding firm actually employs 2,500 people in Wisconsin right now, not 1,500.)

Trump suggests that Wisconsin was awarded $5.5B Naval Frigate contract to influence his reelection | The Milwaukee Independent #SmartNews Is that not considered bribery? https://t.co/CXtvKfZQuu

Trump also claimed that “an estimated 15,000 additional new jobs will be created through the Wisconsin supply chain,” as a result of the contract. Moments later, Trump changed that estimate to 9,000 new jobs, without explaining why.

Both estimates seem to be vastly inflated. Rep. Mike Gallagher, a Wisconsin Republican who serves on the House Armed Services Committee, said in April that the contract could create “more than 5,000 direct and indirect jobs” over the course of its 10-year duration. The projection seemed to come from Fincantieri, the shipbuilding firm, which told reporters that the contract could create 1,000 new jobs at the shipyard and 4,000 more at the company’s suppliers.

The president’s remarks, which were transcribed by the White House, could be grounds for one of the three firms that lost out on the contract — Ingalls Shipbuilding of Pascagoula, Mississippi, Austal USA of Mobile, Alabama and Bath Iron Works of Bath, Maine — to file a protest with the Government Accountability Office’s Procurement Law Division. As the U.S. Naval Institute’s news site reported earlier this month, none of the firms contested the decision during the 30-day period after the bid was accepted, which is normally when protests are filed. But there is nothing normal about the commander-in-chief publicly admitting that the government contracting process was corrupted by political considerations.  read more..