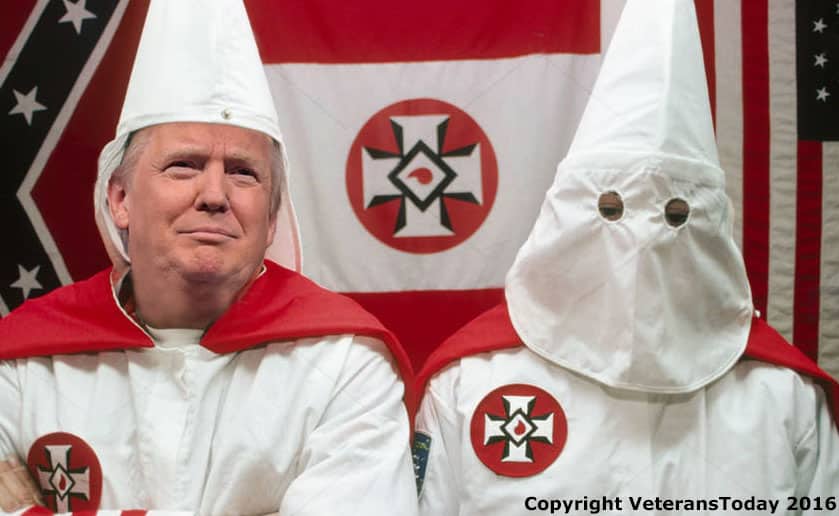 But let the record show that a man named George Perry Floyd Jr. changed the world. Even in Israel we’ve seen it– with the police killing of Eyad Hallaq – because, in death, George Floyd forced us to look

Donald J. Trump will go down in history as the last president of the Confederacy.

May his name and memory be blotted out.

Donald J. Trump will go down in history as the last best hope of the Ku Klux Klan, of American white supremacism, of the Aryan Nation, of American Neo-Nazis.

May his name and memory be blotted out.

With America bleeding from the head, mourning, stricken, riven, rudderless, lost, Donald J. Trump had nothing better to do with his time on Tuesday morning but to attack a 75-year-old man who was standing in silent protest when Buffalo police shoved him without a second thought to the ground and stood aside as he lay there. Blood coming from his head.

The officers have been charged with second-degree assault and have been suspended without pay.

But Donald J. Trump, repeating a conspiracy theory, told the world that protestor Martin Gugino, a cancer patient, “fell harder than he was pushed,” and accused him – without a shred of evidence – of being a possible “ANTIFA provocateur” carrying out a “set up” against the police.

“Oh Lord, ugh,” Republican U.S. Senator Lisa Murkowski gasped when she was shown Trump’s tweet. “Why would you fan the flames?”

But she knew why. Everyone knows why.

He does nothing else.

Let the record show that when Donald J. Trump was called upon to save his nation and heal his people, he could bring himself only to fume over media coverage, defile a church and the Bible with a campaign stunt, deceive and exploit and disgrace the chairman of the Joint Chiefs of Staff, and threaten to unleash “the most vicious dogs and most ominous weapons, I have ever seen” on protesters, who would be “really badly hurt, at least.”

Let the record show that, at the same time, a man named George Perry Floyd Jr. changed the world. That, in death, he has sparked a reassessment of callous, lethally dangerous police practices and policies. We’ve seen it here in Israel. We’ve seen it because the police killing of Eyad Hallaq, 32, an unarmed, disabled Palestinian man who worked at and attended a Jerusalem school for special needs near the scene of the shooting, might have gone all but unnoticed had it not been for the eruption of moral outrage in America.

We’ve seen it because George Floyd, in death, forced us to look.

Let the record show that in the wake of George Floyd’s murder, long-standing statues of slavers, genocidal racists, and traitorous, slavery-defending generals have begun to come down in America and abroad.

But let the record show, as well, that the America of Donald J. Trump breathed new life and hope into the likes of Harry Rogers, 36, a Virginia man who, officials said, is an “admitted leader” of the Ku Klux Klan and “a propagandist of Confederate ideology.”

Rogers has been charged with assault, battery, malicious wounding and felony vandalism for driving his truck at speed directly at a crowd a peaceful protestors Sunday night in downtown Richmond.

Richmond, the capital of the Confederacy, where officials are preparing to take down 100-year-old monumental statues of Robert E. Lee and other prominent generals who, in the nation’s most grievous, still-festering act of treason, made war against the United States of America in order to preserve, protect and defend the brutality, rape, murder and degradation inherent in the ownership of black people by white people.

When Donald J. Trump finally leaves office, let the passing of his rule be marked by symbols of appropriate pettiness, nastiness, and deviousness. Such as burying a collection of dog whistles in a vacant lot.

No statues of Trump. Ever. Use the money for good. Use the metal to build a new school, perhaps, or a hospital, or a food bank.

May his name and memory be blotted out, by doing justice, by loving mercy, and by walking humbly with one’s God.

May his name and memory be blotted out, by equal rights, by equal protections, by equal opportunities.

May his name be blotted out, by the right to vote.

No statues of Trump, ever.