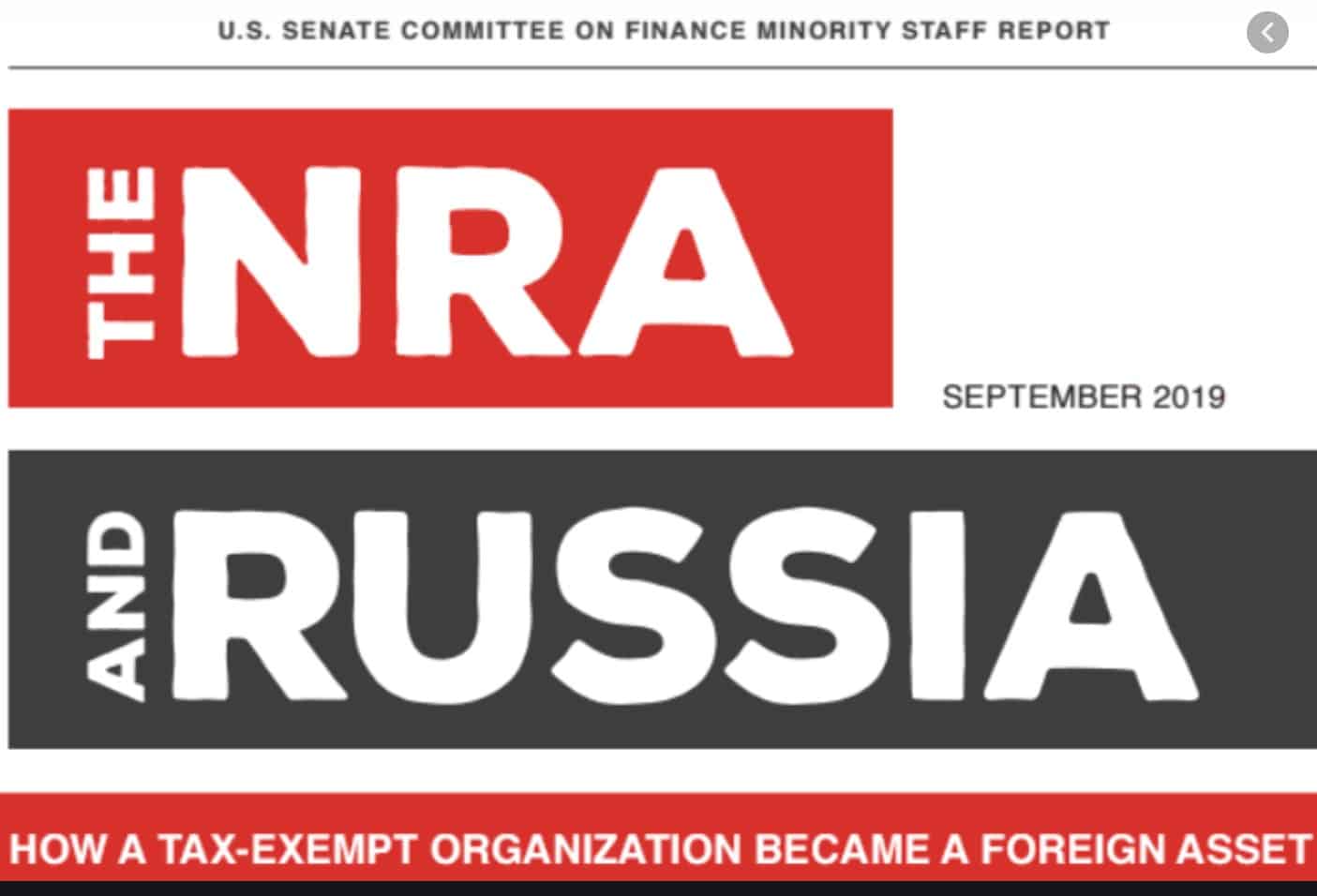 [ Editor’s Note: The long running festering corruption in the NRA should have been dealt with long before now. Sure, I understand that civic associations should be free of government interference but, that said, they have oversight by the states in which they are chartered.

In the NRA’s case, it was the New York Attorney General Letitia James who launched an investigation into financial irregularities. You can read about those below, the typical ‘God complex’ expenses account padding like $200,000 in expensive suits and a quarter million in what I assume were luxurious trips.

This scam involved padding advertising accounts and then having them pick up the tab for these items. But Letitia James has some bite she can lay on Mr. LaPierre’s behind, as noted in an NPR interview, April 29, 2019:

“The New York AG has the ability to oversee nonprofits in the state and also a unique set of remedies if it finds wrongdoing. If it finds wrongdoing, it could punish a nonprofit by removing their board of directors or forcing them to pay – repay money wrongfully obtained or, even in extreme cases, to force organizations to cease operations or dissolve.”

La Pierre was also trying to get the organization to buy a $6 million golf course mansion for him, despite his multi-million dollar salary.

Investigations and litigation like this can go on for years. I have found nothing yet on any conclusions. I suspect that, despite the FBI having been looking into the alleged Russian money laundered into the Trump campaign, his friendly William Barr has that investigation on the slow boat to China.

As the famous great battle quote of all times goes, “The issue is still in doubt”. Insiders say that his quirks have been tolerated because “he always wins”. And the famous saying for that situation is, “Don’t sweat the small stuff” …Jim W Dean ]

Guardian: After spending over $30m of laundered Russian cash to help elect Donald Trump in 2016, the National Rifle Association faces a deepening financial crisis with over 200 staff layoffs and furloughs in 2020, according to three NRA sources, gun analysts and documents.

The drop in revenues accelerated in 2019 when several large NRA donors began a drive to oust LaPierre over allegations of mismanagement and self-dealing, and to promote reforms. The website helpsavethenra.com, which is headlined “Retire LaPierre”, boasted in December that $165m in donations and planned gifts had been withheld.

The donor revolt has been spurred in part by several reports of lavish personal spending by LaPierre. The Wall Street Journal revealed last year that according to the NRA’s former ad firm Ackerman McQueen, which has been in legal battles with the NRA and LaPierre, he took about $240,000 worth of trips to Italy, Hungary, the Bahamas and other locales that were charged to the ad firm.

The Journal reported that the ad firm had paid for about $200,000 in expensive suits for LaPierre, including some from a Beverly Hills boutique.

TAXES TAXES TAXES TAXES Any and all financial documents showing who he owes and who backed him (Russian oligarchs). Deutsche bank. Also GOP emails, financials, why did they spend 7/4/18 in Russia? Did they return Russian NRA $? Who paid off Kavanaugh’s debts, Tara Reade’s debts!

Two attorneys general in New York and DC have reportedly been investigating whether the NRA abused its non-profit tax-exempt status in different ways such as improperly transferring funds from an NRA Foundation to the NRA.

It's the latest roadblock in trying to untangle the NRA's links with a sanctioned Russian figure.https://t.co/FDOeiNHzv7 pic.twitter.com/vTu8CLnfra

Further, the AGs are said to be examining the allegations of self-dealing by NRA leaders, including financial transactions involving LaPierre, the NRA and the former ad firm.

If the AGs bring charges, the NRA could lose its coveted non-profit status in New York, where it has long been chartered.  read more…