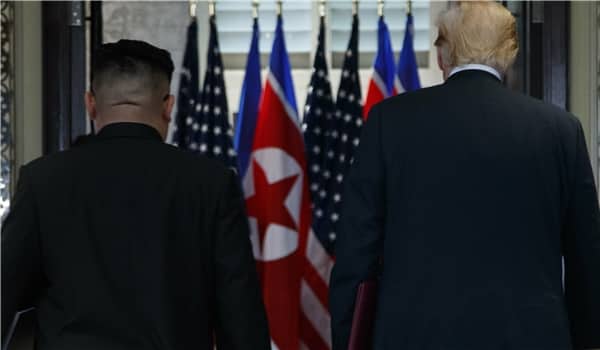 TEHRAN (FNA)- US Secretary of State Mike Pompeo jeered at President Donald Trump behind his back, slipping John Bolton a note reading “He is so full of s**t” when the American delegation met with North Korean leader Kim Jong-un for negotiations in 2018, according to an excerpt from former National Security Adviser’s book obtained by The New York Times.

It is unclear from Bolton’s upcoming memoir, “The Room Where It Happened”, what exactly Trump stated or did to trigger such a reaction from his top officials.

In the memoir, the now former national security adviser says that a month after the 2018 meeting with Kim, Pompeo dismissed Trump’s diplomatic efforts with North Korea noting there was “zero probability of success”, Bolton wrote.

Bolton described several instances in which Trump expressed a willingness to stop criminal investigations “to, in effect, give personal favours to dictators he liked”, mentioning cases involving big Chinese and Turkish market players.

“The pattern looked like obstruction of justice as a way of life, which we couldn’t accept,” Bolton wrote, adding that he shared his concerns with Attorney General William Barr.

Further in the book, Bolton reportedly alleged that the president blatantly used trade negotiations to fulfill his political goals. According to the daily, citing the memoir, Bolton claimed Trump sought to talk Chinese President Xi Jinping into buying massive amounts of US agricultural products to help him win farm states in the upcoming vote.

The president was “pleading with Xi to ensure he’d win. He stressed the importance of farmers, and increased Chinese purchases of soybeans and wheat in the electoral outcome,” the 592-page memoir is cited as saying by the newspaper.

Bolton’s bombshell book also purportedly details a number of Trump’s foreign policy gaffes, from not being aware that Britain is a nuclear power, to asking whether or not Finland, a Scandinavian country, was a part of Russia.

The 71-year-old former attorney, who has decades of experience working in Republican administrations, took special aim at intelligence briefings during his time in the White House claiming they were a waste of time as much of them were spent “listening to Trump, rather than Trump listening to the briefers”.

Separately, Bolton, who was confirmed as national security aide in late March 2018, accused Trump of pitting staff against each other, citing an episode when the president told him Pompeo’s predecessor Rex Tillerson once directed a sexist remark to then-UN Ambassador Nikki Haley.

Tillerson also reportedly once called Trump a “moron” behind his back.

In the run-up to the tell-all book’s expected publication, the president filed a lawsuit on Tuesday attempting to halt it, insisting that the memoir contains classified material.

On Monday, Trump told reporters that his former confidante will have “a strong criminal problem” if the book hits shelves.

Trump sacked Bolton in September 2019 over policy misunderstandings on Afghanistan, Iran, and North Korea, tweeting at the time that he “disagreed strongly with many of his suggestions, as did others in the administration” and saying Bolton’s services were “no longer needed at the White House”. 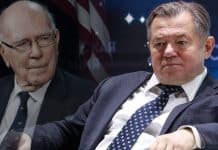