Two lawyers who own a magnificent home on a “private” street may well be protecting their home from peaceful demonstrators.  They claim that a mob tore down gates and broke into a private community as part of a riot.

There was no riot but there was a mayor hiding from the community in one of many gated streets, called private but hardly private, a leftover from the 18th century when robber barons in St. Louis walled themselves off from their victims.

“The private streets of St. Louis are famous.

Long before modern-day zoning and regulations, a segment of St. Louis high society chose to separate itself from the rest of the population, often living in the predecessors of modern suburbia designed by Julius Pitzman. Most of these private streets still exist, though some, such as Vandeventer Place, were annihilated in the mid-20th century. Today, these elite refuges for the wealthy are viewed by today’s St. Louisans as wonderful reminders of the glory days—or as telling relics of unresolved class resentment. Regardless, it’s interesting to see what the contemporary observer of these private streets, as the streets were being platted and sold, thought of these St. Louis inventions.

An interesting article from May 6, 1895, in the now-defunct St. Louis Republic offers insights into the institution of private streets around the year 1900 when most of the Pitzman designs opened. There is always certain confidence in newspapers at the time, and the article opens with a humblebrag about the recently opened Union Station, which was the largest and busiest train station at the time. The author remarks that since all rail traffic passes through the terminal, out-of-town visitors do not have the opportunity to see any of the city while transferring to other rail depots, despite the fact most private streets are not located anywhere near downtown St. Louis.

But the reporter does go on to include an insightful quote from a driver who provided tours to visitors:

“Everyone is surprised and delighted at our private places, and notably Vandeventer, Westmoreland, and Portland; these being the three most convenient to include in a two hours’ ride.”

The conversation later turned to the visitors’ amazement at the well-tended boulevards that separated grand carriageways. A few wondered aloud how the money was raised in order to keep all the gardeners paid. Vandeventer Place was famous, of course, for requiring unanimous approval of all landowners for any change in the restrictions put in place at its founding. There are rumors that it’s still difficult for the residents of some private streets in St. Louis to keep the bills paid for the large numbers of privately held streets or medians. 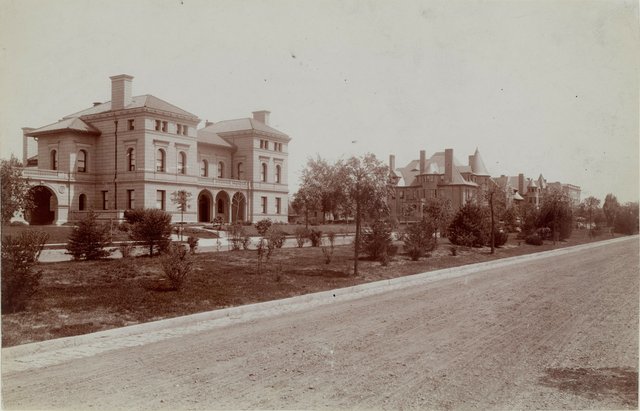 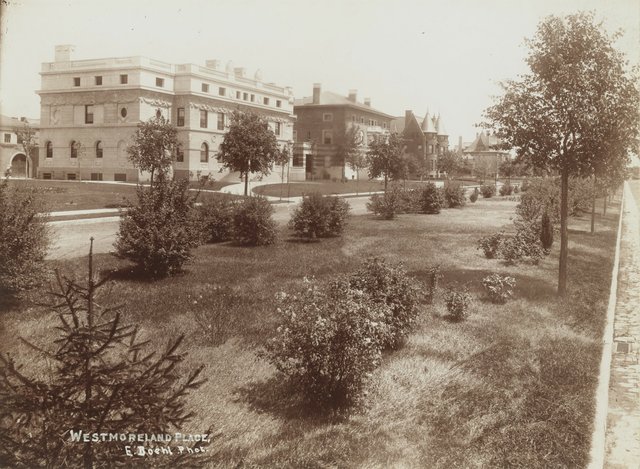 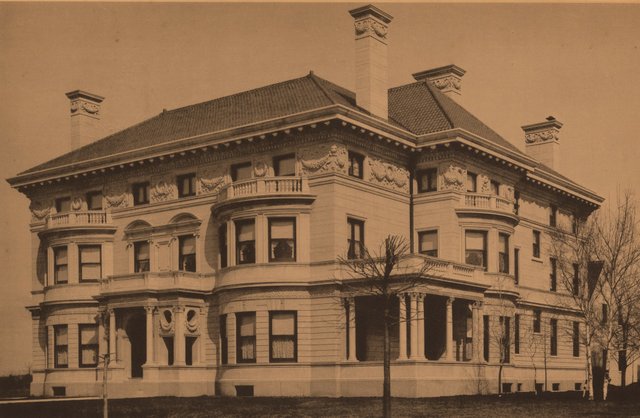 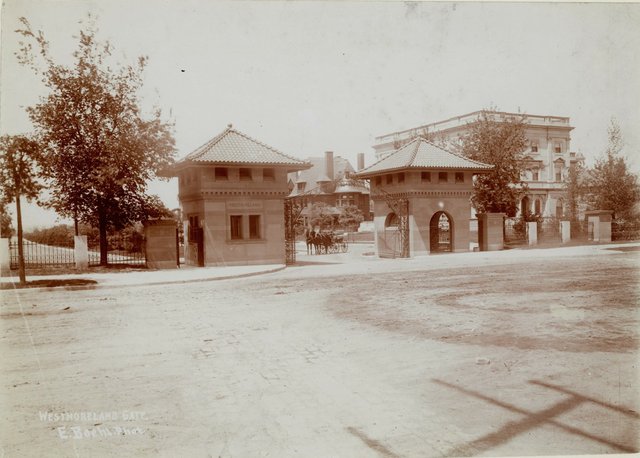 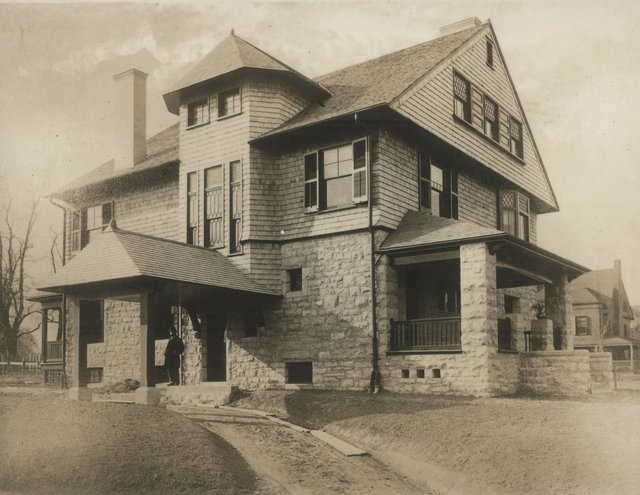 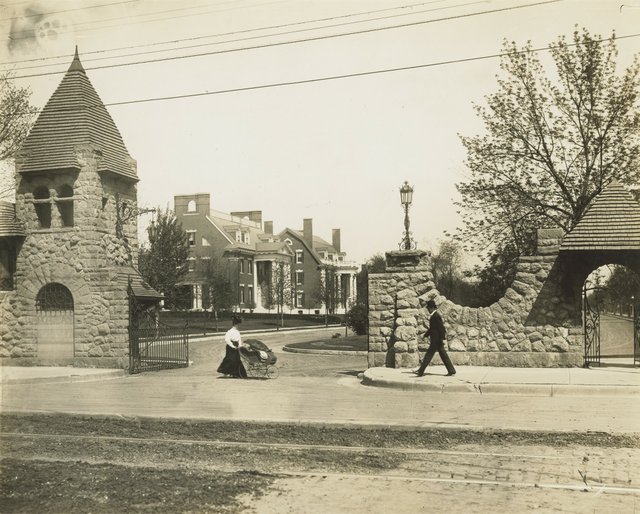 While the eventual demise of Vandeventer Place is famous—Grand Center transformed from an exclusive residential area after the Civil War into a second downtown in the early 20th Century, signs of its weaknesses were already showing in 1895″

Did Donald Trump by ‘Crazytweet Proclamation’ legalize ‘brandishing?’  How can police ever respond to real threats when Trump endorses pointing guns, menacingly, at members of the public as ‘free speech?’

Guardian: Donald Trump courted controversy on Monday – and perhaps sought to deflect attention from reports about Russia placing bounties on US soldiers in Afghanistan – by retweeting news footage of a white couple in St Louis, Missouri who pointed guns at protesters marching for police reform.

By 'retweeting' the McCloskey's 'brandishing and menacing' peaceful protesters, is pointing a loaded weapon, even at police, now considered a constitutional right, a form of free speech? pic.twitter.com/4Dt8RZygMI

The president’s action came a day after he retweeted footage of protesters clashing in Florida in which a Trump supporter could be heard to say “White power! White power!”

A couple pointed guns at protesters in St. Louis as a group marched toward the mayor's home to demand her resignation. https://t.co/5EqDd43QCd pic.twitter.com/KWNaif77ch

That retweet was deleted from the president’s account after a few hours, a White House spokesman saying Trump had not heard the inflammatory words before sending the footage on to his supporters.  A screen grab of Trump’s soon to be deleted again crazytweet. 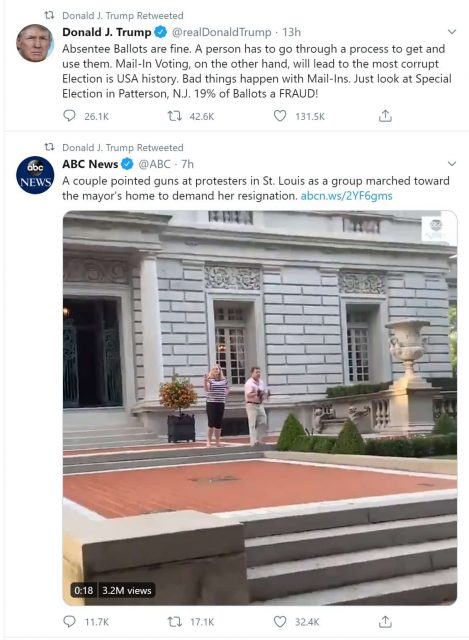 The protesters in St Louis were marching to the mayor’s home to demand her resignation.

In a Facebook live briefing on Friday, Lyda Krewson read the names and addresses of several residents who wrote letters suggesting she defund the police department. The video was removed from Facebook and Krewson apologized on Friday, stating she did not “intend to cause distress”.

On Sunday evening a group of at least 500 people headed towards the mayor’s home, chanting, “Resign Lyda, take the cops with you.”

A social media video showed the unidentified armed white couple standing outside their home in the Central West End neighbourhood, shouting at protesters. The man carried an assault-style rifle, the woman a handgun. People in the march moved the crowd forward, urging participants to ignore them.

It was not immediately clear whether St Louis police were aware of the incident.

Krewson, who is white, was elected as the first female mayor of St Louis in April 2017, pledging to reduce crime and improve impoverished neighborhoods. Her husband, Jeff Krewson, was killed in a carjacking in 1995. She and her two young children were in the car.