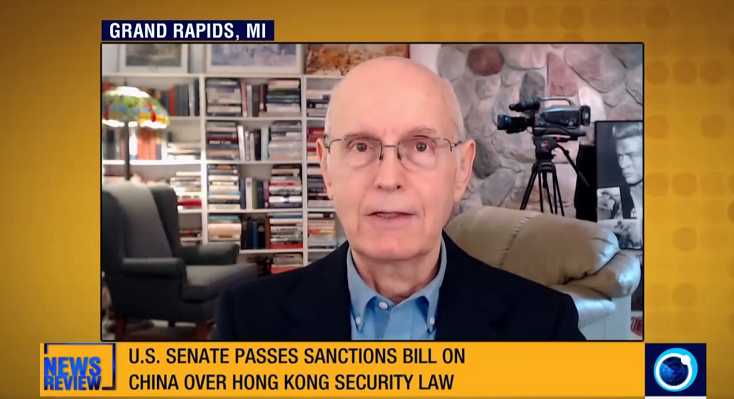 [ Editor’s Note: The US has exposed its hidden hand with the Hong Kong issue. Any country that opposes US ‘color revolutions’, which many would consider an interference in the internal affairs of another country’, will find itself being punished by US sanctions.

But wait, the craziness gets better. One of the proposals to “hurt” China is to block US sales exports, and businesses operating in Hong Kong, despite the US having a nice fat trade surplus with Hong Kong. You really can’t make this stuff up.

It does not take a geopolitical genius to see the US fingerprints on stoking the student rebellion and the huge damage it inflicted, but fortunately with not too many lives lost. But we all remember some of the cruelty, like the old man who was doused with gas and lit up while urging the protesters to stop their violent tactics.

US media of course did not cover little nasties like this, including the Molotov cocktails that rained down on Hong Kong police who were not mercenaries but Hong Kong citizens. Despite this nasty treatment by the US, China did not impose any sanctions on the US.

Both the Dems and the Repubs are fully onboard the China and Russia bogeyman game, thinking this gives them “protector of the world” status despite the obvious connotation that unipolarism is an all out assault to dominate the world economically and militarily, hand in hand.

Gosh, how VT would love to be moderator for even one of the debates. But it would be a cold day in hell before that would ever happen… Jim W. Dean ] 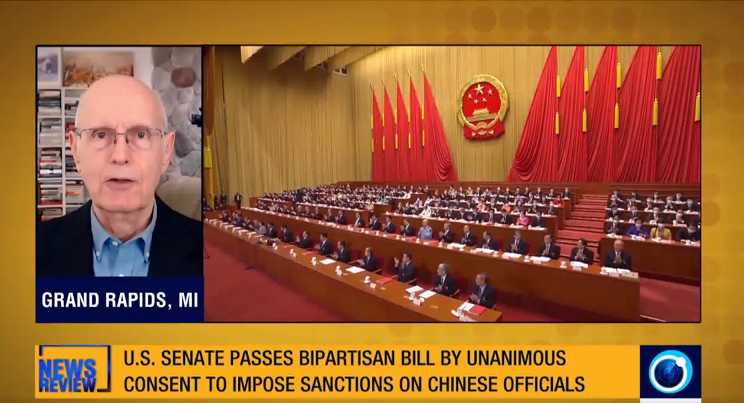 The US senate has approved a bill that would impose sanctions on China for what it calls undermining Hong Kong’s autonomy.

The bill targets Chinese officials and Hong Kong’s police as well as banks that conduct significant transactions with them. The draft, however, still needs to be approved by the House of Representatives.

The vote comes as China is pressing forward with a security law that would enforce punishment over subversion and other perceived threats in Hong Kong.

The law resulted in massive protests last year as opponents argue it would be a blow to Hong Kong’s civil liberties. Beijing views the protests as a plot by foreign powers to destabilize mainland China.