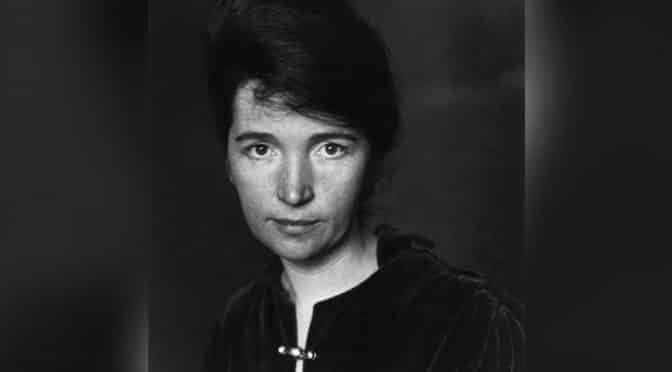 Black Lives Matter will never address that abortion and Planned Parenthood have killed more black babies than police officers could possibly even kill in more than a century.

In fact, Margaret Sanger, the founder of Planned Parenthood, had initiated a covert ideology called the Negro Project, a pernicious activity which would allow the elite to eliminate what she previously called “the feeble-minded,” the “insane,” the “mentally defective,” the “criminal,” and “the delinquent and the dependent.”[1]Sanger declared:

“The mass of Negroes, particularly in the South, still breed carelessly and disastrously, with the result that the increase among Negroes, even more than among whites, is from that portion of the population least intelligent and fit, and least able to rear children properly.”[2]

The mass media—particularly Time magazine, Salon, National Public Radio, and the Washington Post—had to do a lot of mental gymnastics in order wiggle out of Sanger’s pernicious plan. When Sanger declared that “We do not want word to go out that we want to exterminate the Negro population, and the minister is the man who can straighten out that idea if it ever occurs to any of their more rebellious members,” the Washington Post defended her by saying that this was an “inartfully written” sentence.[3] But there is no doubt that Sanger saw the Negroes as biologically inferior.[4]

What the Washington Post and other Sangerist outlets cannot dispute is that Sanger was heavily influenced by Social Darwinism and the eugenic movement that was in vogue in the 1920s and 30s.[5] Sanger wanted to limit the people who were having children by leaps and bounds, and those people were Catholics and blacks.[6]

Sanger, therefore, wasted no time in attacking the official teaching of the Church with respect to contraception and birth control. Of course, she had to appeal to “science” in order to make her hopeless case. “My own position is that the Catholic doctrine is illogical, not in accord with science, and definitely against social welfare and race improvement,” she wrote way back in 1932.[7] 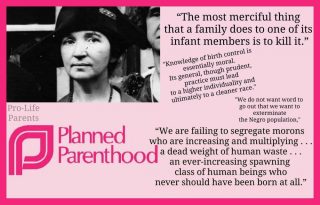 The sad thing for Sanger is that 95 percent of biologists agreed that “a human’s life begins at fertilization.”[8] Sanger, who called pregnancy biological slavery,[9] spread her eugenic ideology through Planned Parenthood and her sterilization program. As she put it, “More children from the fit, less from the unfit—that is the chief issue of birth control.”[10] Birth control, therefore, was not “in the realm of rights and freedoms, but rather in that of neo-Malthusianism.”[11] Throughout much of her life, Sanger sought to find a black minister who would understand her sterilization plan. She wrote,

“What I wish to see is the employment of an up and doing modern minister, colored, and up and doing modern colored medical man, both to come to New York and train at the Clinic [her clinic] and at the [International Planned Parenthood] Federation until they are oozing with birth control as well as population.”[12]

This black minister would spread her ideology “as to our ideals and the goal that we hope to reach.”[13] Sanger got what she was looking for in 1929 when a black social worker by the name of James H. Hubert, executive secretary of New York’s Urban League, answered her call. Historian Cathy Moran Hajo, worked for over 25 years as the Associate Editor and Assistant Director of the Margaret Sanger Papers at New York University, writes:

“Opened in February 1930 with the backing of Harlem’s elite, the branch clinic had its own fifteen-member advisory board of African American doctors, clergymen, nurses, journalists, and social workers who advised and promoted the clinic. The clinic was publicized in the African American press, in the pulpits of some of Harlem’s most respected churches, and through medical channels.

“Sanger funded the clinic through grants from the Chicago-based Julius Rosenwald Fund and the donations of other white donors. The Harlem Branch treated 1,737 patients in its first year, about half of them African Americans. Sanger continued funding the branch, asking its advisory council to focus on ways of increasing black attendance.”[14]

Central to Sanger’s entire weltanschauung is the elimination of the moral order. She wrote again:

“Slowly but surely we are breaking down the taboos that surround sex; but we are breaking them down out of sheer necessity. The codes that have surrounded sexual behavior in the so-called Christian communities, the teachings of the churches concerning chastity and sexual purity, the prohibitions of the laws, and the hypocritical conventions of society, have all demonstrated their failure as safeguards against the chaos produced and the havoc wrought by the failure to recognize sex as a driving force in human nature—as great as, if indeed not greater than, hunger.”[15] 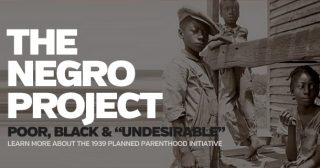 Since this was the case, then it was ideologically permissible for Sanger to get involved in multiple sexual relationships with a wide-range of people, including Havelock Ellis, Lorenzo Portet, Jonah Goldstein, Hugh de Selincourt, J. Noah Slee, H. G. Wells, Herbert Simonds, Harold Child, Angus MacDonald, Hobson Pitman, etc.

Ellis, who had a major influence on Sanger, was one of the first British eugenicists to write a book on the practices of homosexuality at the end of the nineteenth century. According to Ellis, all sexual taboos—including sexual intercourse between old men and young boys—are legitimate and fulfilling. These acts, said Ellis, are not immoral.[16]

There is more here than meets the eye and ear. It was Sanger who told her husband that she needed to free herself from the moral order by experimenting with various trysts, adulteries and fornications. “Ethical dogmas from the past,” she said, “no less than the scientific, may block the way to true civilization.”[17] But attacking the moral order again did not bring her happiness.

Biographer and sympathizer Madeline Gray writes that “Margaret was seeking poise and surcease from her recurrent depression through astrology, numerology, sex, religious cults, and friends. No wonder, despite all the talk of her twinkling laughter, most of the pictures of her taken after 1925 reveal her as sad.”[18]Sanger stated:

“We must teach men the overwhelming power of this radiant force…Through sex, mankind may attain the great spiritual illumination which will transform the world, which will light up the only path to an earthly paradise. So must we necessarily and inevitably conceive of sex-expression?”[19]

Aleister Crowley died too soon. He almost certainly would have been pleased to honor Sanger for her work, for her worldview is quite congruent with Crowley’s sex magic.[20] Sanger wrote of children: “The most merciful thing a large family can do to one of its infant members is to kill it.”[21]

Sanger would not have been able to make such a radical statement if her own mother had applied Sanger’s own ideological formula. Sanger talked about “Knowledge of birth control is essentially moral,”[22] but she obviously never crack-opened Kant’s Critique of Practical Reason, a philosophical work which logically destroys her entire ideological project.

“I think the greatest sin is bringing children into the world,”[23] she told an interviewer. She even declared in a lecture at Vassar College that the government should offer payment to “obviously unfit parents” who chose surgery or sterilization over having children. According to her, this would take “the burdens of the insane and feebleminded” from the backs of government officials.[24] Again, one must ask: What if Sanger’s mother executed that principle when she was young and defenseless?

What has Planned Parenthood done to the black community? Guttmacher Institute—which was created by Sanger’s successor of Planned Parenthood, Alan F. Guttmacher, a Jewish physician and eugenicist—reported that there were about 926,200 abortions in 2014, 28% of which were among black women.[25] In plain language, 259,336 black babies were literally killed by Planned Parenthood in just one year. That’s about 710 babies every single day! The interesting thing is that this has been going on for decades.[26] It started with sterilization, and then that got morphed into the killing of unborn children.

Guttmacher, who took over Planned Parenthood in 1962, himself admitted: “I have done occasional sterilization on adolescent females brought to me by their parents for sterilization because of serious mental retardation.”[27]

Obviously Guttmacher would pressure those parents to accept sterilization because freedom was only for “the fit.”[28] In fact, Guttmacher wanted to decrease the population by 1980. And if that didn’t happen, then “perhaps some day a way of enforcing compulsory birth control will be feasible.”[29] Guttmacher even wanted to get rid of people who had diabetes: “The fecundity suddenly bestowed upon the diabetic in 1922 by the boon of insulin is not a pure blessing, certainly not a genetic blessing.”[30]

Why sterilization? Guttmacher, who was “the most influential birth-control advocate in the world,”[31] declared in 1964: “First of all eugenic; second, therapeutic; third, socio-economic; and fourth, population control.”[32] Guttmacher added:

“We in America are primarily interested in IUDs as a means of population control in huge population groups. Any technique that would slow down or complicate insertion, when you are trying for mass population control, would be an important deterrent.”[33]

Ruling organizations like the Rockefeller-run Population Council certainly agreed with Guttmacher here.[34] In fact, Guttmacher took over the Population Council after its president, Frederick Osborn, was retired.[35] Scholars like Angela Franks argue that Guttmacher and others were never really concerned about women’s health. As Franks puts it, “It is all about the control of female fertility.”[36]

Guttmacher was eyeing on India for his essentially diabolical project. He even ignored other doctor’s warnings and health issues that the birth control pill could cause during that time. Phillip Ball, a medical doctor, remembered: “I just spoke to him before the meeting, told him my experiences. He was very irate. He just walked away from me.”[37] By the 1940s, Guttmacher had already approved abortion for, in his own words, “eugenic reasons.”[38]

The conclusion? The killing and massacre of the innocent and helpless at the hands of the rich and powerful. As Ryan Bomberger points out, “Planned Parenthood Kills More Blacks in 2 Weeks than the KKK Killed in a Century.”[39] Will Black Lives Matter advocates talk about these issues?