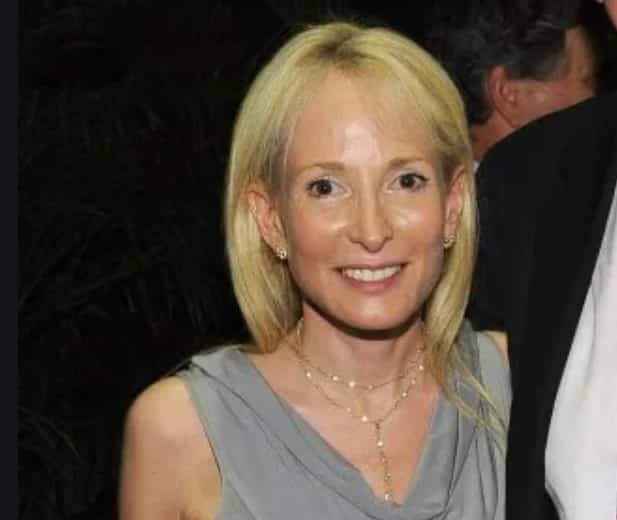 Politico: The owner of the news outlet that published the columns at the center of the Ukraine scandal helped secure an unpaid White House position for his wife — a fact the publication did not disclose to readers.

Jimmy Finkelstein, a wealthy Manhattanite who owns The Hill, was sufficiently involved that he personally discussed his wife’s arrangement with White House lawyers. His wife, former CNN producer Pamela Gross, is a longtime friend of Melania Trump, and she volunteered to help the new first lady find her footing in the East Wing.

The White House never announced Gross’ hiring, though she spent around six months advising the first lady. She filled out a security clearance questionnaire and was granted a White House email and cellphone, and a temporary access badge for use when she was in Washington.

Daily Beast:The owner of political news site The Hill reportedly helped his wife secure an unpaid White House role—but readers were never told about it. Politico reports that Jimmy Finkelstein discussed the role with White House lawyers shortly before his wife, former CNN producer Pamela Gross, was brought in as an unpaid adviser to Melania Trump.

Truth America" The HILL is owned by Trump and Giuliani Long Time Friend Jimmy Finkestein whose wife threw Melania Trump"s baby shower" Read CNN Nov 19, 2019" Jimmy Finkelstein Has Been Flying Under The Radar But Was A Key Figure in The Ukraine Scandal" ""2016"'2016 #JoeBiden https://t.co/7V7to5cBGt

The Hill’s publisher, Jimmy Finkelstein – a wealthy New Yorker, is busted for secretly getting his wife a White House job with pal Melania Trump

[Owner] "Finkelstein has been one of Giuliani’s best friends for many years, according to a former Giuliani associate. CNN reported last year that Finkelstein often boasted that he was friends with Trump as well, and that his wife once hosted a baby shower for Melania Trump." https://t.co/fFhT0rEytn

During Jimmy Finkelstein's wife's tenure at the White House, @TheHill published at least 56 stories about the first lady, none of which disclosed Pamela Gross’ work for the East Wing or her close relationship with Melania Trump. https://t.co/8CLTEkq3wj

SCOOP: Jimmy Finkelstein, a Trump friend and owner of @TheHill, the outlet published the columns at the center of the Ukraine scandal, helped secure an unpaid WH position for his wife — a fact the publication did not disclose to readers. w/ @TinaNguyen https://t.co/8CLTEkHEUT

Jimmy Finkelstein often bragged about his wife's Melania connection to others at The Hill, several former employees told me and @tina_nguyen. "He talked about it all the time. ‘Oh, well, my wife is best friends with Melania,’” one former employee told us. https://t.co/8CLTEkHEUT

Gross reportedly helped the first lady for around six months between August 2017 to February 2018. Politico obtained a July 2017 email from Finkelstein to Stefan Passantino, the White House’s top ethics lawyer at the time, saying, “Hope we can get contract soon as Pamela looks forward serving [sic] the country and the First Lady.” The arrangement was reportedly not mentioned in The Hill’s articles about Trump during the time period.

During the 2016 RNC, Jimmy Finkelstein called editors Bob Cusack and Ian Swanson upset that @TheHill had run an article about the speech the first lady had given, parts of which were widely deemed as plagiarized. Swanson nearly quit over the incident. https://t.co/8CLTEkHEUT

Finkelstein told Politico that he did not believe the arrangement posed a conflict of interest, saying, “Pamela was proud to help the first lady serve our country and the nation’s children in this way. For Pamela, this was not simply a very worthwhile effort.

The owner of The Hill that published columns at the center of the Ukraine scandal secured a White House position for his wife — a fact not disclosed to readers https://t.co/jXE4MijfEd

It was deeply meaningful on a personal level. As the daughter of a 91-year-old Holocaust survivor sent to the Auschwitz death camp as a child, she felt that joining the first lady in helping children, here and around the globe, was tremendously humbling and personally rewarding.”