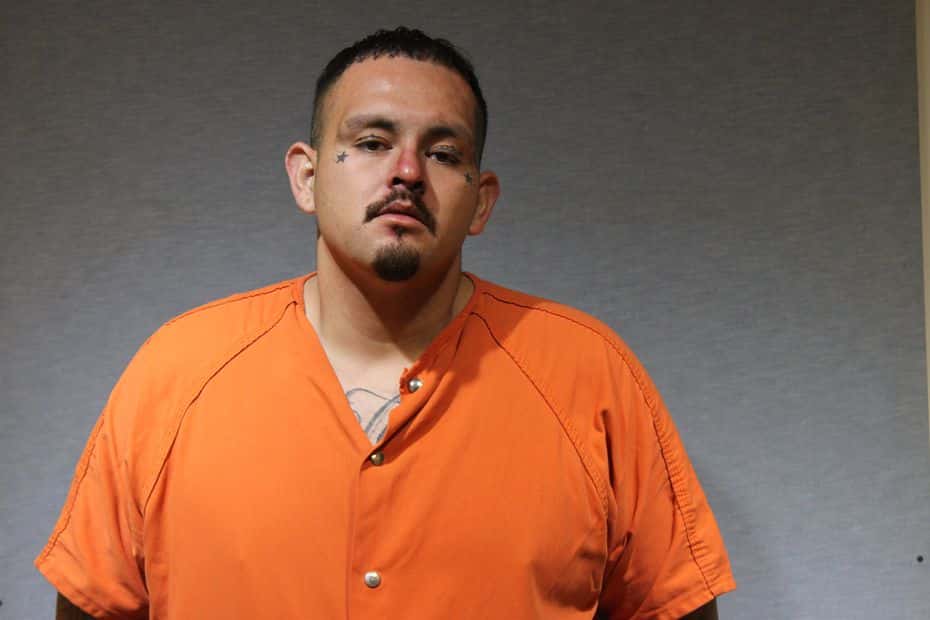 It was about 9:30 p.m. when several police officers got a call to go to a convenience store at South First Street and Glenfield Drive, Texas. It was related to a 29-year-old Gabriel Cobarrubias, who “used his car to block another vehicle that was parked at the store.”[1]

Cobarrubias, who was driving a red Infinity, was obviously asked to move his car, but he refused. “What are you gonna do?” he responded to the employee. Cobarrubias, in order to put fear in the heart of the employee, grabbed his two handguns and fired several rounds in the air. He left his car running as he moved inside the store.

When officers arrived at the scene, Cobarrubias was asked to step outside the store. However, he went back inside. When he finally got out and hastily went back to his car, police officers obviously didn’t know whether he was concealing his guns or doing something crazier. One police officer attempted to put Cobarrubias’ arms in the driver’s door in order to sort of tame him.

Yet somehow Cobarrubias managed to reverse the car, dragged the officer, ran over him, and struck another officer with the passenger door. This was not done in a corner somewhere. Videos of the entire event are available online.

Cobarrubias drove his car to a residential area and got out. Police helicopters eventually caught him in a drainage pipe with his two handguns.[2] One officer suffered a fractured bone. “The second officer was treated for scrapes to his arms and legs. Neither officer’s name was released.”[3] Cobarrubias had a criminal record: “When investigators took Cobarrubias into custody, it was later found out that he had active warrants related to a burglary in Dallas County.”

The simple question again and again is this: Where are the New York Times, the Washington Post, the Atlantic, CNN, and all the other media that are ideologically perpetuating race riots in America?

Obviously news like this do not work in their favor, therefore they ignore them completely. This is another reason why companies and organizations like Amazon, Apple, Microsoft, the ACLU, the NAACP, the Legal Defense Fund, etc., are flooding anti-police organizations with money. Do those companies care?

Take for example Amazon. They have completely banned E. Michael Jones’ books. But the same company is producing things such as The Boys, a television series which has nothing but graphic violence, rape, graphic language, adult content—we’re talking about pornography—and all kinds of disgusting carnages you could possibly imagine. Producers Evan Goldberg and Seth Rogen obviously know that young people under the age of 18 will be viewing The Boys anyway, but they attempted to appease parents by saying at the beginning of each episode:

The New York Times and the Guardian love the series.[4] What we are seeing here is that on the ground, the elite are paying violent groups like BLM to hate anything that is docile to the moral and social order. At the same time, they are working tirelessly to esthetically ruin the minds of the young, the naïve, and the very people who have been living on a steady-diet of Hollywood filth.