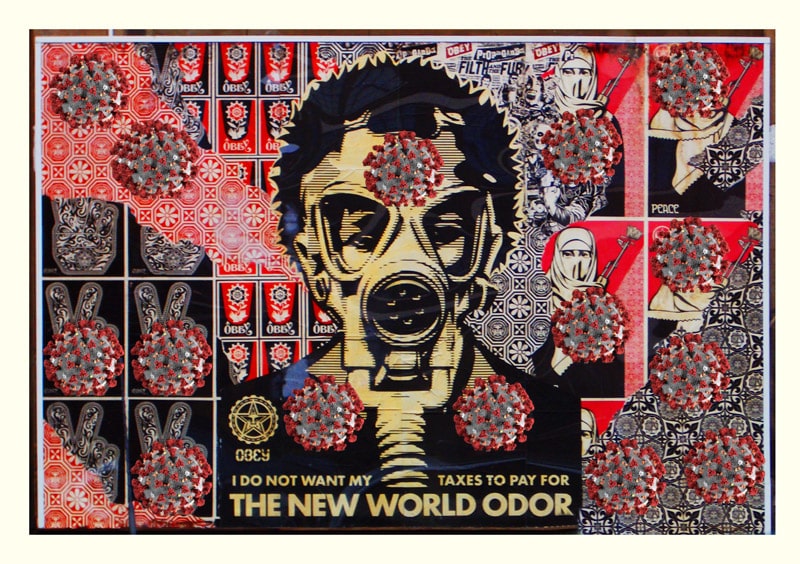 If you can’t perceive anything fishy about Jeffrey Epstein’s “suicide,” haven’t noticed the rancid stench surrounding Black Rock and the $7 trillion COVID swindle, are still oblivious to the whiff of bankster-driven biological warfare, and generally find it difficult to sniff out wrongdoing in high places, you should immediately get tested for COVID-1984—a new mutant virus that selectively targets the ability to perceive specific aromas, especially the smell of rank bullshit.

“COVID-1984 was deliberately unleashed by the Chinese government when they let it accidentally escape the Wuhan laboratory and emerge naturally from animals to infect innocent New Yorkers in order to destroy our economy and establish Red Chinese world domination, and it’s all the Russians’ and Iranians’ fault,” explained NIAID spokesperson Stenchley Stinkowitz. “If you go to church or work at a small business, it will kill you, so stay home! But big businesses, protests, and riots are fine. Anybody who disagrees with us is a threat to public health and will be immediately gagged, quarantined, re-gendered, and re-educated. And if you don’t like the smell of that, we’ll inject you with a double-dose so you’ll never sniff out anything rotten ever again.”

Stinkowitz announced that NIAID has developed an inexpensive new test to see who has been infected by COVID-1984: “Subjects are asked to sniff several randomly-selected mainstream news stories. If they smell like roses, the test is positive and the subject is released with an immunity passport allowing him or her to become a super-spreader. If the subject reports an unpleasant smell, he or she is quarantined, injected with COVID-1984, and required to re-test until a positive result is obtained. ”

NIAID strongly urges anyone who perceives an unpleasant smell emanating from the discourse of an authority figure to immediately call 1-800-CVD-1984 and schedule a test.